Connecticut drivers have paid hundreds of millions in clean air and emissions fees. Where did they go? 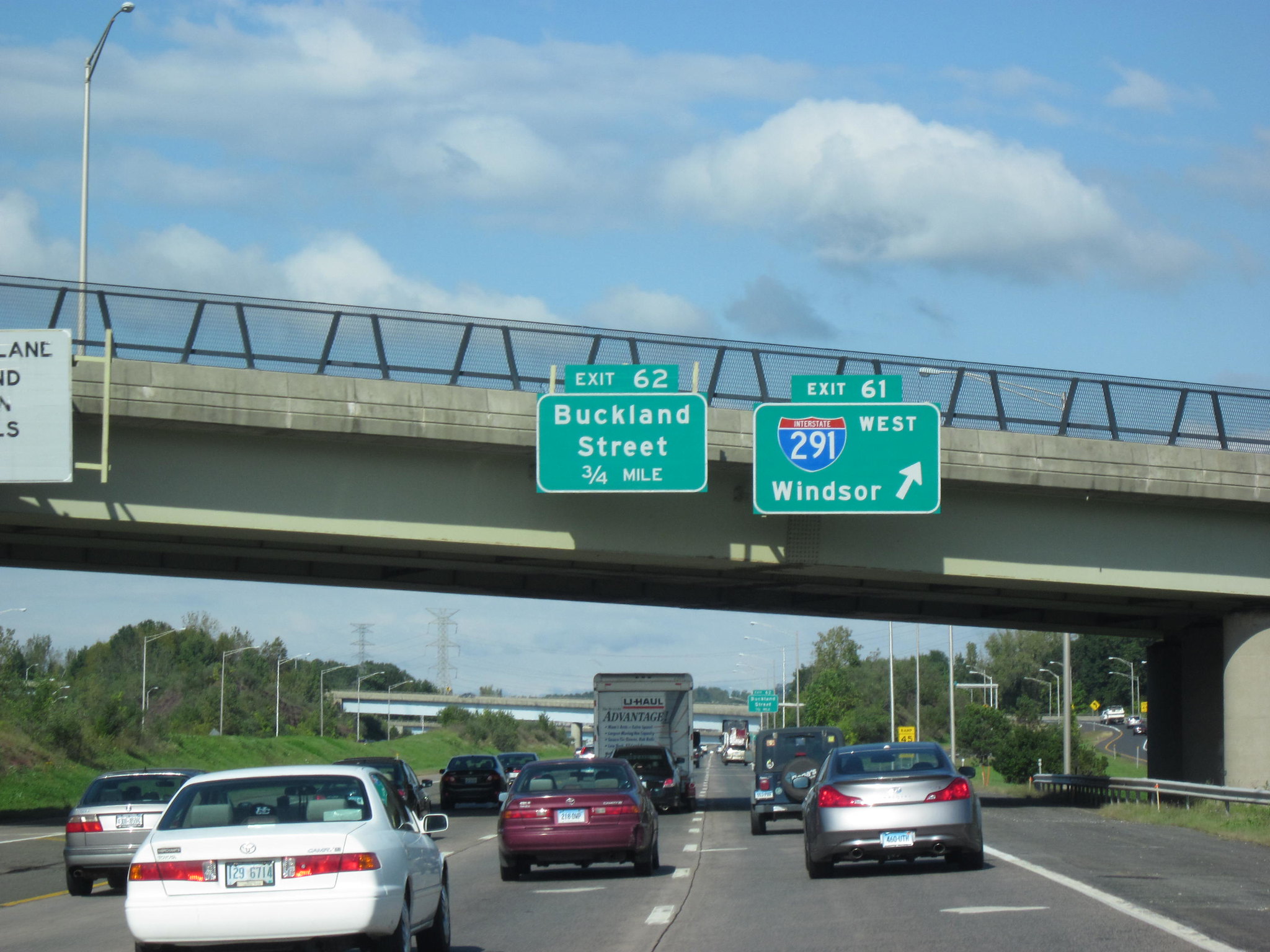 Over the course of ten years, Connecticut drivers have paid $268 million in fees related to emissions and clean air, but instead of actually funding emission reduction measures the money was swept into the General Fund and the Special Transportation Fund, to be used for literally anything.

Connecticut drivers may soon have to pay an additional fee or tax on gasoline purchases to support greenhouse gas reductions if Gov. Ned Lamont and some lawmakers are successful in passing the Transportation and Climate Initiative.

According to the Office of Legislative Research, the Clean Air Act fee was originally deposited into a Clean Air Account to cover state agency costs for implementing the 1990 Clean Air Act and funding for staff at the Department of Energy and Environmental Protection to enforce air pollution laws.

The Greenhouse Gas Reduction fee was established in 2006 in An Act Concerning Clean Cars and levied the $5 fee on the purchase of new vehicles. Revenue from the fee would also be deposited into the Clean Air Account, which would fund greenhouse gas labeling stickers on vehicles and environmental education initiatives.

Debate on the floor of the Senate and House of Representatives regarding the Greenhouse Gas Reduction fee focused extensively on combatting global warming, according to the legislative history.

“This bill is very important,” said Sen. Bill Finch, D-Bridgeport, during debate in the Senate. “The water on our planet is warming. It’s rising. Long Island Sound and other bodies are warming. We have 3.4 million people in Connecticut driving over 2.5 million cars driving 31 billion miles a year. We are conducting a scientific experiment on our planet, and we’re adding carbon to our atmosphere at such a rate that the planet cannot handle it.”

However, just three years later in 2009, the legislature started funneling the fees directly into the General Fund and the Special Transportation Fund. It also eliminated “DMV’s and DEEP’s ability to use the funds for GHG labeling and education programs,” according to the OLR report.

There are currently no restrictions on the use of CAA fee revenue, except that it is split between the General Fund and the STF. Thus, the money collected from the fee can be used for any General Fund or STF expenditure.

“There are currently no restrictions on the use of CAA fee revenue, except that it is split between the General Fund and the STF,” the OLR report says. “Thus, the money collected from the fee can be used for any General Fund or STF expenditure.”

A review of Connecticut’s Clean Air Account revenue going back ten years shows that $80.2 million went into the General Fund, while $97.7 million was deposited to the STF.

Up until 2020, the Greenhouse Gas Reduction fee was only applied to the purchase of new vehicles. Now, the fee is levied on used car purchases, as well as registration renewals, and the fee for new vehicle purchases was increased to $10, meaning the state will be collecting far more money from the fee than in previous years.

Even without the expansion of the Greenhouse Gas Reduction fee to used cars and vehicle registration, the revenue generated by these two fees alone over ten years amounted to more than the $55.7 million Connecticut will receive over ten years from the Volkswagen Settlement.

Even without the expansion of the Greenhouse Gas Reduction fee to used cars and vehicle registrations, the revenue generated by these two fees alone over ten years amounted to more than the $55.7 million Connecticut will receive over ten years from the Volkswagen Settlement, after it was revealed the car company had lied about emissions from its diesel vehicles.

But those are not the only fees related to emissions the state collects. Vehicle registration renewals require an emissions test and drivers pay a $20 fee that goes to the testing facility to cover their time and costs.

However, in 2004, Connecticut exempted new vehicles from emissions testing for the first four years because emission test failure rates were low. Instead, the purchaser of the vehicle pays a $40 Auto Emissions Exemption fee that goes to the Special Transportation Fund.

Over the last ten years the Emissions Exemption Fee has generated $91.4 million and, despite it being labeled an emissions fee, it can be used for anything funded by the STF.

It’s not just drivers who pay environmental fees in Connecticut. Every electric rate payer in the state also pay a fee that goes toward Connecticut’s Green Bank called the Renewable Energy Investment Charge.

The Renewable Energy Investment Charge generated $24.8 million for the Green Bank in 2020, according to financial statements. The Green Bank is a quasi-public agency that invests in energy efficiency measures like solar panels for homes.

However, in 2017 lawmakers raided $67.5 million from the Green Bank to help ease the budget deficit, the fourth and largest sweep.

All of this means that in a given year, Connecticut residents who drive cars and pay electric bills have contributed roughly $50 million to the state in the form of fees meant to curb emissions and improve air quality, yet, according to the Department of Energy and Environmental Protection, Connecticut is not meeting its emission reduction goals, largely due to transportation emissions.

The Connecticut General Assembly set a goal of reducing greenhouse gas emissions to 1990 levels by 2020. According to DEEP’s annual emissions report, Connecticut’s 2018 emissions were 2.9 percent higher than 1990 levels and it places the blame squarely on drivers, saying emissions from vehicles have actually increased by 3 percent since 2014.

However, the issue is not vehicle fuel efficiency. The report notes that Connecticut residents are driving more fuel-efficient vehicles. The problem is they are having to drive greater distances resulting in an increase in overall emissions.

The report recommends implementing the TCI program as a solution to reducing vehicle emissions. DEEP and Commissioner Katie Dykes – in conjunction with the Connecticut Department of Transportation and Gov. Ned Lamont – have been pushing for the TCI program in Connecticut.

The TCI program would place a declining cap on emissions that generated by gasoline and diesel fuel in Connecticut and require fuel wholesalers and distributors to purchase emission credits at auction. The auction proceeds would be split between an account within the Special Transportation Fund and climate justice initiatives in cities with a focus on electric vehicles, charging stations and public transit.

The program is projected to bring in roughly $100 million per year but would come with higher gasoline prices at the pump, a tough sell when gasoline prices have seen a steady climb to some of their highest prices in the last decade.

However, some of TCI’s most ardent supporters argue the program will not actually reduce the amount of gasoline Connecticut residents purchase or the amount of driving they do.

In an op-ed for the Connecticut Post, Rep. Christine Palm, D-Chester, pointed to dramatically increasing gasoline prices as proof that TCI’s effect on fuel prices will not actually prevent people from driving, but rather will provide a funding stream for electric buses, asthma reduction, electric vehicle charging stations, shuttles for the elderly and light rail systems.

But Connecticut’s track record on funding initiatives through dedicated fees and accounts is not stellar.

Connecticut’s Tobacco and Health Trust Fund – created from the state’s $2 billion share of the settlement with cigarette companies – only received $200 million and even that amount was raided by the legislature to help bridge budget deficits. By 2018 revenue to the account was suspended.

Following the death of a teenager in a school bus accident, the legislature increased the fee required for drivers to reinstate their suspended license by $50 to fund the purchase of seat belts for school buses through a School Bus Seat Belt Account.

According to CT Mirror, “Advocates sold legislators on increasing the cost of reinstating a suspended driver’s license from $125 to $175 dollars, saying it was a small price to pay for the safety of children.

While the fee generated roughly $2 million per year, the funds were instead used to fix budget gaps. School buses still don’t have seatbelts, but the extra $50 charge for reinstating a driver’s license remains.

While that may make electric vehicles cheaper for those who buy them, the price of owning and driving a combustion engine car, including filling up at the pump, may get more expensive.