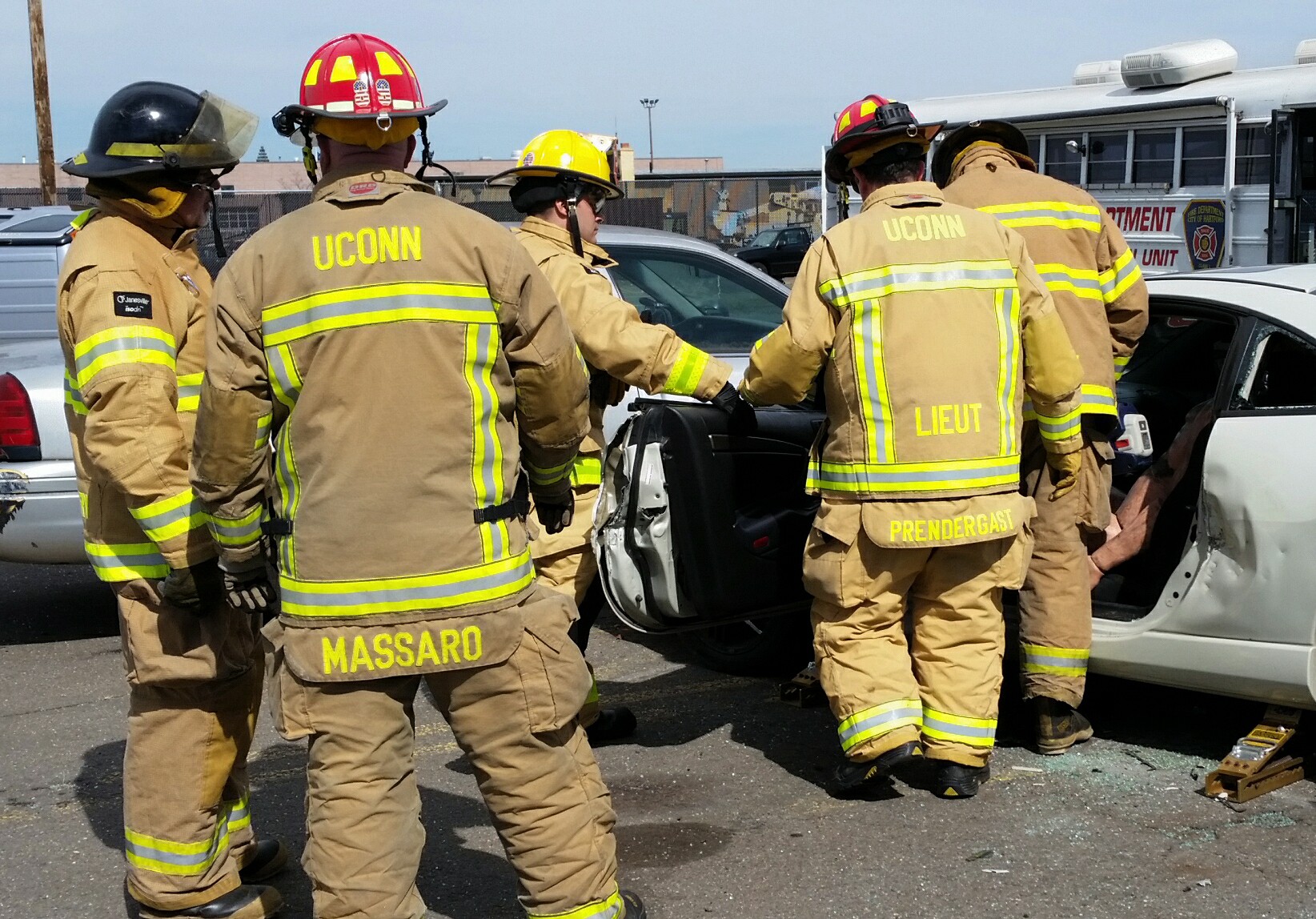 The former president of the judicial employees’ union who spent nearly a year on paid union leave time under a deal with the Judicial Department is now campaigning to become president of Connecticut Police and Fire Union.

Charles “Chuck” DellaRocco sent campaign letters members of the Connecticut Police and Fire Union under the heading “No Matter What Your Job Title Is, DellaRocco Has Your Back.” The campaign letter includes numerous quotes from current and former AFSCME Local 749 members praising his work for the judicial employees’ union during his tenure.

DellaRocco was ousted from his position as president of Local 749 after the Judicial Department replaced its police force with Judicial Marshals in 2018, which DellaRocco protested as “union-busting” at the time.

DellaRocco fought the change, filing numerous grievances on behalf of himself, the union and other members.

He eventually struck a deal with the Judicial Department to drop the grievances in exchange for roughly a year of paid union leave time so he could campaign for re-election.

DellaRocco’s agreement with the Judicial Department stipulated that if DellaRocco won his union election he would be transferred to another position within Local 749 so he could remain president. DellaRocco received approximately $100,000 in salary and benefits during his year of union leave.

However, the State Board of Labor Relations determined DellaRocco violated his agreement with the Judicial Department and argued in bad faith when he filed another grievance after the agreement had been signed.

DellaRocco was then transferred to animal control with the Department of Agriculture, part of the NP-5 Protective Services bargaining unit.

Della Rocco attempted to retain a position of leadership with Local 749 when executive board members voted to make him executive director – a position that never previously existed and was not permitted by Local 749’s constitution.

AFSCME International investigated the matter at the behest of AFSCME Council 4 and determined that since Della Rocco was no longer in the bargaining unit, he could not retain his position in Local 749.

Della Rocco remains listed as Local 749’s “President Emeritus,” a life-time position the executive board created specifically for him.

DellaRocco had previously campaigned for executive director of AFSMCE Council 4, losing twice to Jody Barr after he contested the initial vote.

DellaRocco has a long and somewhat troubled history. As a police officer in Old Saybrook, DellaRocco was one of numerous police officers penalized for accessing pornographic material while on the job in 2004.

In 2009, while working as a Connecticut Supreme Court police officer, DellaRocco ran an unsuccessful bid for First Selectman of Chester under the Democratic ticket. He was then arrested for larceny in the third degree and second-degree forgery after he sold a neighbor’s vehicle he had allegedly borrowed. DellaRocco agreed to accelerated rehabilitation in 2010.

The Connecticut Police and Fire Union has roughly 950 members in various positions across 13 state agencies, according the union’s website, including protective services employees at the University of Connecticut, state airports, state colleges and universities.