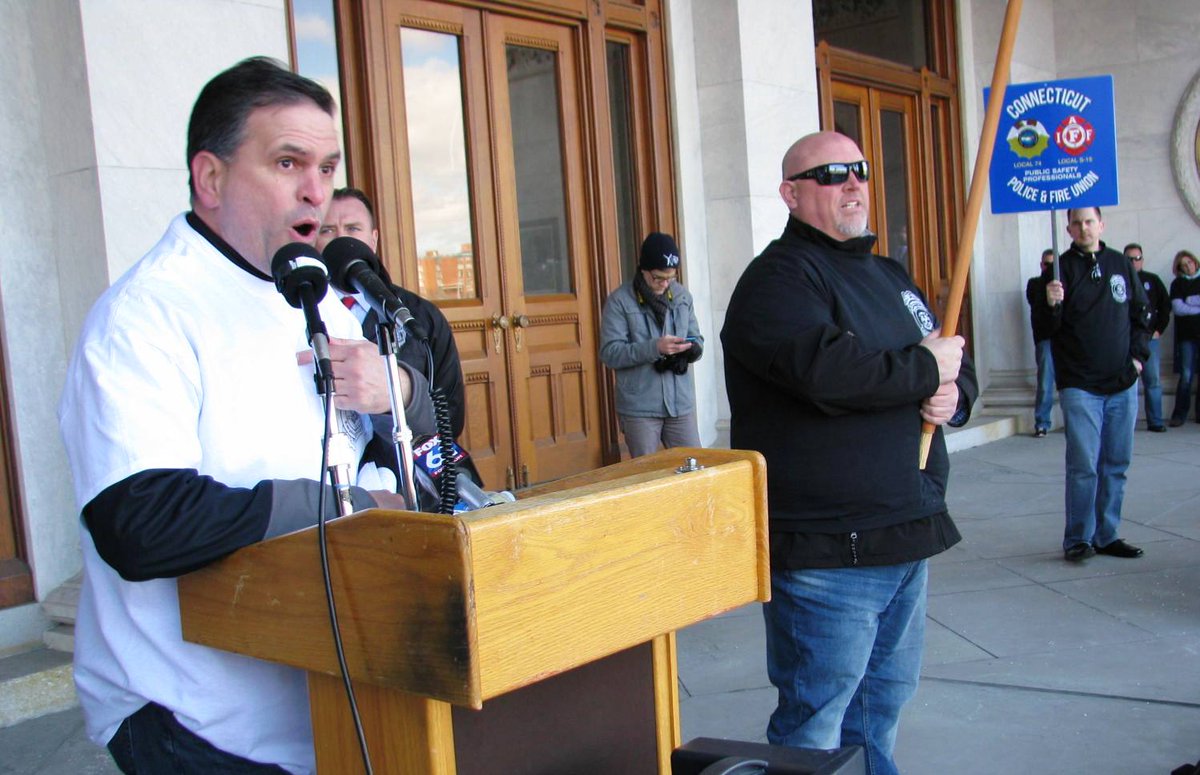 AFSCME International and AFSCME Council 4 are pushing to remove Charles “Chuck” DellaRocco from his position as head of AFSCME Local 749, part of an ongoing conflict between between the two organizations that has spurred rumors of Local 749 decertifying from its parent organization.

DellaRocco took a job as a state animal control officer with the Department of Agriculture in July, which is part of a different bargaining unit, but he attempted to remain president of Local 749 because he had filed a grievance with the state.

In an effort to retain his power-position in Local 749, the union’s executive board also named DellaRocco “executive director” in July, a position that did not exist previously and one not included in Local 749’s constitution.

A letter dated Sept. 30, 2019 from AFSCME International President Lee Saunders to Council 4 President Jody Barr said DellaRocco is not eligible to serve as Local 749’s president and that his position as executive director of the bargaining unit is not permitted under the International’s constitution.

“Brother DellaRocco indicated to [AFSMCE investigator Tim Birch] that Local 749 Executive Board took action to hire him as Executive Director in their July 2019 meeting with details of his employment to be ‘worked out later,’” Saunders wrote. “As he is still employed full-time by the State of Connecticut, this action, which does not appear to be permitted by the Local 749 constitution, is not the basis for membership in Local 749 under Article III Section 1(B) of the AFSCME International Constitution.”

DellaRocco apparently argued that because he filed a grievance against the loss of his job that he should be allowed to retain his position in Local 749, but Saunders disagreed.

“Brother DellaRocco voluntarily bid on and accepted his current position outside of Local 749’s jurisdiction,” Saunders wrote. “While a grievance over the loss of employment may be a basis to allow an officer to remain in office pending its resolution, the same consideration does not extend to a situation where, as here, the officer has left the jurisdiction of the local union.”

But DellaRocco is not entirely out of Local 749 leadership.

A November 2019 meeting by the local’s executive board named DellaRocco “President Emeritus,” giving him a “permanent seat at the Executive Board, with no vote,” according Local 749’s official Executive Board listing.

A November 2019 meeting by the local’s executive board named DellaRocco “President Emeritus,” giving him a “permanent seat at the Executive Board, with no vote,” according Local 749’s official Executive Board listing.

The shuffling of positions to keep DellaRocco in Local 749’s executive board could set up a show-down between Local 749 and Council 4 – with little love lost between the leaders of the two organizations.

DellaRocco campaigned to become president of Council 4 in 2018 but lost his election bid to current Council 4 President Jody Barr.

DellaRocco, however, challenged the legality of the election to the U.S. Department of Labor and forced a second Council 4 election, which Barr won again in April of 2019.

According to sources in the union, Council 4’s push to remove DellaRocco from his work in Local 749 has spurred talk among members that Local 749 may attempt to decertify from Council 4.

With roughly 1,500 members, the loss of Local 749 would be a large financial hit for AFSCME Council 4.

Local 749’s executive board is largely made up of DellaRocco loyalists and officers that he not only appointed but granted super-seniority to in the last round of contract negotiations with the state.

Bridgeport Juvenile Detention Officer Ron Nelson – who was appointed as Chief Steward of Local 749 by DellaRocco and was made vice president by the executive board in 2017 – is now president of Local 749.

Ian Shackleton, who was appointed Executive Counsel by Della Rocco, was made vice-president of Local 749.

DellaRocco’s appointment as president emeritus, and the appointment of Nelson and Shackleton at the head of Local 749, were based on votes by the eleven-member executive board, not a vote by union members.

The next union-wide officer election for Local 749 is not until 2021, but the election will apparently not affect DellaRocco’s permanent position as president emeritus. Whether or not Council 4 will allow DellaRocco to remain in that position is unknown.