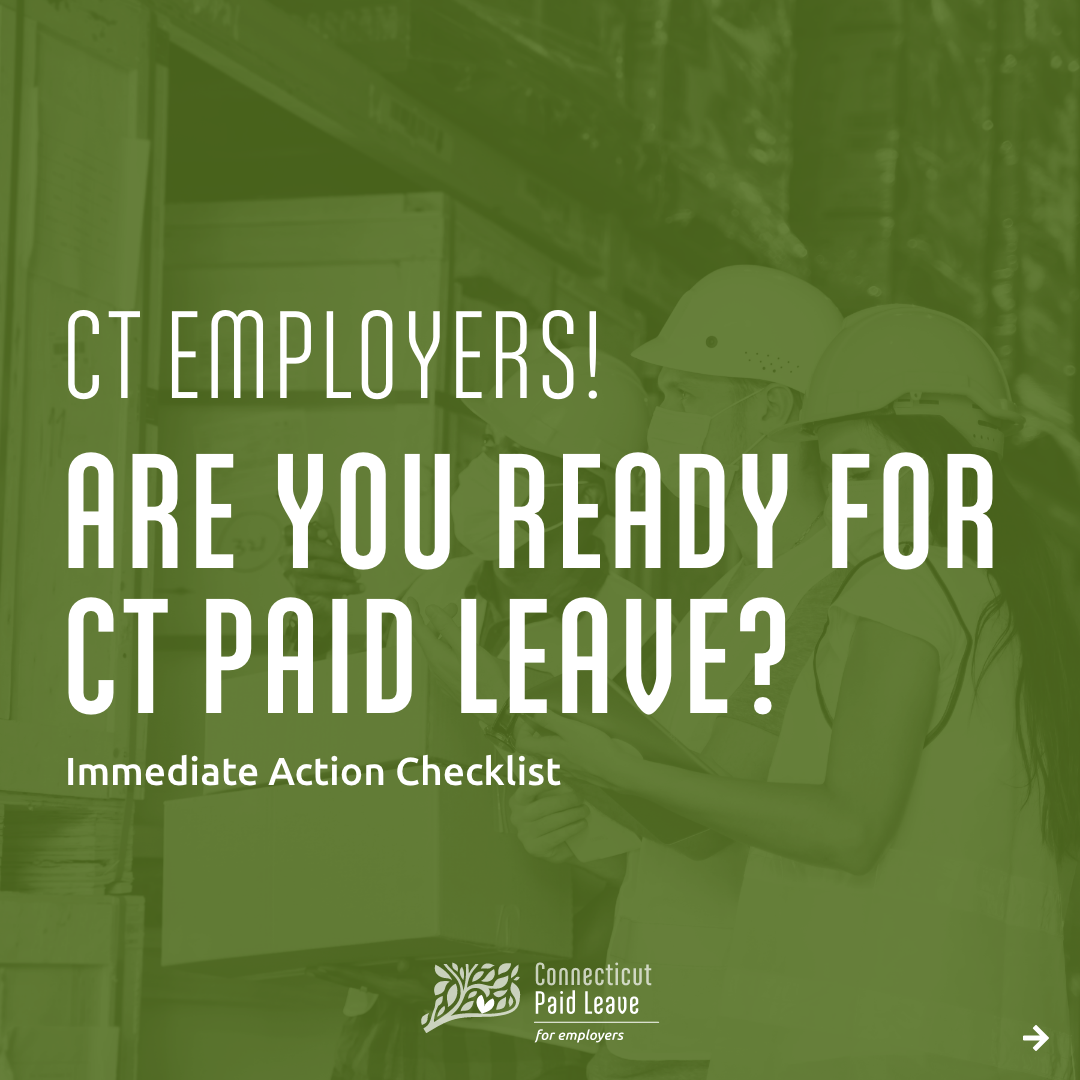 According to reports, upwards of 44,000 businesses, including the State of Connecticut, have not yet begun making the required .5 percent payroll deduction that funds the PFML program.

In response, the Department of Labor is allowing a grace period until the end of June for employers to make a larger deduction – up to 1.5 percent — from employee pay in order to be compliant with the law.

The program is meant to be funded by employees, but if employers don’t catch-up on the payments owed, businesses may be forced to make up the difference.

Chief Executive Officer of the Paid Family and Medical Leave Authority Andrea Barton Reeves said she is trying to work with the DOL to extend the deadline until September but, thus far, the DOL feels six months is a sufficient grace period.

Reeves added, however, that even with the larger deduction many employers won’t be able to catch up, which would then make the employer responsible for the rest of the money.

“No matter what you do as an employer, you have to withhold,” Reeves said. “The catchup period ends in June and the most you can collect is an additional 1 percent on top of the half percent, and, in many cases, that probably won’t be enough for employers to make sure that they can get the full amount and then they’re responsible for the rest of it.”

If employers don’t catch up by June, they will have to go to the DOL individually to get permission to withhold more pay or be responsible for paying the difference themselves. “Neither of those outcomes are really great outcomes, at all,” Reeves said.

Reeves said the PFML Authority does not know how many employers are using the catchup period but that there are a lot of employers who still don’t know they have to make the payroll deduction.

“That’s going to be a concern for them,” Reeves said. “And they’re very concerned that they will have to make up all of that difference themselves.”

Reeves said the Authority is entering into a memorandum of understanding with the Department of Administrative Services for the department to collect the funds from employers.

Andrea Comer, Director of Communications for the PFML Authority, confirmed that, for now, employers will have until the end of June to levy enough payroll deduction to meet their obligation or have to pay out of their own pocket.

Comer said the Paid Leave Authority is “open to discussing a shift” should the DOL want to revisit the length of the grace period.

“This is a new program implemented at a time of significant challenge for business, especially small businesses that are trying to stay afloat,” Comer said. “We want to support employers with implementation, not exacerbate the challenges they’re facing.”

The State of Connecticut has likewise not been deducting the .5 percent payroll tax from non-union employees due to software issues. Unionized state and municipal employees are exempt from the tax and do not have access to the PFML program.

According to the Comptroller’s Office, they expect to begin making the deduction for roughly 8,000 non-union employees in April, but those employees will see a larger wage deduction, so the state can catch up on payments.

The Paid Leave Authority indicated they are trying to reach out to employers and the public alike to make them aware of the program and the required deduction, including sending mailers, online advertising and having a presence at public gatherings and events.