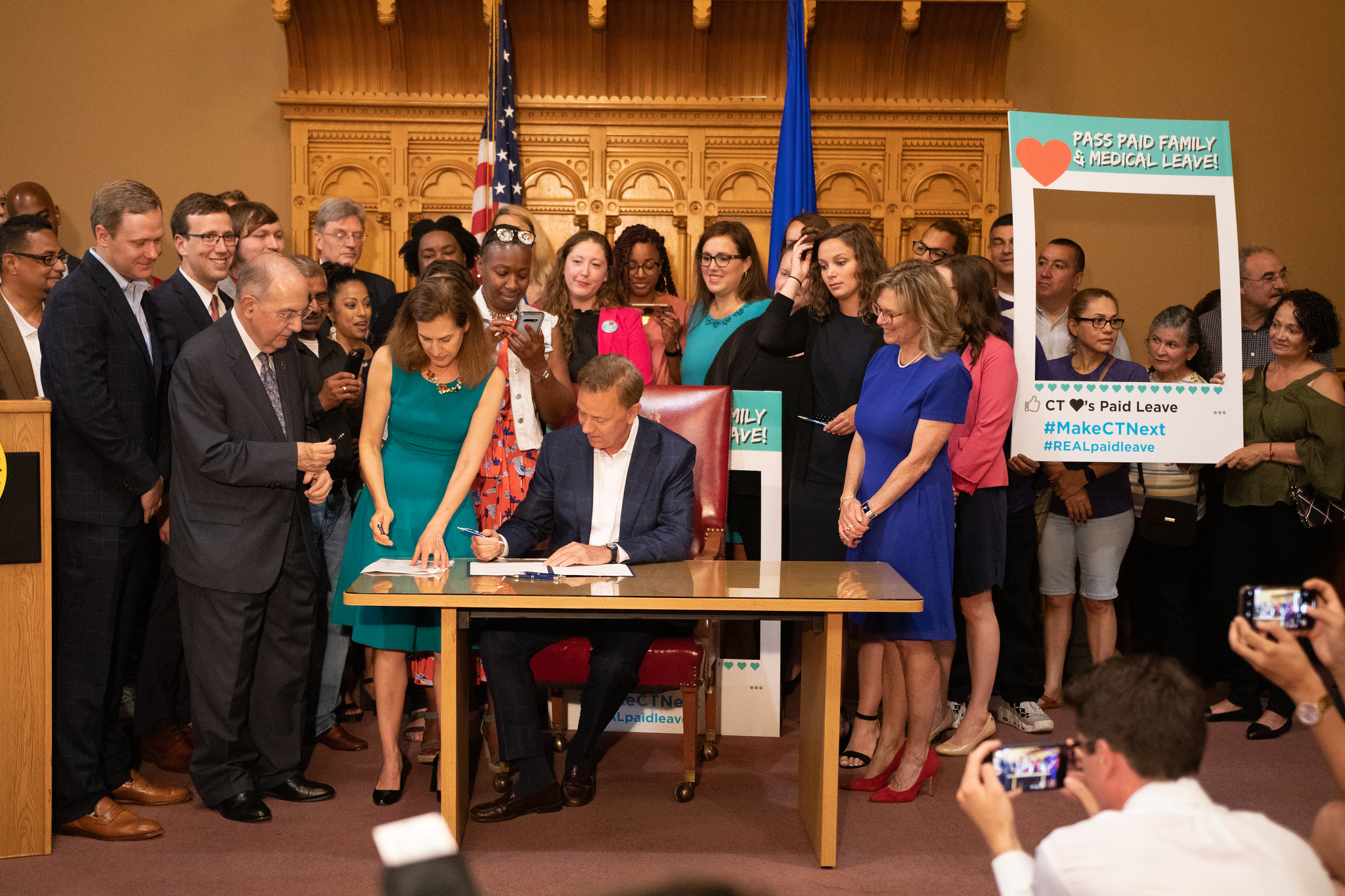 The Connecticut Paid Family and Medical Leave Insurance Authority, which oversees the paid family and medical leave program, presented a draft budget that includes a 3 percent raise for all staff starting in 2022, estimated to cost nearly $97,000.

The pay raises were outlined in the Authority’s draft budget presented during its February 26 Finance and Audit meeting.

The PMFLI Authority and Paid Family and Medical Leave program is funded by a .5 percent payroll tax on employees meaning that, if approved, those payroll deductions will help pay the raises for the Authority’s 32 employees, many of whom earn over six-figures per year.

The PMFLI Authority is a quasi-public agency created in 2019 when Gov. Ned Lamont signed the paid family and medical leave program into law as part of his budget.

Employees of the PFMLI Authority are considered state employees and, therefore, some are subject to collective bargaining agreements.

Reached for comment, Andrea Barton Reeves, CEO of the CT Paid Leave Authority, said the draft budget “was developed in order to ensure that it accounted for certain eventualities, particularly the possibility that the executive branch may negotiate raises for employees covered by collective bargaining agreements when it engages in contract negotiations later this year.”

The State Employee Bargaining Agent Coalition responded to Lamont’s budget, calling it “profoundly troubling” and saying they intend to bargain for “fair wages” and push for higher taxes on Connecticut’s wealthy residents.

“Recognizing that wage increases may be an outcome of collective bargaining negotiations, the draft budget was developed to account for this possible outcome,” Reeves said.

The PFML program was financed through a $25 million bond and will subsequently rely entirely on employee payroll deductions for continuing operations.

However, the Authority’s expenses are factored in to how much money a claimant can receive. Under the authorizing statute, the program’s benefits rise and fall depending on how much the Authority has collected and program administration costs.

According to the budget documents, the Authority expects to collect $201 million in payroll deductions throughout fiscal year 2021 and will spend $25 million on claim administrative costs and an additional $15.6 million for a 7 percent administrative fee.

The pay increase would coincide with the date Connecticut residents can actually start using the paid leave program. The program required a year of collecting the payroll deduction in order to have enough money on hand to start paying claims starting in 2022.

The program has gotten off to a rocky start, with upwards of 44,000 businesses not making the payroll deduction and even the State of Connecticut itself has not been collecting the payroll tax from non-union state employees due to a software problem.