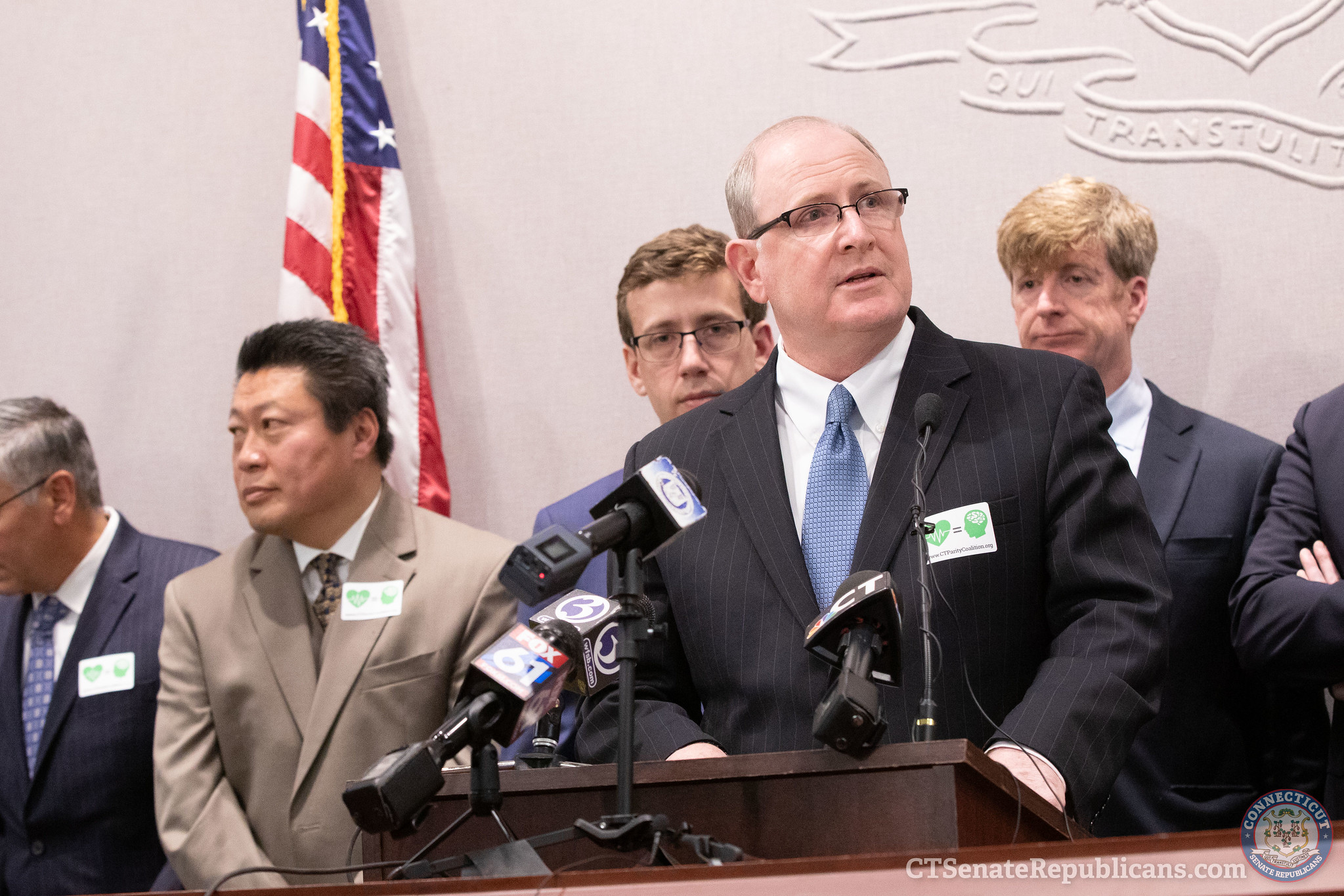 The public option healthcare bill pushed by Comptroller Kevin Lembo and Democrats would create a state-run healthcare program to compete directly with Connecticut’s flagship insurance industry and balance the cost of Medicaid expansion on the back of private insurance plans, Republicans warned during a press conference on Monday.

“It is a government run program designed to pay healthcare costs for individuals who pay a fee to participate in the government run program,” Senate Republican Leader Kevin Kelly, R-Stratford, said. “It is not traditional insurance, it is not regulated by the Insurance Department and it does not have all the Affordable Care Act protections built in.”

“Frankly what it is, is a $50 million tax assessment on current premiums which will increase the cost of insurance for Connecticut’s middle-class families,” Kelly said.

Joined by Sen. Tony Hwang, R-Fairfield, and Rep. Cara Pavalock-D’Amato, Kelly said “Make no mistake, this is not a business-friendly partnership, we are not going to keep the good-paying actuarial and insurance jobs. This is a government-run program going into direct competition with a flagship industry.”

Rep. Pavalock-D’Amato said the public option bill is the same concept as the Affordable Care Act and the Connecticut Partnership Plan, but with a different name.

“Instead of fixing what we have, we’re just coming up with a new name, new packaging,” Pavalock-D’Amato said, also raising the concern that the comptroller would have discretion over who joins the program and that any losses would be paid for by taxpayers.

Comptroller Lembo pushed for the public option bill in 2019, but the bill was dropped following strong pushback from the insurance industry.

Lembo says the bill would allow small businesses, nonprofits, labor unions and possibly individuals to essentially buy into the state employee healthcare plan. Premium savings would come through leveraging the state’s massive buying power and eliminating the need for profits.

The program already exists on a more limited scale for municipalities, known as the Connecticut Partnership Plan 2.0 and has 58,800 members, according to the state’s data website.

The Republicans, however, have offered up their own bill for consideration.

According to the Center on Budget and Policy Priorities, reinsurance programs reduce premium costs for the middle-class, namely individuals and families who are not eligible for Affordable Care Act subsidies. The program also reduces ACA subsidies by reducing price premiums.

Of the states that have reinsurance programs, most of them use a federal ACA waiver, a practice encouraged by both the Obama and Trump administrations, according to the Center on Budget and Policy Priorities.

But whether or not the Republican bill will receive consideration remains to be seen.

Reinvigorated and with a larger majority in the General Assembly, Democrats appear poised and ready for another attempt at passing the public option bill, starting today with a public hearing before the Insurance and Real Estate Committee.

“Let me be clear, Democrats and Republicans believe that healthcare and the cost of healthcare need to be managed and it is a critical focus for all of us,” Hwang said. “We are ready to work together to find a better solution, a viable solution.”

“Middle-class families were promised eight years ago by the Democrats that they would have affordable healthcare,” Kelly said. “That promise has not been delivered.”