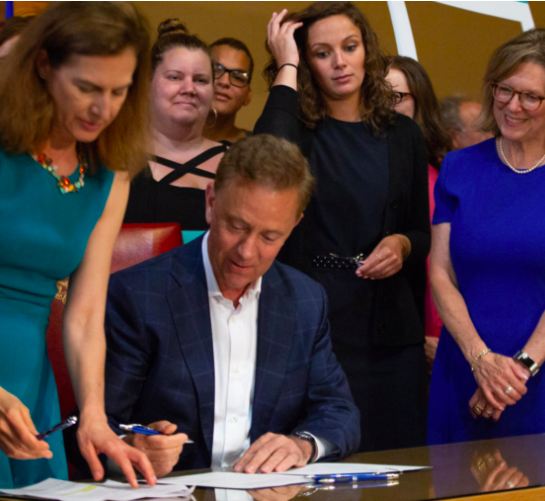 During a November 22 meeting of the PMFL Finance and Audit Committee, Chief Executive Officer of the PFML Authority Andrea Barton Reeves said that most inquiries received thus far involve pregnancy and childbirth and says that staff for both the PFML Authority and its administrators are fully trained and ready.

“We know from other states that there will just be an onslaught of people who will apply,” Reeves said, noting colleagues in other states with paid family and medical leave programs have described the opening days of their programs as “sticky.”

“We need to be prepared for that,” Reeves said. “There will be a lot of volume, there will be people who will be frustrated, we know that, but we’ve prepared as well as we can to manage all that.”

Although the program does not officially launch until January of 2022, residents can start submitting claim applications this week.

Reeves said when the paid family and medical leave program launched in Washington, there were 30,000 applicants in the first month alone.

Washington has more than double the population of Connecticut, so claims would not likely be so numerous, but the Authority has contracted with insurance giant Aflac to administer the state’s PMFL claims.

Gov. Ned Lamont, who signed off on the program in 2019, announced that Aflac was awarded the $72 million, 3-year contract in July of 2021, noting that Aflac opened an office in Windsor with 150 new jobs to administer the PMFL claims.

The contract with Aflac elicited criticism from state employee unions, progressive groups and some lawmakers who championed passage of Connecticut’s paid family and medical leave program but wanted the claims handled by Connecticut’s Department of Labor.

The Authority has, thus far, collected roughly $300 million in contributions to the program and expects that figure to rise to $400 million by the end of December. Contributions are paid through a .5 percent payroll deduction for employees in all companies with 2 or more employees.

Some of those funds are used to pay for administrative costs, including the contract with Aflac, payroll for PMFLI Authority employees and repayment of a Connecticut bond that was taken out to cover start-up costs. The Authority has paid out roughly $11 million in administrative fees thus far.

However, the payout for claims also depends on the financial security of the PMFL Authority. Benefit payments can be lowered if the PMFL Trust Fund does not have enough funds to meet demand.

Likewise, the .5 percent contribution rate can be also be lowered if the PMFL Authority determines it can still meet its obligations with a smaller payroll deduction.

“Everything that has been done has been done in preparation for this day and we’re excited and looking forward to it,” Reeves said.