Auditors: Board of Regents underfunded colleges by $7 million and gave out employee bonuses, furlough compensation instead 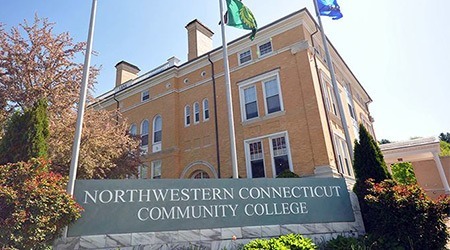 In an effort to spend down an accumulated $7 million in excess allocations, the Connecticut Board of Regents for Higher Education spent $3.3 million on employee bonuses and furlough compensation, according to a newly-released audit of the community college system.

“Between 2010 and 2015, the system office underfunded the colleges’ operating budgets by $7.1 million, and only released these funds to the colleges in 2016,” the auditors wrote. “These resources could have been available to the colleges during those years to support their activities at that time.”

The excess funds were the result of miscalculating the amount of state money set aside under collective bargaining agreements for employee promotion, professional development and union grievances.

This resulted in less money being available for college’s operating expenses and “lead to the availability of funds to make excessive payments to employees in an effort to decrease the account balances,” the auditors wrote.

Tuition at Connecticut’s universities and community colleges and have been raised several times in efforts to close continuing budget deficits.

In 2017, tuition at community colleges increased by 2.5 percent to raise $3.8 million – a little more than what was paid to community college employees to substitute loss of pay from the SEBAC Agreement.

However, BOR says it worked with the Office of Policy and Management, the Office of Labor Relations and the SEBAC Executive Committee to substitute employees’ loss of pay and bonuses with the excess funds.

“The distribution of the funds was in compliance with the bargained-for agreements and settlements with the respective unions,” the BOR wrote in their response.

The auditors believe the payments violated the spirit, if not the letter, of the 2017 SEBAC Agreement.

“The agreement clearly states that bargaining units seeking job security protections shall not receive any salary or payment increases, including top step bonuses, for fiscal years 2017 and 2018,” the auditors wrote. “The issuance of one-time and top step bonuses appears to have violated this provision.”

The auditors also wrote that, according to the collective bargaining agreements, unspent funds from the promotion and professional development account shall be returned to the BOR, making it available for the community colleges.

“Based on this language, it appears as though BOR did not have to spend all the funds, but could have distributed the money to the community colleges’ operating funds,” the audit says.