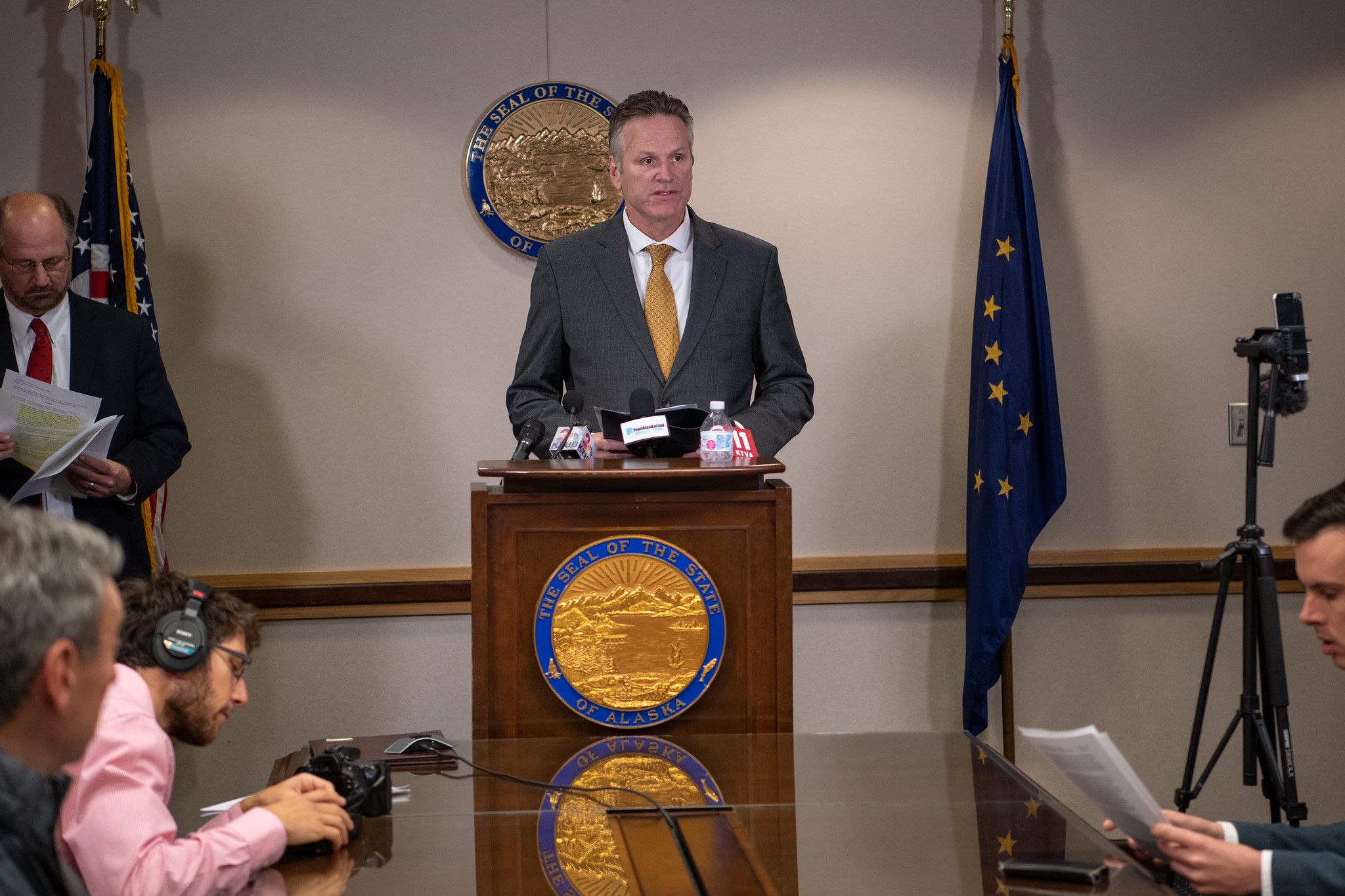 Alaska Governor Mike Dunleavy issued an executive order on September 26 to only collect union dues from state employees who have signed a waiver with the state affirming their decision to have union dues deducted from their paycheck.

“This administrative order is the result of the Supreme Court ruling known as Janus, which states that public employees have the right to freely associate with unions,” Dunleavy said in a press release. “As Governor of Alaska, I am legally obligate and compelled to ensure state employees’ free speech rights are protected.”

Clarkson said the state could no longer rely on union officials to provide membership information because there was no assurance the employee’s union dues authorization was “freely given.”

Under Dunleavy’s executive order, union dues will also be revocable at any time, according to the governor’s press release.

The National Right to Work Legal Defense Foundation – which argued before the Supreme Court on behalf of Illinois state employee Mark Janus – issued a statement praising Dunleavy’s executive order as a “major step forward” in protecting the First Amendment right of state employees.

“Alaska is proactively ensuring workers are not relinquishing their First Amendment rights absent the clear and knowing voluntary waiver required by Janus precedent,” National Right to Work Foundation President Mark Mix said in a press release. “We urge other states to follow Alaska’s lead and prioritize the constitutional rights of state employees under the Janus precedent.”

The Supreme Court’s Janus decision ruled that public sector workers cannot be forced to pay fees to unions as a condition of employment because it violated their First Amendment right to free speech.

That “affirmative consent” comes in the form of union membership cards that employees sign to become a union member, but those cards have come under legal fire recently.

In Connecticut, the union informs the state or municipality which employees have signed membership cards and should have dues deducted from their paychecks — and when the state should stop deducting dues if that employee has resigned union membership.

In the years leading up to the Janus decision, unions began to issue new membership cards that restricted when members could stop paying dues even if they resigned from their union.

Those membership card provisions have led to a lawsuit in federal court by two Connecticut state employees who were forced to continue paying union dues even after the union president informed them they were no longer union members.

The lawsuit by plaintiffs Phuong and Van Nguyen allege, in part, that they were not allowed the opportunity to properly review new membership cards employees were encouraged to sign in exchange for raffle tickets during a 2017 holiday party given by the Administrative and Residual Employees Union Local 4200, AFT.

In Alaska, the state is suing the Alaska State Employees Association over the dues authorization windows contained their membership cards. The ASEA has filed countersuit.

The lack of clarity on dues authorizations and membership cards also resulted in a complaint to the State Labor Relations Board by AFSCME Council 4 against the Town of Wallingford after the town stopped deducting dues from two employees’ paychecks who said they wanted to resign from the union.

AFSCME argued the town needed to await their permission to cease dues collection. There has been no decision by the Board of Labor Relations yet.

A number of Republicans filed a bill during the 2019 legislative session which would have required state and municipal collective bargaining agreements to contain clear language regarding employees’ rights to resign union membership, but the bill did not pass out of the Labor and Public Employees Committee.

State unions, on the other hand, attempted a legislative fix to membership card issues by passing a bill in the House of Representatives that would have enshrined dues authorizations into state law. That bill, however, did not come up for a vote in the Senate.

Dunleavy’s executive order will essentially eliminate any confusion or suspected coercion by having the state – rather than the union – obtain “waivers” from employees via online or in written form.

Following the Janus decision, National Right to Work Foundation sent letters to payroll managers in twenty states — including Connecticut — pointing out the “Supreme Court’s decision specifically held that a waiver of such [First Amendment] rights ‘cannot be presumed’” but “must be freely given and shown by ‘clear and compelling evidence,’” according to their press release.

Alaska’s public-sector unions have indicated they will challenge Dunleavy’s executive order in court.