Wallingford Signs Off on Union Contracts with Questionable Legal Language 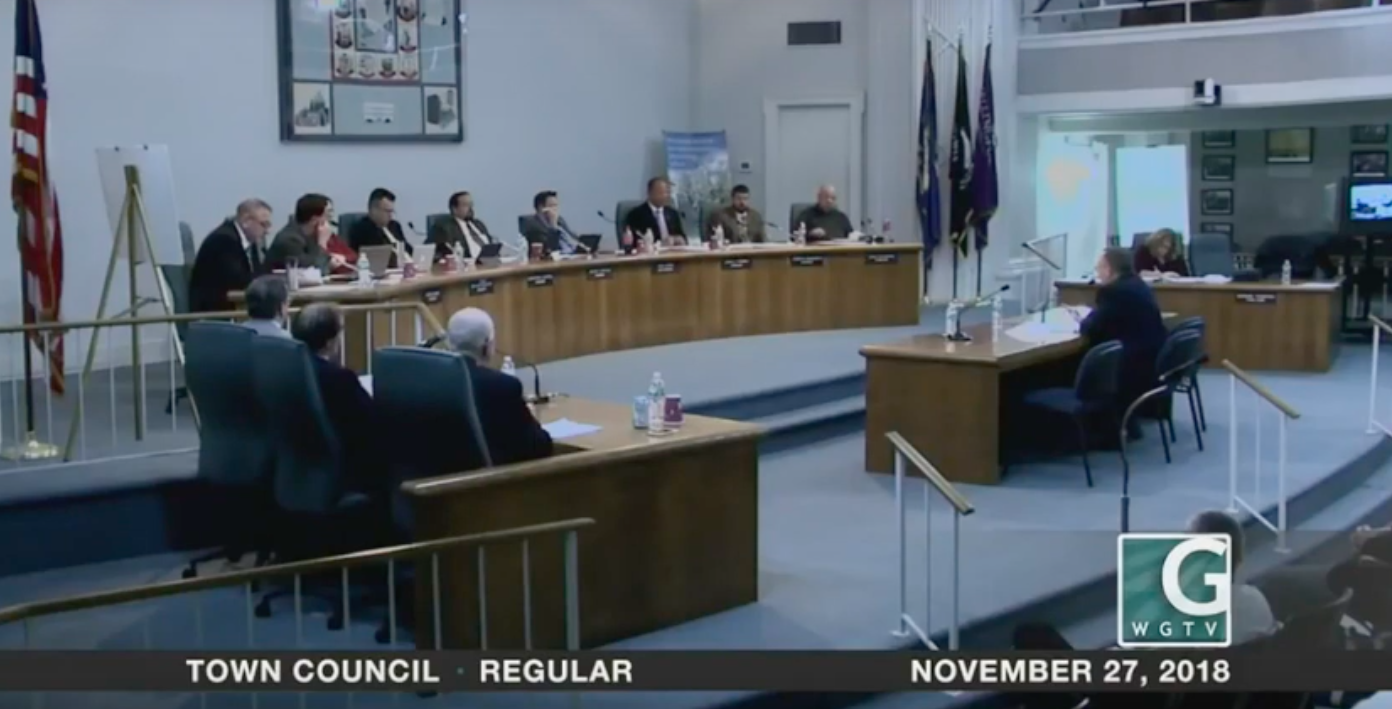 As the Town of Wallingford faces a challenge by AFSCME for allowing employees to resign from union membership without AFSCME’s permission, the town council signed off on new labor contract extensions that contain language contrary to the Supreme Court’s Janus decision.

At the December 11 and November 27 meetings the town council accepted collective bargaining agreements for AFSCME Local 1183 and UPSEU Local 424 that contain language saying all employees must become union members or pay an agency fee to the union.

Town councilman and state representative Craig Fishbein, R-Wallingford, questioned the legality of keeping the language in the contract during the Nov. 27 meeting.

Human Resources Director for the Town of Wallingford James Hutt said the town wanted to strike the agency fee language.

Rather than argue with the unions over the language, however, the town decided to fall back on the “savings clause” in the contract which states “if any section of this Agreement shall be held invalid by a court of competent jurisdiction, such holding will not affect the remainder of this Agreement.”

Fishbein, an attorney, argues the savings clause doesn’t apply to the agency fee language because it refers to future court decisions.

“It’s presumed that the body of the document is legal at the time of authorization,” Fishbein said in an interview.

Hutt said the unions wanted more access to employees if the agency fee language was struck from the contract extensions.

“Since the Janus decision has come out, unions want more face time and want to represent to employees what they can actually do for them,” Hutt told the town council.

Hutt also acknowledged that since the Janus decision the town has ceased collecting dues from employees who informed payroll they no longer wanted to be members of the union.

At least two town employees resigned membership which has led to a confrontation between the Town of Wallingford and AFSCME Council 4. AFSCME says the town cannot cease collecting dues until the union has given its authorization.

Larry Dorman, spokesman for AFSCME Council 4, told the Record Journal that AFSCME provides a 30-day window during which members can leave the union. Similar “opt-out windows” are facing legal challenges in other states and may counter to the Janus decision.

The matter has gone to the state Board of Labor Relations for resolution. The two Wallingford employees who told the town they wanted to resign from the union are reportedly members of Local 1183.

Fishbein says the agency fee language is not the only problem in the contracts, pointing out the contract says an agency fee payer “may apply to the Union for a rebate in accordance with the Union’s existing procedures.”

Fishbein told Hutt that “even before Janus, that language was illegal,” under the Supreme Court’s 1986 decision in Teachers v. Hudson.

Hudson ruled that applying for a rebate to the union did not offer a “reasonably prompt decision by an impartial decisionmaker.”

Hutt noted that the town “bargained in good faith” with the unions, who approved the contract, but Fishbein argued it is the town’s responsibility to fight for “actual legal language.”

“I’m just speaking out for the employee who has a question on their mind: can I opt out of the union?” Fishbein said. “The contract says I can’t.”