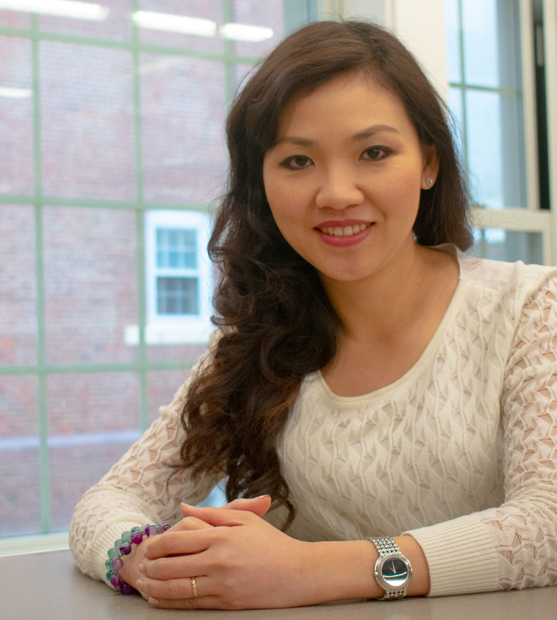 When Phuong Nguyen, a fiscal administrative officer for the Connecticut Workers’ Compensation Commission, planned to attend the December 7, 2018 holiday party held by the Administrative and Residual Employees Union Local 4200, she was told by union president John DiSette that she was not welcome.

Nguyen had informed the union in September of 2018 that she wished to resign membership following the Supreme Court’s Janus v. AFSCME decision, however the union continued to deduct dues payments from her paycheck.

In emails between Nguyen and DiSette, the union president informed her that under the terms of the union membership card she signed in 2017 – before the Janus decision – she was no longer a union member but had to continue paying dues until February 1, 2019.

Nguyen argued that if she still had to pay dues, she should still be entitled to union services, saying if union membership is like a subscription than she should continue to receive services until the end of the subscription period.

Nguyen also informed her Human Resources department that she wished to cease having union dues deducted from her pay. The state continued to take out dues payments because in Connecticut the state is not permitted to discontinue dues deductions without instruction from the union.

Despite still having to pay union dues, DiSette said he would cease communication with her.

“You are not a member, I will not advise you any further nor continue communicating,” DiSette wrote in a Dec. 4 email. “I speak with members, not non-members. Sign a membership card in February and we can talk then.”

Instead of signing a new membership card in February, Nguyen filed a lawsuit in federal court on September 2, 2019 alleging her right to free speech and free association were violated when she was forced to continue paying union dues as a non-member, essentially making her an agency-fee payer.

Nguyen is joined in the lawsuit by a second state employee, Van Nguyen, who works in the Department of Administrative Services and received similar responses from DiSette, according to the lawsuit. The plaintiffs are not related.

According to the 2018 Janus v. AFSCME decision, public sector unions can no longer charge dues or fees to non-members. Previously, the union could charge “agency fees” to nonmembers for the cost of collective bargaining.

The Supreme Court ruled agency fees are unconstitutional and the forced payment violated public sector employees’ First Amendment right to free speech, but the legal fallout from the Janus decision is still winding its way through court systems in other states as unions, public-sector workers and state governments try to navigate a new landscape.

Although issues dealing with dues authorizations contained in union membership cards has been broached before in other states, the Nguyens’ case may provide an opportunity to put some of the legal questions surrounding the Janus decision to rest.

Phuong’s dis-invitation to the union Christmas party isn’t the only holiday party issue set to come before the court.

Guests of the holiday party were allegedly given raffle tickets in exchange for signing new union cards that contained language limiting when a worker could stop paying union dues to a specific window of time.

Guests of the holiday party were allegedly given raffle tickets in exchange for signing new union cards that contained language limiting when a worker could stop paying union dues to a specific window of time.

Photos of the 2017 holiday party show a whiteboard announcing an “A&R membership card drive” and saying “sign new card” and “get your extra raffle ticket here” beneath a copy of the new membership card. Raffle prizes included a 55-inch television, an air-fryer and several bottles of wine.

“Upon information and belief, Plaintiffs and other partygoers were given raffle tickets in exchange for their signed 2017 membership cards,” the lawsuit states.

The lawsuit also claims partygoers were not given chairs to sit in to review the membership cards as they filed in to the party, nor were they offered assistance in reviewing and understanding the terms of the cards as they stood in line for raffle tickets.

“Instead, because there were many other partygoers in line behind them, Plaintiffs had to hurry to sign the 2017 membership cards, so that the line could keep moving quickly,” the lawsuit states. “This created a rushed atmosphere forcing Plaintiffs, and, upon information and belief, other Local 4200 union members, to sign the 2017 membership cards without adequate information or time to review what the cards stated.”

According to the contract, “union dues and/or assessments shall be deducted by the State employer biweekly from the paycheck of each employee who signs and remits to the State an authorization form. Such deduction shall be discontinued upon written request of an employee thirty (30) days in advance.”

The latest iteration of the A&R Local 4200 constitution, however, offers somewhat different language on which employees are treated as members, regardless of dues payments.

According to the union’s constitution, an “active member” is anyone who has signed a membership application and has authorized dues deductions.

However, “Any P-5 bargaining unit employee who has given notice to the Union of their intent to discontinue the payment of dues shall no longer be deemed an active member.”

Whether the union’s membership cards and constitution will hold up under the Janus v. AFSCME decision will likely be determined by a federal court judge.

Under the terms of A&R’s collective bargaining agreement with the state, employees can take a paid half-day for both the union’s annual holiday party and picnic sponsored by A&R Local 4200.

The validity and constitutionality of those membership cards have been called into question by some labor attorneys who argue public-sector employees couldn’t have signed their rights away — or limited the exercise of their rights to a set window of time — prior to the Janus decision because they had no other option at that time.

To date, the issues surrounding dues authorizations and limits on when an public-sector worker can stop paying dues has been a bit of a gray area. The Nguyen case may change that.

House Bill 6935 also would have given unions greater access to employees, supplying them with regularly updated personal contact information and allowing union representatives access to new employee orientations. Under the final language of the bill, unions would not have to provide the state with membership verification.

Although the bill passed in the House of Representatives, it was never taken up in the Senate.

The allegations presented in the Nguyens’ lawsuit reflect concerns raised by Alaska Attorney General Kevin Clarkson in a formal opinion issued in August.

Clarkson wrote that relying on unions to inform the state which employees had opted to join the union did not meet the standards outlined in the Janus decision.

“Having ceded the power to collect payroll deduction authorizations to the unions themselves, the State has no way to ensure that its employees are being told exactly what their First Amendment rights are before being asked to waive them,” Clarkson said in his opinion.

“Second, because the unions control the environment in which the employee is asked to authorize a payroll deduction, there is no guarantee that an employee’s authorization is ‘freely given,’” Clarkson wrote.

The Janus decision only impacts the payment of an agency fee from a non-member who declines union membership. Therefore, existing membership cards or other agreements by union members to pay dues should continue to be honored.

Connecticut Attorney General William Tong — who was heavily supported by unions in his election campaign — issued guidance on the Janus decision indicating that nonmembers could not be charged dues or agency fees.

However, Tong also wrote that “existing membership cards or other agreements by union members to pay dues should continue to be honored.”

Tong’s guidance may be tested by the Nguyen’s case in federal court.

The Plaintiffs are represented by attorney and state representative Craig Fishbein, R-Wallingford, and The Fairness Center, a non-profit legal firm based in Pennsylvania that specializes in union issues.

The Fairness Center issued a press release saying “In Connecticut, however, it appears the Supreme Court’s decision is being ignored by the Administrative and Residual Employees Union, Local 4200.”

“Local 4200 must follow the Supreme Court’s ruling in Janus, which clearly stated that a union cannot take money from nonmembers, like Phuong and Van, as a condition of their employment,” said Nathan McGrath, Director of Litigation for the Fairness Center, in the press release.

The plaintiffs are seeking “written judgement as to their rights and compensatory and nominal damages for violation of their First and Fourteenth Amendment rights, as well as their attorneys’ fees and costs,” according to the lawsuit.

The A&R Local 4200 is an affiliate of both the American Federation of Teachers and the AFL-CIO, two politically active unions that have been unionizing more groups of state employees in Connecticut.