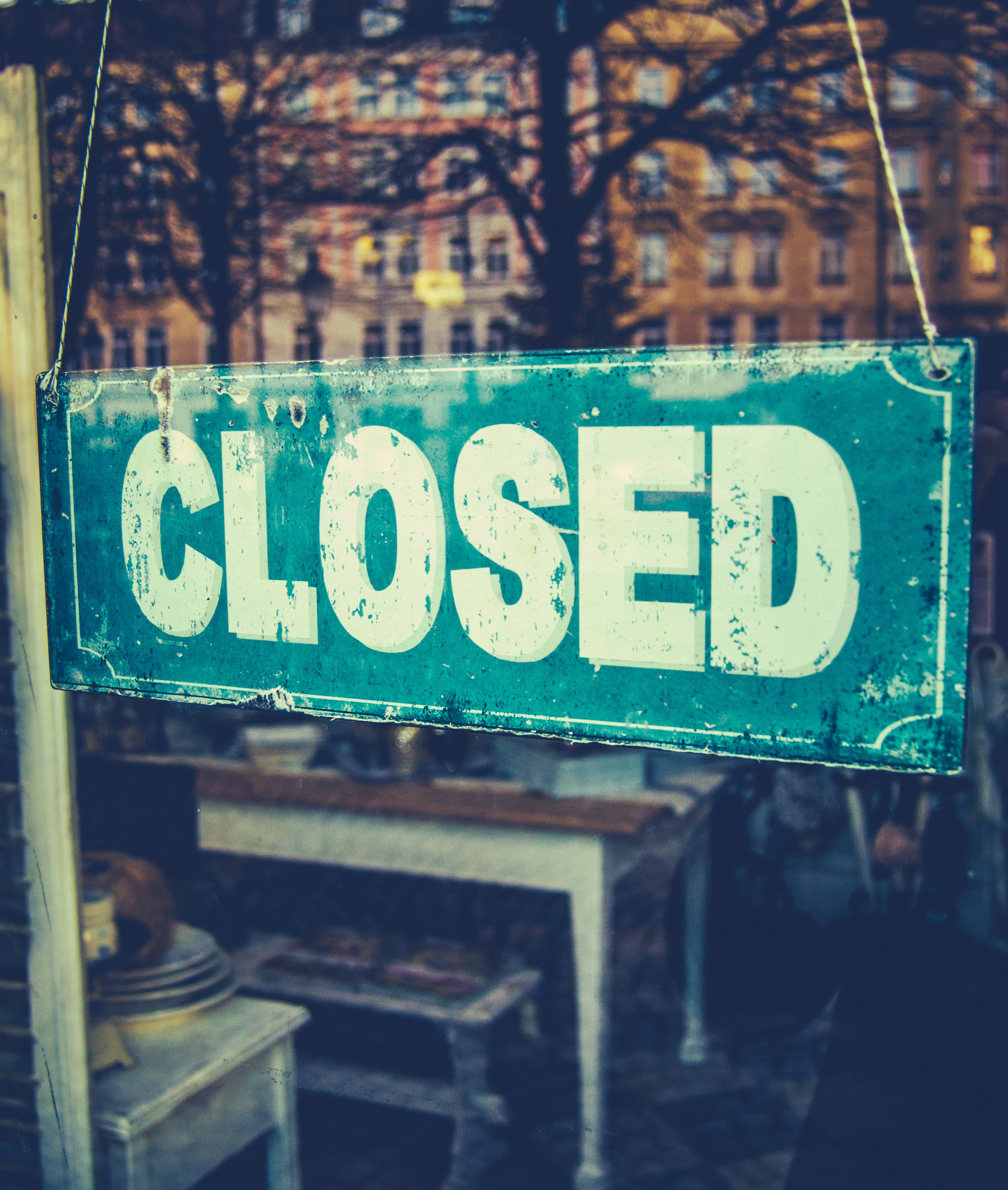 A whistleblower complaint filed by a former employee with the Department of Economic and Community Development alleges the department is keeping delinquent and unpaid loans on the books through loan modifications and additional loans in order to boost their success rate.

The 2018 complaint highlights a number of delinquent loans in which the borrower was given a loan modification and another loan by the state through the state’s Small Business Express and Manufacturer’s Assistance Act.

The complaint was filed with the Connecticut State Auditors by Adam Osmond, who was employed as a fiscal administrative assistant in DECD’s loan unit between 2013 and 2017.

Osmond has moved on to work for Connecticut’s Department of Housing after he alleges retaliation by the DECD for filing a previous complaint highlighting exorbitant lender fees paid to third-party lenders to administer small business loans.

The high lender fees were cited by the Connecticut State Auditors in a 2017 audit of the DECD.

Osmond filed a complaint with the Commission on Human Rights and Opportunities, but his complaint was dismissed when CHRO said he could not prove retaliation by DECD management.

Osmond submitted his original whistleblower complaint in December of 2016 regarding the lender fees and submitted second and third complaints regarding loan modifications and secondary loans to delinquent borrowers in 2017 and 2018 to state auditors.

Osmond’s complaint outlines modifications and second loans made to companies that were delinquent on their loan payments. Osmond says he was in charge of compiling the monthly delinquency reports for the DECD.

Connecticut’s open data website shows Connecticut Casket Company received the initial $350,000 in 2012 through the Small Business Express program and then two loans of $500,000 in 2013 and 2017 through the Manufacturer’s Assistance Act.

The 2016 loan to Yumi was made through the Manufacturer’s Assistance Act and the Small Business Revolving Loan Fund, according the Connecticut Data website.

According to Connecticut Data, Yumi received the 2012 loan and grant to create three jobs, but only created two jobs by the end of the contract. The second Small Business loan given in 2017 was to create one more job, but the company is listed as having not met that goal.

The $250,000 loan through the Manufacturer’s Assistance Act is listed as requiring the company to create eight full time jobs and an additional two part-time jobs.

Failure to meet contracted job-creation goals results in the company having to pay one percent more in interest.

Of particular interest, outlined in Osmond’s whistleblower complaint is a loan made to the New Haven-based Newton-Foster Home Care Agency, founded by Patricia Newton-Foster, sister of former Bridgeport state senator and current Bridgeport City Councilor Ernie Newton who was convicted of federal corruption charges in 2005 and campaign finance fraud 2015.

According to Osmond’s complaint the Newton-Foster Agency received $150,000 loan to create jobs but a follow-up audit showed the agency either could not account for, or improperly spent, $92,799.56 and was ordered to return the funds.

Osmond says payments were never made and the Department issued a loan modification and forgave $72,793.56 even though loan-forgiveness was never included in the original loan.

“Furthermore, the Department forgave the entire interest that was accumulated since 2012,” Osmond wrote.

The Newton-Foster Home Care Agency then received another $150,000 loan in 2017, according to the complaint. The Connecticut Data website lists both $150,000 Small Business Express loans made to the Newton-Foster Agency.

According to Osmond, the loan modifications and additional loans were meant to hide the number of delinquent or uncollectible loans made by the DECD. Some loans are written off every year as uncollectible because the companies have gone out of business.

A 2016 report detailing loans made through the Small Business Express and Manufacturer’s Assistance Act written off as uncollectible by the state showed $6.2 million in loans that will not be repaid to the state. The company names were withheld by DECD.

“This is just a few samples,” Osmond wrote in his whistleblower complaint. “When I told management about companies that are delinquent receiving new loans I was told not to say anything, because it is not my job responsibility. Yet I’m the only person [who] prepares the delinquency report so it is my duty.”

Osmond previously helped raise the red flag over a $400,000 loan and grant made to a non-existent company whose owner was eventually apprehended in Canada by federal authorities. When Amoun Pita stopped making payments on the loan in 2014, the DECD offered to modify the loan.

Osmond had pointed out that the company’s website appeared fraudulent, according to an article by the Journal Inquirer.

The issues detailed in Osmond’s whistleblower complaints occurred between 2012 and 2016 when the department was run by Commissioner Catherine Smith, although he cites loan modifications and new loans as recently as 2018.

Connecticut’s practice of giving loans and grants to businesses for the purposes of economic development has come under increasing scrutiny over the past few years.

Much of the focus and criticism has been lodged at the First Five Program, a business incentive program created by Gov. Dannel Malloy that awards loans, grants and tax credits to major corporations in exchange for hiring new employees, retaining jobs or expanding operations.

The program suffered several black eyes over the years after some employers who had received financial incentives from the state decamped for Boston – like Alexion Pharmaceuticals – or laid off employees, like ESPN.

The Hartford Courant reported last week that Windsor Marketing Group, which had received $3.5 million in loans from the DECD in 2009 and 2015 filed bankruptcy and announced it would be shutting down.

Lehman told the Courant that he would be reevaluating how the DECD handles loans, forgiveable loans and grants.

But the state maintains other business loan programs which generally receive less public scrutiny because they make numerous smaller loans and grants to small businesses and manufacturers.

The Small Business Express program — also created by Malloy — and the Manufacturing Assistance Act give loans, grants and tax credits to smaller businesses to spur investment and job growth. DECD awards a maximum of $100,000 for a revolving loan, $300,000 for a job creation loan and a maximum grant of $100,000.

But those smaller figures to many more employers add up to big money. The DECD’s 2018 annual report lists an active portfolio of more than $1.3 billion in loans and grants to 1,654 companies.

According to DECD’s report, only 92 companies that received financial assistance from the state have gone out of business, amounting to 4.4 percent of their total portfolio.

“When a company goes out of business or otherwise defaults on its obligations, DECD gives the company an opportunity to cure the default,” the 2018 annual report states. “If the company is unable to do so, DECD attempts to collect its collateral and pursues all available legal options, including litigation, if appropriate.”

However, according to Osmond’s complaint the DECD continues to make new loans to companies that have not made their scheduled payments or reached their job growth goals.

A 2018 audit of the DECD’s annual business incentives report spurred much media interest as the state auditors reported the DECD overinflated job numbers they reported as a result of state investment.

The audit was the result of legislation passed in 2017 at the urging of State Comptroller Kevin Lembo and supported by groups as diverse as public sector employee unions and the Yankee Institute.

A new audit of the DECD is expected soon

The third-party lending fees – which were in violation of state statute and sometimes amounted to more than the original loan itself – were highlighted in a 2017 state auditors’ report. The DECD renegotiated the lending fees before the audit was released.

The DECD administers many of the loans made to businesses through the Small Business Express program.

However, the department also contracts out to non-profit, third-party lenders for some of the loans. Those lenders were provided with a $3,500 technical services fee, a percentage of the principle and half the interest collected on the loans.

But the fees and interest paid to the lenders could add up to more than the loan itself.

A DECD chart compiled by Osmond and obtained by him under a Freedom of Information request showed the state would pay $35,860.89 over ten years for a $10,000 loan. The chart does not include the interest the third-party lender also collects.

According to state statute, the lender should only be able to collect 4 percent in administrative fees.

One of those third-party, non-profit lenders is the Community Economic Development Fund, which was founded in 1994 by the Connecticut legislature and Gov. Lowell Weicker which offers small loans to Connecticut businesses in order to help grow jobs and support small businesses.

According to the audit, the State Bond Commission only allowed 4 percent of the $200 million bonded for the Small Business Express program to be used for administrative fees. If the contract with third party lenders had been allowed to continue, the state would have paid them $15 million, plus an additional $2.3 million in interest.

The DECD renegotiated with the third-party lenders in 2015 by offering them each “$1 million in new program funding” to amend their contracts with the state and sign new contracts. All but two of the lending partners agreed to the change.

Osmond alleges in his whistleblower complaint that when he took this information – and information concerning delinquent loans — to DECD officials he was retaliated against through removal of duties away and a low evaluation rating by former DECD Commissioner Smith.