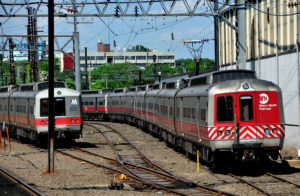 Before lawmakers even consider raising the gas tax to fund transportation, they need to reassess how they spend existing transportation funds. Many of the state’s new projects offer little return on investment and represent a long-term maintenance cost. Lawmakers should focus on repairing the infrastructure we have rather than building new infrastructure we can’t afford.

The latest payment for Connecticut’s rail line to Massachusetts makes the choices clear. The $155 million borrowed to pay for the new line almost exactly equals the $160 million needed for repairs to Metro-North’s New Haven line.

“Government investments in transportation leads to growth in the private sector,” say the politicians defending new transportation projects. This is sometimes true, but not always. I-95 plays a significant role in Connecticut’s economic health, but the Department of Transportation can also build roads almost no one uses, bridges nobody crosses, and trains that end up empty. Worst of all, taxpayers will pay for their maintenance regardless of how useful they are, year after year after year.

DOT projects that it will complete the Springfield line in 2018 and that the line will serve about 2,000 commuters each weekday. The line is already late and over budget. The total cost to the state for track and signals, assuming the project doesn’t run over budget again, will be about $570 million dollars.

Other costs, including stations, will bring the total cost to more than $1 billion.

By comparison, the New Haven line of Metro-North serves an estimated 125,000 riders per week day, a figure that’s projected to increase by almost 50 percent by 2030.

I take the 10:09 p.m. local from Grand Central to Stamford about four times a week. There is standing room only and it’s not unusual to see half a dozen people standing in each car. The idea that there will be a dramatic increase in ridership over the next 15 years is deeply concerning given the current limitations of the New Haven line.

The New Haven line also can inform us as to how well the Springfield line will be maintained: poorly. The line has a critical repair back log that, if the much needed repairs were made, would cost an estimated $160 million dollars. There’s evidence that this neglect has already caused accidents.

Why are Connecticut’s leaders building new rail lines when they fail to maintain – let alone upgrade – the lines we already have? If the state is going to borrow millions of dollars for public transit, leaders should prioritize repairs to existing infrastructure above new projects.

Repairs to the New Haven line would have a dramatic effect on travel times. Curves and crumbling bridges force trains to slow down. Realignment and replacement would allow trains to move at a faster average speed. This is particularly true of newer trains. The M-8 railcars and Acela trains are both hamstrung by poor rail maintenance, undermining the taxpayer’s return on investment.

To maximize the benefit from each taxpayer dollar, Malloy and lawmakers should halt expansion plans until they fix what we already have.