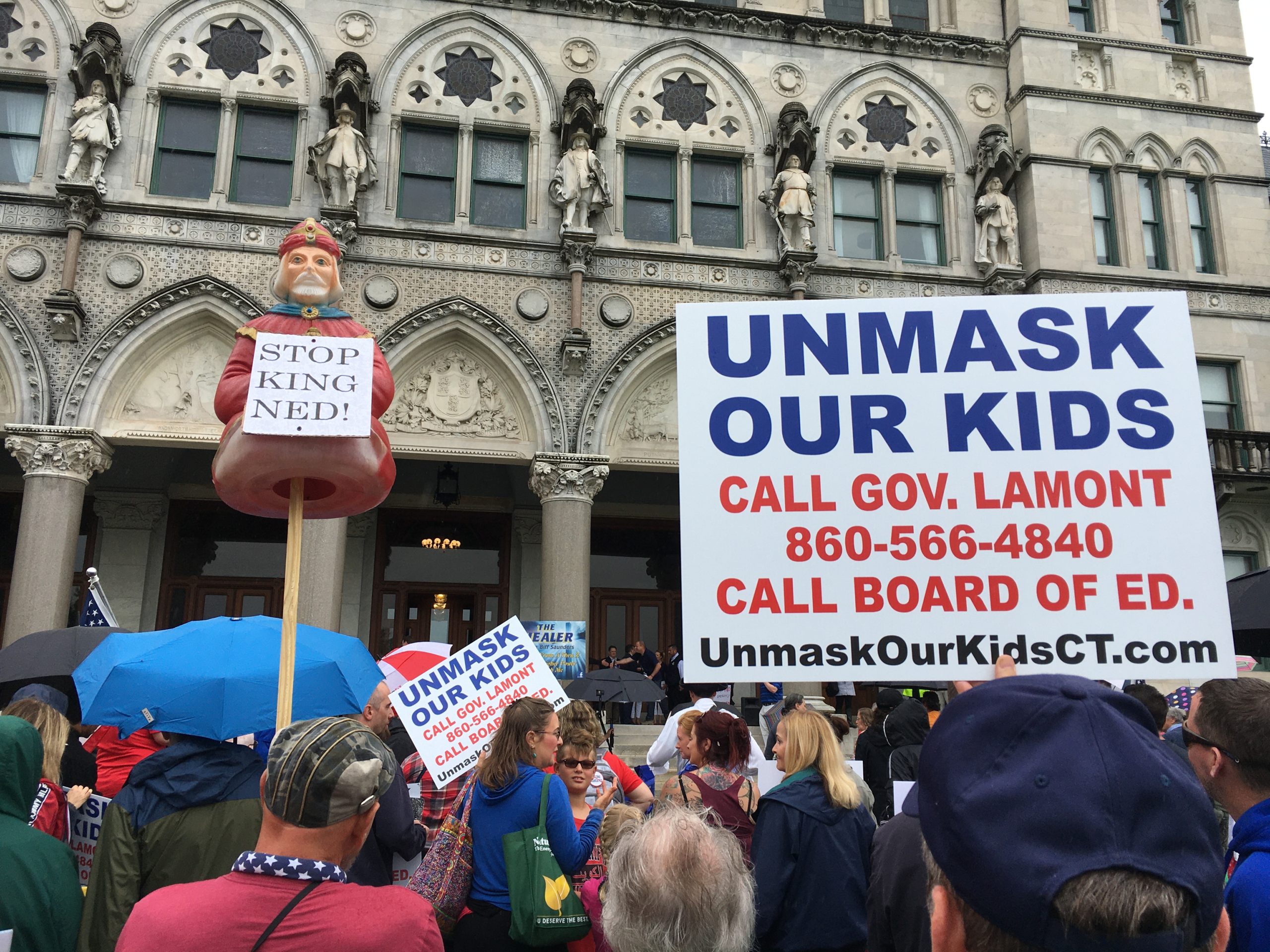 Over the protestations of Republicans and some Democrats in the House of Representatives and the Senate – along with protestations from groups gathered outside the Capitol – the General Assembly voted to extend Gov. Ned Lamont’s emergency pandemic powers another five months.

This is the sixth such extension of the governor’s powers, making Connecticut and Rhode Island the only states in the Northeast still under emergency executive powers.

The vote, however, was a foregone conclusion with Democrats holding a large majority in both chambers and Lamont enjoying positive poll numbers related to his handling of the pandemic.

In a letter to legislative leaders, Lamont argued the extension was necessary to preserve his current executive order, which include vaccine and testing mandates for state employees, school employees and healthcare workers, and to continue with testing and vaccination efforts in Connecticut.

The governor also said that continuing the emergency would ensure more federal dollars coming to Connecticut.

House Democrats blocked a proposed amendment by Republicans that would have required a public hearing with each executive order so the public would feel they are being heard.

In a press statement House Republican Leader Vincent Candelora, R-North Branford, and Deputy Republican Leader, Tom O’Dea, R-New Canaan, said they were “disappointed by Democrats’ willingness to prevent their constituents from adding their voices to the conversation on decisions Gov. Lamont is making through his emergency declarations.”

“These orders have far-reaching impact on the lives of Connecticut residents, and the day for them to have the say is long overdue. Unfortunately, our colleagues see it differently,” Candelora and O’Dea wrote.

Much of the criticism on the Senate floor was related to whether or not Connecticut – with one of the highest vaccination rates and lowest infection rates in the country – is still under public health emergency and whether or not the people are being properly represented by a government that has repeatedly ceded its power to the executive branch.

Sen. Rob Sampson, R-Wolcott, said that in an email exchange with the Commissioner of Public Health, he was informed that the criteria for determining whether or not there is an emergency rests solely with the governor using the COVID data made available to the public every day.

“No science required, just one man’s opinion,” Sampson said. “Based simply on the number of hospitalization and deaths arising from COVID-19, there is no current emergency and there has not been for a long time.”

Sampson pointed out that the General Assembly had a “full legislative session” during 2021 and had special sessions in 2020 and 2021. “No one — not legislative leaders, not the governor himself — can claim we were not able to conduct business, even at the worst of times.”

Sen. Steve Cassano, D-Manchester, argued the emergency powers are necessary because the legislative process takes too long, which would leave people dying.

“It is effective, it is efficient and most important, it is done for the public good,” Cassano said. “It should be passed for the good for the people of Connecticut.”

Sen. Will Haskell, D-Wilton, said that focusing on those numbers ignores the threat from COVID variants, such as the Delta variant. “I fear that those who feel so strongly – and I’ve listened carefully to their remarks – those who feel so strongly that this emergency is behind us, this pandemic is behind, are liable to throw out the umbrella because they are no longer getting wet,” Haskell said.

Sen. Paul Formica, R-East Lyme, says Republicans are not arguing that the virus no longer poses a threat but rather that the need for emergency executive powers are no longer necessary.

“I think the issue is, and I think most people agree, that the legislature is a separate but equal branch of government and is now in a position, I believe, to respond timely and to debate prudently and vote on any new threat that may arise as a result of a change in the current declining numbers of the COVID infection rate,” Formica said.

“Most agree, as I do, that the governor’s emergency powers are no longer solely necessary to effectively control this pandemic,” Formica said.

Lamont’s emergency powers will be continued through February 15, 2022, when the legislature will be in session. House Speaker Matthew Ritter, D-Hartford, said he has a “gut reaction” that this will be the last extension, however, there was no discussion in the House or Senate about what would happen after the emergency powers end.

The vaccine and testing requirement for state employees, teachers and healthcare professionals is tied to Lamont’s emergency executive orders and would likely have to be legislated. The same goes for executive orders related to landlords and tenets who are facing possible eviction.

A week prior, the legislative Conservative Caucus held an informational forum with members of the public who were faced with losing their jobs due to the vaccine mandate, which may leave bus companies and hospitals with a shortage of drivers and healthcare workers.

However, those reluctant to receive the vaccine or weekly testing will also have to contend with a possible federal mandate from President Joe Biden, who indicated he would require any business with 100 or more employees to require vaccines or weekly testing through the Occupational Safety and Health Administration, including requiring any healthcare facility receiving Medicaid or Medicare fund is required to have the vaccine, as well.

Thus far, Biden has only issued an executive order requiring vaccines or testing for federal employees and is waiting for OSHA to issue the employer requirement.

Republican Senators used their time on the Senate floor to not only argue against extending Lamont’s emergency powers but to also call attention to crime in Connecticut, pointing out homicide numbers, and arguing that it is a more pressing public matter for a special session.