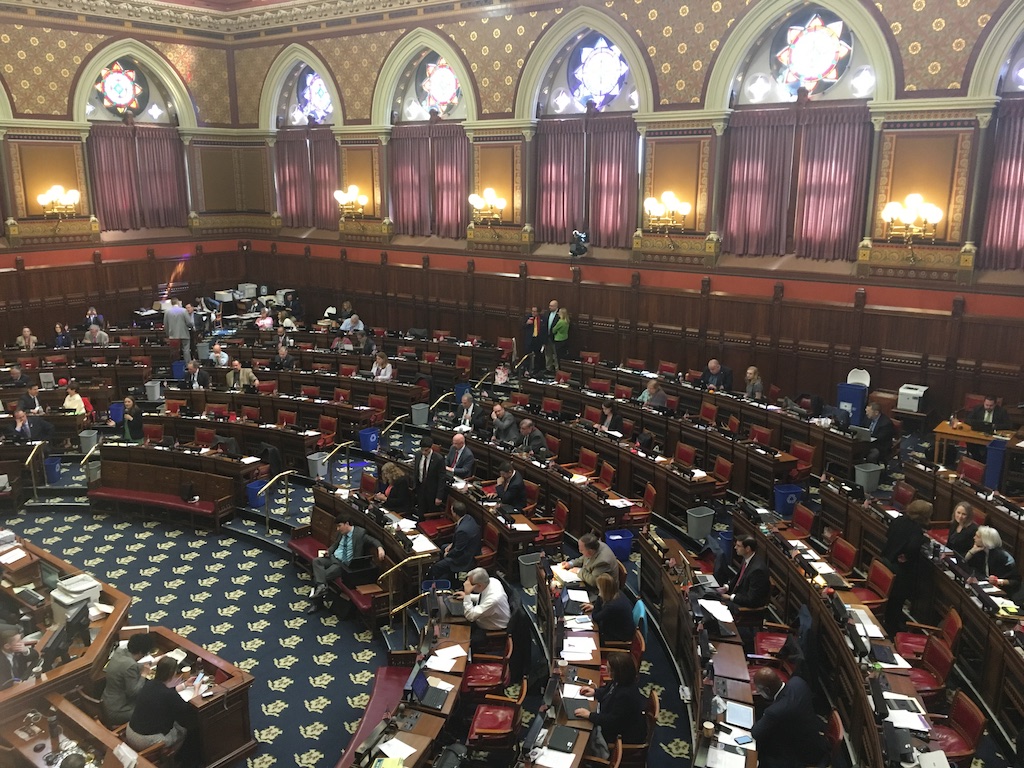 Language that would have given state department commissioners the ability to contract with other states was removed from the budget implementer by a voice vote in the House of Representatives.

Section 221 of the implementer bill raised concerns that it could be used to implement the Transportation and Climate Initiative pushed by Gov. Ned Lamont and Department of Energy and Environmental Protection Commissioner Katie Dykes.

The origins and intention of Section 221 were unknown, but it would have expanded existing law allowing departments to set their own regulations by allowing those departments to contract with other states with no legislative approval.

Republicans in the House and Senate, along with groups opposing the regional cap and trade system, said the broad language in the budget implementer raised the possibility of Connecticut implementing the TCI program through a backdoor channel.

The TCI program is a regional cap and trade system for fuel wholesalers and distributors meant to reduce transportation emissions that would have raised the price of gasoline and diesel fuel at the pump. It was meant to be a compact between 13 states, but only Massachusetts, Rhode Island, Connecticut and Washington D.C. have signed on to the final memorandum of understanding.

According to state statute, the DEEP can already work with other states to implement cap and trade emission systems, however the MOU Connecticut entered into for the TCI program required legislative approval.

House Republican Leader Vincent Candelora, D-North Branford, speculated that the implementer language could have allowed the DEEP commissioner to sign off on an amended MOU for the TCI program.

Legislative leaders declined to take up the bill authorizing Connecticut’s participation in the TCI program during regular session, but Gov. Ned Lamont said he remains committed to implementing the program in Connecticut.

Advocates pushed for the issue to be passed in special session and Ritter hinted that it could be included in the implementer when Democrats and Republicans reached a stalemate over the marijuana legalization bill in the House.

Debate on the budget implementer came after the House approved a revised marijuana legalization bill that met with Lamont’s approval after he threatened to veto the marijuana bill passed in the Senate.

Both the marijuana bill and budget implementer bill will now head to the Senate for final approval.