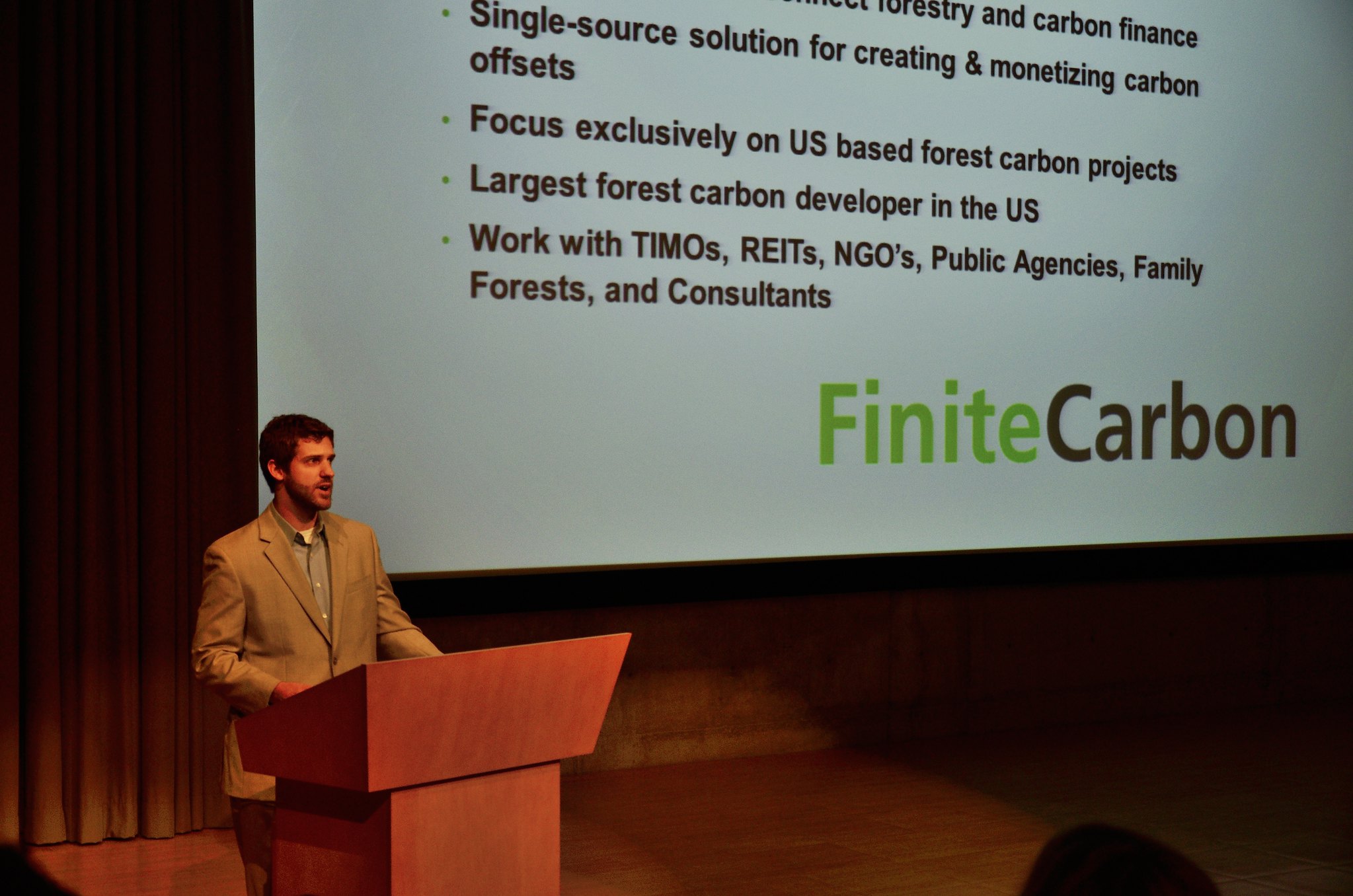 International oil giant BP has been lobbying for Connecticut’s General Assembly to pass the Transportation and Climate Initiative program to lower transportation emissions, but the company could end up profiting from the cap and trade system after acquiring the majority stake in the largest forest carbon offset developer in the country.

The TCI program is a cap and trade system that would require gasoline wholesalers and distributors to purchase emission credits at auction. The funds from the auction would be sent to participating states to invest in electric vehicles, public transportation and climate justice initiatives for cities.

However, the controversial program would result in gasoline and diesel price increases at the pump as fuel suppliers pass down the costs of the emission auctions to drivers and some organizations have warned the decreasing emissions cap could eventually result in fuel shortages and less revenue for Connecticut’s Special Transportation Fund.

Emission credits from the TCI auctions can be bought, sold and traded on a secondary market, but there also exists a market for carbon offsets under the TCI program and that market could allow a company like BP to generate profit from the emissions reduction program.

TCI places an emissions cap on gasoline and diesel sales that decreases every year. Although the cap limits the amount of emissions a fuel company can generate, auction participants can also use “offsets” in order to sell more fuel and create more emissions.

Offsets essentially allow a company like BP to produce more emissions if they invest in carbon reduction efforts elsewhere. BP lists the Transportation and Climate Initiative as part of their overall strategy to reach net zero carbon emissions by 2050.

The TCI program allows only three kinds of offsets – two offsets are related to methane, while the third is reserved for “sequestration of carbon due to reforestation, improved forest management, or avoided conversion,” according to TCI’s draft model rule.

Essentially, Finite Carbon plays middle-man between landowners and companies looking to purchase carbon offset credits to preserve forests, and the company claims to have generated one third of all carbon offsets generated by California, which requires carbon credits on an economy-wide basis.

Carbon offsets can be purchased and traded, similar to stock, or what the Wall Street Journal called “climate change currency” in an article about Finite Carbon.

BP’s ownership stake in Finite Carbon essentially gives the company an advantage, allowing the company to not only trade in TCI emission credits but also carbon offsets related to forest management. BP said it is “aiming for rapid growth,” in a press release about its purchase of Finite Carbon.

“Finite Carbon identifies and develops projects that enable landowners to generate revenue from the protection, restoration, and sustainable management of forests,” BP wrote in a press release. “These actions increase carbon stored in forests and generate carbon offsets that are verified against industry-recognized standards and can be traded on markets.”

“BP has asked Finite to produce voluntary credits ASAP so they can be available for its own carbon ledger and to trade among other companies eager to improve their emissions math,” the Wall Street Journal wrote in its story about Finite Carbon. “As part of its shift into non-fossil fuel markets, BP expects to trade offset credits the way it presently does oil and gas.”

“If other governments join California and institute cap-and-trade markets, voluntary offsets could shoot up in value,” the Wall Street Journal reported. “It could be like holding hot tech shares ahead of an overbought IPO.”

The ability to profit from carbon offsets as a work-around to lowering their emissions could help explain BP’s support for TCI, but it’s also not the first time BP has used its corporate heft to turn a state’s climate policies to meet their own goals.

According to The New Republic, BP spent $13 million opposing a carbon tax in the state of Washington in 2018, but in 2020 reversed course and supported a cap-and-trade system for Washington known as the Climate Commitment Act, even helping draft the legislation that was signed into law this year.

Washington’s system functions similarly to TCI but applies to a wider array of industries, rather than focusing exclusively on transportation. According to the bill signed by Gov. Jay Inslee, up to 5 percent of a company’s compliance obligations to be met through offset transfers in the first period, dropping to four percent in the second period.

“If Finite Carbon’s offsets are deemed eligible by the Washington Department of Ecology, tasked with designing the standards for the new offsets, BP could theoretically play both sides of the carbon accounting ledger,” The New Republic wrote. “Demand for carbon offsets is soaring, thanks in part to a recent rash of net-zero commitments from fossil fuel producers and other corporations, whose plans rely heavily on the concept.”

BP joined with other major corporations including Shell and Ford — which is pushing its latest electric vehicle line — to form a coalition pushing for TCI. The group, called A Coalition for a Better Business Environment, has been running advertisements on the radio and on internet websites promising cleaner air and more jobs if Connecticut signs on to the multi-state agreement.

So far this year, BP has spent $83,206.37 on paid media advertising in the first quarter of 2021 to lobby the legislature, according to the Office of State Ethics.

However, offsets do not sit well with some environmental groups and activists who claim the practice merely allows companies to keep emitting greenhouse gases and the offsets, particularly those related to reforestation or forest management, do not provide the climate mitigation effects touted by the companies using them.

That’s because offsets can be bought, sold and traded for forests that were never actually in danger of being cut down.

As reported by ProPublica and the MIT Technology Review in May of 2021, the Massachusetts Audubon Society raised $6 million in carbon offset sales to companies like Shell after telling the California Air Resources Board that it might chop down hundreds of thousands of trees on 9,700 acres of preserved forest the Audubon Society manages in Massachusetts.

“In order for California’s system to work, carbon market experts say, the program must cause carbon savings that wouldn’t have happened in the absence of the program,” ProPublica and the MIT Technology Review wrote. “If Mass Audubon had already planned to preserve the forest, then the carbon credits program is paying to save trees that were never at risk.”

The Massachusetts Audubon Society used Finite Carbon to calculate its logging scenario in order to sell the credits, according to ProPublica and MIT’s report.

CarbonPlan, a San Francisco based nonprofit that studies climate programs, conducted a study of California’s carbon offset program and found that most offsets are related to forest credits.

“You might think these projects involve growing new forests, but the vast majority instead involve a practice called ‘improved forest management’ (IFM). An IFM project claims to increase forest carbon storage through changes in existing forest management practice, such as increasing the length of timber harvest rotations,” CarbonPlan wrote in its study.

However, CarbonPlan found the forest offsets do not actually create the benefits its proponents claim.

“Rather than improve forest management to store additional carbon, ecological and statistical flaws in California’s offsets program create incentives to generate credits that do not reflect climate benefits,” the study concluded.

Just how much TCI would actually lower emissions, though, is in question. Although both TCI and the Lamont administration tout a 26 percent reduction in emissions over ten years, TCI acknowledges that emissions are estimated to decline “naturally” by 24 percent due to increased vehicle fuel efficiency and electric vehicle usage.

Opponents of TCI including Republicans in the House and Senate, along with the Connecticut Energy Marketers Association and the Motor Transport Association of Connecticut claim the program will lead to higher gasoline prices and potential gasoline shortages as the emissions cap is lowered year after year.

But environmental groups in other states have also opposed TCI, including the cap and trade aspect of program. According to a letter sent by multiple environmental justice groups, “The primary reason TCI does not guarantee emissions reductions in [Environmental Justice] communities is because it has a carbon trading system as its core policy.”

TCI is supposed to be comprised of thirteen states, including highly populated states like New York, New Jersey and Pennsylvania where demand for emission credits and carbon offsets could be quite competitive.

Thus far, only Connecticut, Rhode Island, Massachusetts and Washington D.C. have signed onto the program, and Connecticut and Rhode Island must pass authorizing legislation, which has not yet happened.

During a press briefing today, Speaker of the House Matthew Ritter, D-Hartford, said in response to a reporter’s question that “there is no decision on TCI,” and that the issue hasn’t yet come up in budget meetings with the governor.