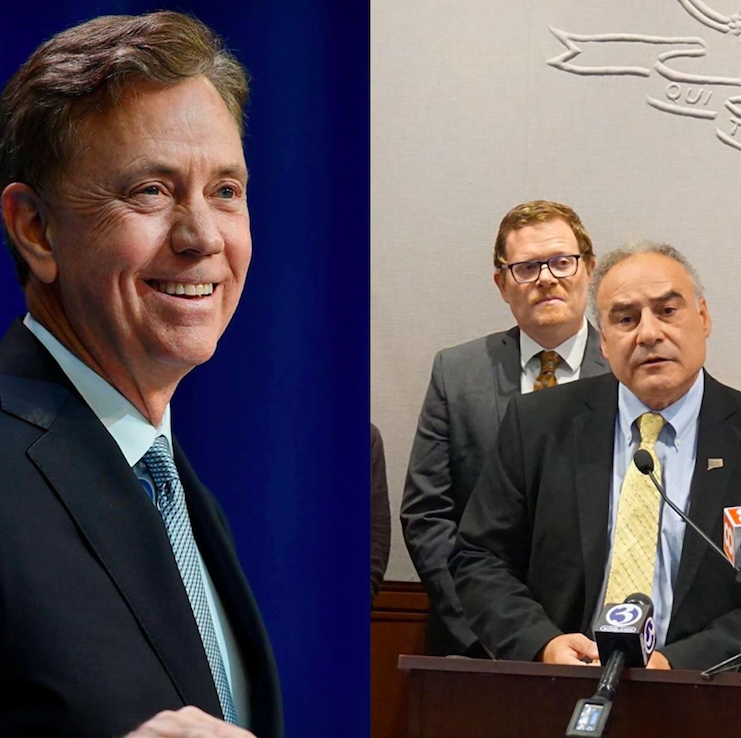 Gov. Ned Lamont’s push to ease occupational licensing requirements for military spouses and people moving into the state received support from the Office of Military Affairs, the American Civil Liberties Union, independent contractors and business associations, but was lambasted by labor unions during a public hearing before the General Law Committee on Tuesday.

The bill would allow Connecticut residents and military spouses who are licensed for a job in other states and are in good standing to be licensed in Connecticut, provided they pay the appropriate fees and pass a state exam and background check.

The Department of Consumer Protection can also issue a license if an occupation does not require a license in at least twenty-five other states, provided the individual has been working in a “similar scope of practice” for the preceding four years and can pass Connecticut’s tests and background check.

Gov. Lamont’s policy director, Jonathan Dach, testified on behalf of the administration and said occupational licensing restrictions in Connecticut presents a barrier to people moving into the state.

“There is bi-partisan consensus that intricate job and state-specific license requirements discourage people from moving here and elsewhere around the country,” Dach said. “We’re not denying those people licenses, we’re deterring them from applying in the first place because they believe – rightly, or in some cases, wrongly – that they will have a hard time.”

In her written testimony, Lt. Gov. Susan Bysiewicz who chairs the Governor’s Council on Women and Girls said removing the licensure restrictions for military spouses is a matter of equity for women, who make up “over 90 percent” of military spouses.

“Given the mobility of our military men and women, who risk their lives for our protection, it is important that we remove any unnecessary barriers for their spouses to have gainful employment when moving to our state,” Bysiewicz wrote. “We certainly do not want to discourage spouses from also making the move for fear of not being able to work.”

The governor’s bill, however, was opposed by numerous labor unions, including Sal Luciano, president of the Connecticut AFL-CIO, who said he was “dismayed that Governor Lamont would participate in the billionaire Koch network’s legal, legislative and public relations crusade against occupational licensure.”

“This bill lowers the bar for workers from out-of-state,” Luciano wrote in his testimony. “Without knowing the quality of education, types of training, years of experience or other licensing requirements in other states, it allows out-of-state workers to receive a Connecticut license by just passing a test.”

Luciano was joined by numerous other union leaders in his opposition to the occupational licensing bill, including Joseph Toner, president of the Greater Hartford-New Britain Building & Trades Council who wrote Lamont was “waging class warfare by attacking Connecticut residents that hold occupational licenses.”

The occupational licensing reforms were part of Lamont’s latest budget proposal, which has already sparked backlash from union leaders and progressive Democrats for, among other things, not raising taxes on the wealthy.

Connecticut has the 18th most broad and onerous occupational laws in the country and costs the state 48,000 jobs and over $400 million in economic losses, according to studies conducted by the Institute for Justice in 2017 and 2018.

“Connecticut imposes education burdens and fees on some occupations that seem excessive compared to those for other occupations that may present greater risks to the public,” the study says. “For example, in Connecticut, it is more difficult to become a massage therapist than an EMT.”

Fees for obtaining an occupational license range in the hundreds of dollars, while education can sometimes take years and encompass multiple tests, depending on the job.

More recent reforms include allowing individuals who have committed a crime in their past to still be eligible for a barber’s license to cut hair, which requires 1,000 hours of schooling at an approved school and a $100 fee.

“Because Connecticut is the only state that requires auto glass technicians to be licensed, we cannot bring in other highly qualified technicians (who meet or exceed Connecticut’s licensure requirements) for a temporary period of time to help handle large backlogs of auto glass repair claims,” Safelite wrote. “Ironically, we can send Connecticut technicians to other states where there is a severe weather event and help out-of-state consumers with backlogged claims.”

During the COVID-19 pandemic, Lamont issued executive orders suspending licensing requirements for some medical personnel and pharmacists from out of state to help support hospital and testing staff.