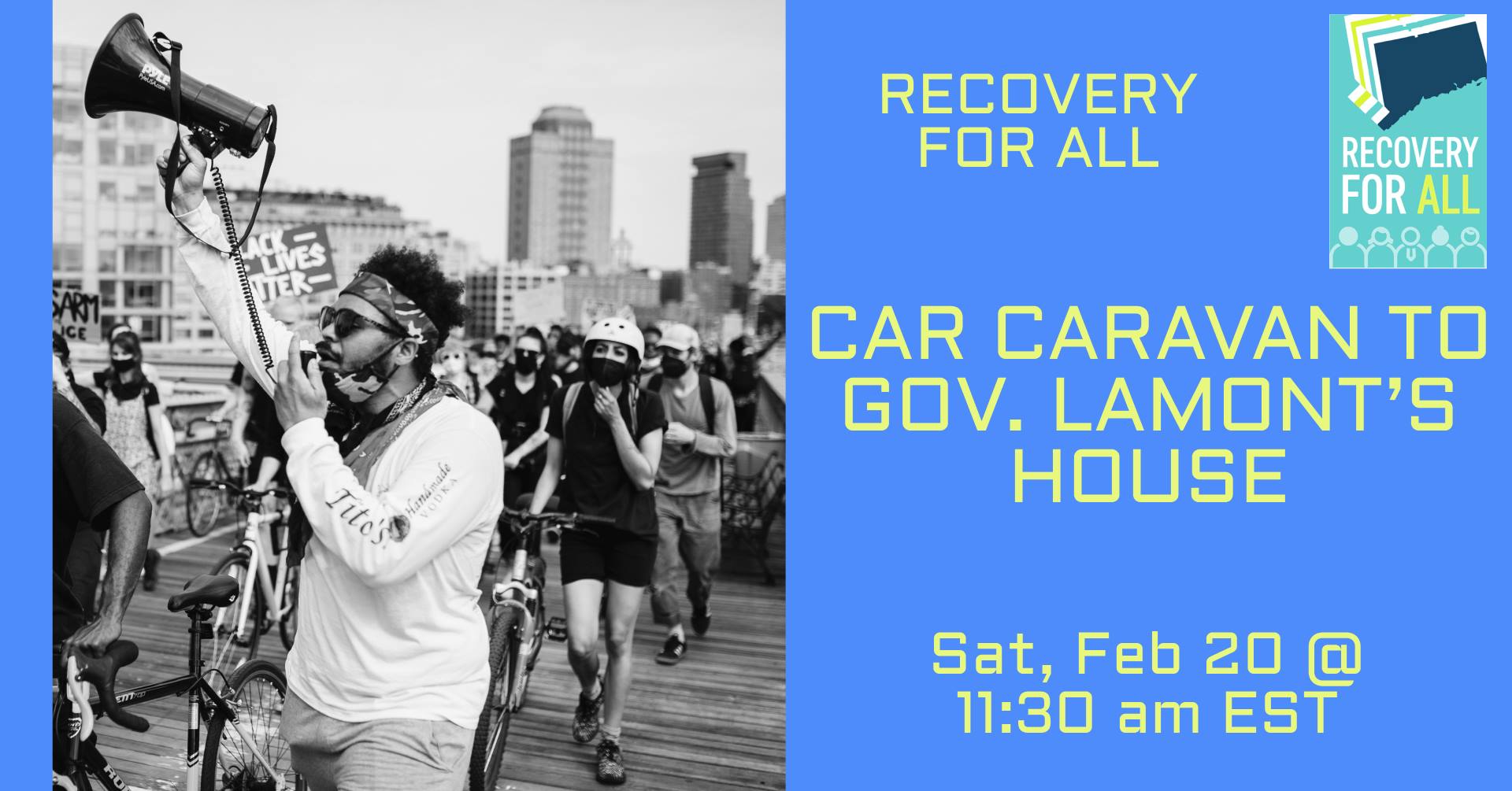 The “Recovery for All Caravan” will call on “Governor Lamont and the General Assembly to pass a People’s Budget,” according to an email alert from the Working Families Party.

“We are in the midst of an economic recovery that looks very different depending on where you stand in the economy,” the email reads. “Those lucky enough to work from home have fared well enough. But front-line workers, communities of color, and people in service jobs have become destabilized financially having borne the brunt of the pandemic. A boom on Wall Street doesn’t mean Main Street is thriving – in fact, we’ve seen the opposite here in Connecticut.”

Connecticut Voices for Children in December outlined a plan to restructure Connecticut’s income taxes for the wealthy, including implementing a tax on “mansions” and increased capital gains taxes. Several of these proposals have already been put forward as bills for the 2021 legislative session.

The state’s fiscal projections have changed dramatically over the course of the pandemic, going from a projected $2.1 billion deficit to a surplus in fiscal year 2021 largely due to gains made on Wall Street and Connecticut’s heavy reliance on the financial sector for revenue.

The budget also relies on finding efficiencies through technology and consolidation as state government prepares for a wave of retirements before July of this year, which could mean fewer state employees in the future.

The State Employee Bargaining Agent Coalition issued a statement following release of the governor’s budget, saying they will not give up wage increases and calling on Lamont to raise taxes on the rich.

“Fortunately, collective bargaining isn’t based on the boss’s assumptions, but on the facts, and on the collective voices of the front-line workers. We intend to bargain not just for fair wages, but for powerful and effective public services and for contracts that benefit all of Connecticut’s people,” the SEBAC statement says. “We invite Connecticut’s multi-millionaires and billionaires who have profited so much during the pandemic to join us in that fight by finally paying their fair share.”

State employees received their second wage increase in two years during the pandemic, part of the 2017 SEBAC Agreement negotiated by Gov. Dannel Malloy estimated to cost $357 million. The agreement awarded a one-time lump sum payment in 2018, followed by two 5.5 percent pay increases in 2019 and 2020 to state employees following years of frozen wages.

Over the summer state unions and the Working Families Party continued their push to raise taxes on the wealthy, including running “Tax the Rich” commercials and holding a “Money Bags and Body Bags” car caravan in Greenwich where they left fake body bags in front of wealthy residents’ homes.

Along with the Working Families Party, AFSCME Council 4, SEIU 1199 and AFT CT, are also hosting the car caravan at the Governor’s Mansion.