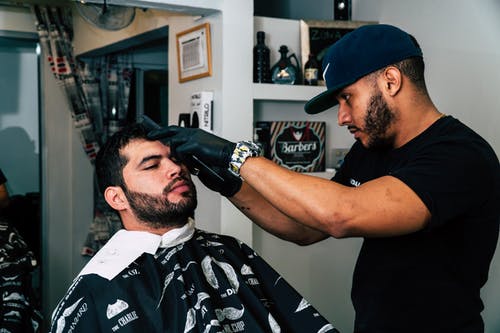 A new study from the Virginia-based Institute for Justice estimates Connecticut’s occupational licensing laws are costing the state 48,000 jobs.

At What Cost? State and National Estimates of the Costs of Occupational Licensing found Connecticut has the 10th highest percentage of state-licensed workers in the country which, the study argued, drives prices higher for consumers and creates barriers to employment for state residents.

“Given our cost estimates and ample prior research showing licensing rarely improves outcomes for consumers,” the authors wrote, “it seems likely that eliminating needless licensing burdens—and, if necessary, replacing them with less restrictive alternatives—would translate into higher employment, higher economic output, and a more efficient and equitable allocation of resources.”

According to the study, the effect on Connecticut’s economy is substantial – an estimated loss of 48,105 jobs and $404.5 million to the economy, based on a “conservative estimate.”

The study argues that licensing protects a particular occupation from competition and drives up licensed workers’ wages by 27.25 percent in Connecticut. Those higher wages result in higher prices for consumers.

While state licensing is often marketed as a public-safety measure meant to ensure quality services, the authors note that few academic studies support that theory.

They also point out that state licenses for occupations which have few public safety implications are often more restrictive than jobs in the medical field. “On average, it takes 11 times as much training to become a licensed cosmetologist as it does to become a licensed emergency medical technician.”

Instead, they write, state licensing – and, in particular, licensing boards – act as a form of monopoly on an occupation. “Boards are frequently ‘captured’ by people with a vested interest in the occupation and sometimes even by the same people who lobbied for a license’s creation.”

The Chairman of the Board of Barbers and Hairdressers is Michael Gugliotti. He is also school director for the International Institute of Cosmetology in Wethersfield, one of the board-approved schools.

Tuition for the 1,500-hour hairdresser and cosmetology course at the International Institute of Cosmetology is $19,050, according to the Connecticut Office of Higher Education.

In 2017, Gugliotti opposed a Senate Bill to allow hairdressers and cosmeticians the ability obtain training through an apprenticeship approved by the Department of Labor rather than attending a school. A similar bill for barbers was passed in 2015.

According to Gugliotti’s testimony, “the DOL does not have experience with professions that place their hands directly on other people.” Gugliotti also noted that as of that time, no barbers were enrolled in the apprenticeship program.

The bill ultimately passed, however, and hairdressers and cosmeticians can now train as an apprentice, allowing them to earn money while they train for the job.

According to the DOL’s website, the apprenticeship requires 2,000 hours training on the job and 150 hours of “theory” training to be signed off on by an approved cosmetology school.

Over the course of 2018, the Board of Barbers and Hairdressers held four meetings and approved four location changes for existent cosmetology schools and added an additional location for the Ace Cosmetology Barber Training Center.

Two of those meetings in 2018 consisted only of approving minutes of past meetings or scheduling future meetings, according to a review of the Board’s meeting minutes.

Institute for Justice’s study argues these regulations that require large amounts of time and expense for jobs which pose little risk to the public prevent or delay new workers from entering the workforce while raising consumer costs.

Although, the authors estimate occupational licensing may cost 1.8 million jobs and $6.2 billion in lost economic output nationally, the potential effect of reforming the licensure system is unclear. However, they maintain that more competition is a positive gain for the economy and workers.

“By and large, when markets are more competitive, both workers and consumers win,” the study said.

Marc E. Fitch is the author of several books and novels including Shmexperts: How Power Politics and Ideology are Disguised as Science and Paranormal Nation: Why America Needs Ghosts, UFOs and Bigfoot. Marc was a 2014 Robert Novak Journalism Fellow and his work has appeared in The Federalist, American Thinker, The Skeptical Inquirer, World Net Daily and Real Clear Policy. Marc has a Master of Fine Arts degree from Western Connecticut State University. Marc can be reached at [email protected]Institute.org