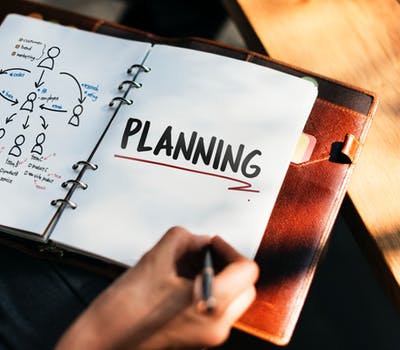 According to several news reports, some Connecticut residents were unaware they would be paying .5 percent of their paycheck toward Connecticut’s new paid family and medical leave program beginning in January, but there is another paycheck deduction that could appear at some point in 2021.

It’s a public retirement plan run by the quasi-public Connecticut Retirement Security Authority which would levy a 3 percent payroll deduction for employees whose employers do not have a retirement plan. The money will be placed in an individual Roth IRA account, which will be managed by a third party vendor.

Although Connecticut’s retirement-for-all plan has been delayed several years it has not been forgotten, and the CRSA overseeing the plan indicates they expect to launch a pilot program in mid-2021.

Like the FMLA deduction, employers would not be required to contribute to the plan but must enroll their employees if they do not have a qualifying retirement plan and have five or more employees.

Unlike the FMLA deduction, however, this plan is optional. Employees who do not wish to participate in the plan must affirmatively opt out every year.

According to Jessica Muirhead of the Office of the State Comptroller, the CRSA is currently in  negotiations with an account manager, which it expects to complete by “early 2021.”

“At this time, the CRSA intends to launch a pilot in 2021, with subsequent waves of outreach to follow,” Muirhead wrote in an email. “The program will be launched with a small group of eligible employers in a pilot phase, designed to test the program prior to the full-scale launch.”

State Comptroller Kevin Lembo is the chairman of the CRSA board, which includes State Treasurer Shawn Wooden and Office of Policy and Management Secretary Melissa McCaw, among others.

The CRSA estimates this program will apply to 600,000 Connecticut workers.

The legislation creating the program narrowly passed in 2016 with a tie-breaking vote in the Senate by then Lieutenant Gov. Nancy Wyman. Supporters – including Gov. Dannel Malloy, Comptroller Lembo and labor unions – pressed for the program to address the number of residents not participating in a retirement plan.

“There is an entire generation of employees, many of them lifelong hard-working middle class people, who are headed to retirement financially unequipped,” Lembo wrote in his 2016 testimony. “This is a problem, not only for those individuals and families who are financially forced to delay retirement indefinitely, but for our entire state and economy.”

The program was opposed by the Connecticut Business and Industry Association who sees it as another attempt by the state to undercut one of its primary industries – financial and investment services.

“There is absolutely no reason for the state to incur the financial risks associated with this plan,” wrote CBIA’s Eric Gjede in public hearing testimony. “We can all walk into our hometown bank and be enrolled in an IRA in a matter of minutes – with automatic deductions right from our bank account. Further, the federal government also has a voluntary IRA plan available to anyone that prefers a public sector plan.”

Although the program was set to launch in 2018 it has faced a number of set-backs including an on-going legal battle over a similar program in California and the CRSA running out of money in 2019 and dismissing its executive director, Mary Fay.

Added into the mix was a 2019 legislative change that removed the requirement the Authority provide several investment vendors for workers to choose from. Instead, the Authority selects one investment firm to handle the money, something Gov. Dannel Malloy fought against leading up to passage of the legislation.

Even with a successful start-up, the program could face difficulty in the future because of the 3 percent deduction.

The 2016 feasibility study conducted by several consultants including the Center for Retirement Research at Boston College and Mercer Investment Consulting recommended a default 6 percent deduction from paychecks in order to achieve a $1 billion breakeven point for the program to become self-sustaining and to pay back initial start-up costs.

“At a 3% default contribution rate the Program’s financial viability becomes less certain and the payback period is longer,” the authors wrote.