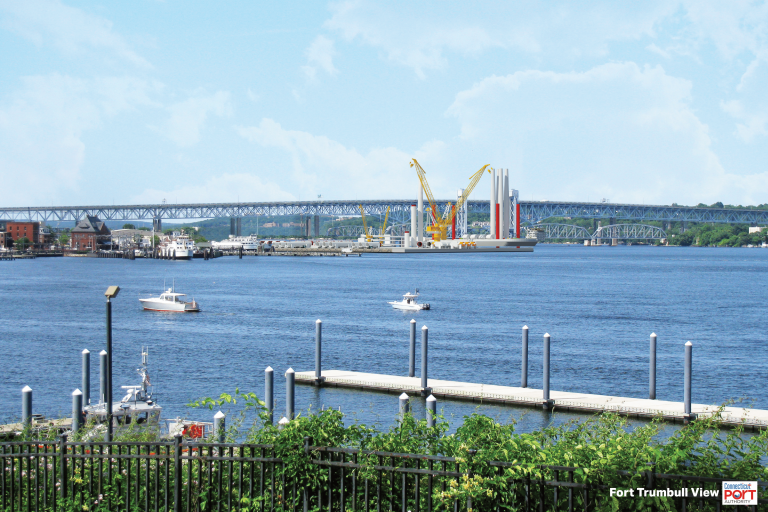 The Connecticut Port Authority was unable to provide documentation for why a project labor agreement was included for the estimated $157 million State Pier project in New London, according to a Freedom of Information request.

Project labor agreements require a contractor to use union labor and abide by union rules on a project, including paying union benefits. The inclusion of a PLA on a state or municipal project often prevents non-union contractors from submitting competitive bids.

According to state statute, a project labor agreement can only be included on a state project when it is determined to be in the public’s best interest.

According to the Request for Qualifications issued by the Port Authority, the Port Authority “has determined that it is in the public’s best interest to require a Project Labor Agreement (“PLA”) for this Project” after considering the effects listed by state statute.

But the Port Authority was not able to provide for how it reached the determination a PLA was in the public’s best interest.

The September 28 FOI response notes the Port Authority is “attempting to obtain the additional requested information regarding the decision to include the Project Labor Agreement requirement in the Authority’s solicitation from another State agency and will provide an update as soon as the information is available.”

Thus far, no further information has been received.

But the inclusion of a PLA for the State Pier project was a source of frustration for state contractors, some of whom are qualified to perform the work but will no longer bid on project because of the union requirements.

Chris Fryxell, president of the Associated Builders and Contractors of Connecticut who filed the FOI request, believes the Port Authority violated state statute by limiting the number of contractors who could or would bid on the project.

“If the Port Authority can’t come up with any objective rationale for discriminating against qualified, experienced contractors then the decision to use a PLA was a political one and that should concern taxpayers,” Fryxell said.

If the Port Authority can’t come up with any objective rationale for discriminating against qualified, experienced contractors then the decision to use a PLA was a political one and that should concern taxpayers.

Chris Fryxell, President of the Associated Builders and Contractors of Connecticut

“This project, like all publicly funded projects, should be subject to a fair, open and competitive bidding process that treats union and open shop contractors the same,” Fryxell continued. “The process the Port Authority used to suppress competition is wrong and, we think, in violation of state statute.”

Reached for comment, newly-appointed Connecticut Port Authority Executive Director John Henshaw pointed to an appendix in the Request for Qualifications stating that “time is of the essence for the State Pier New London Project.”

The appendix says the PLA will provide a uniform labor contract expiration date so the project “isn’t affected by the expiration of various, local union agreements;” contains no-strike and no-lock-out provisions; provides “alternative dispute resolution procedures” and “assures that contractors get immediate access to a pool of well trained and highly skilled workers.”

The State Pier is being redeveloped as a staging area for an offshore wind energy project by Eversource and Danish company Ørsted known as Revolution Wind, which will also be constructed under a project labor agreement as required under legislation authorizing the procurement of offshore wind energy.

Although a contractor has not yet been selected, the Port Authority and its construction administrator AECOM have narrowed the selection down to two companies: Skanska USA Building headquartered in New Jersey and the Kiewit Corporation headquartered in Nebraska.

Work is expected to be completed by August of 2022 so that the offshore wind project can also meet its deadlines.

Previous studies have shown that PLAs often increase the cost of a project significantly. An examination of school construction costs in Connecticut found the use of project labor agreements increased the cost by upwards of 19 percent, or $503 million in taxpayer dollars.

According to CT Examiner, State Senators Heather Somers, R-Groton, and Paul Formica, R-East Lyme, sent letters to Gov. Ned Lamont with concerns over the rising cost of the project and transparency at the Port Authority.

The original agreement was for $93 million but the scope of the project increased with Eversource/Ørsted now committing $77.5 million and the state of Connecticut and the Port Authority funding $79 million.

Eversource/Ørsted will then lease the State Pier for $2 million per year for 20 years.

Despite the potential for increased costs and fewer bidders, the Lamont administration has shown a favoritism toward project labor agreements in the past.

During the debate over tolls, it was revealed that $19 billion worth of state projects listed in the tolling proposals would be completed using PLAs, which sparked controversy because the projects had not even been put out to bid.

Unions heavily backed Lamont in his campaign to become governor in 2018, spending over $1 million in independent expenditures and holding rallies for him and fellow Democrat candidates.

The Connecticut Port Authority also came under fire in 2019 after a series of reports caused a leadership shake up at the quasi-public authority.

Executive Director Evan Matthews was placed on administrative leave for unknown reasons; Port Authority Board Chairwoman Bonnie Reemsnyder stepped down after it was revealed the Authority paid her daughter $3,000 for professional photographs and board member Scott Bates resigned when it was revealed he offered no-bid contracts to business associates.

A 2019 state audit further revealed the agency spent thousands of taxpayer dollars on dining and travel, piling on to the Authority’s long list of troubles and lead to further outcry by legislators who held hearings on the matter.