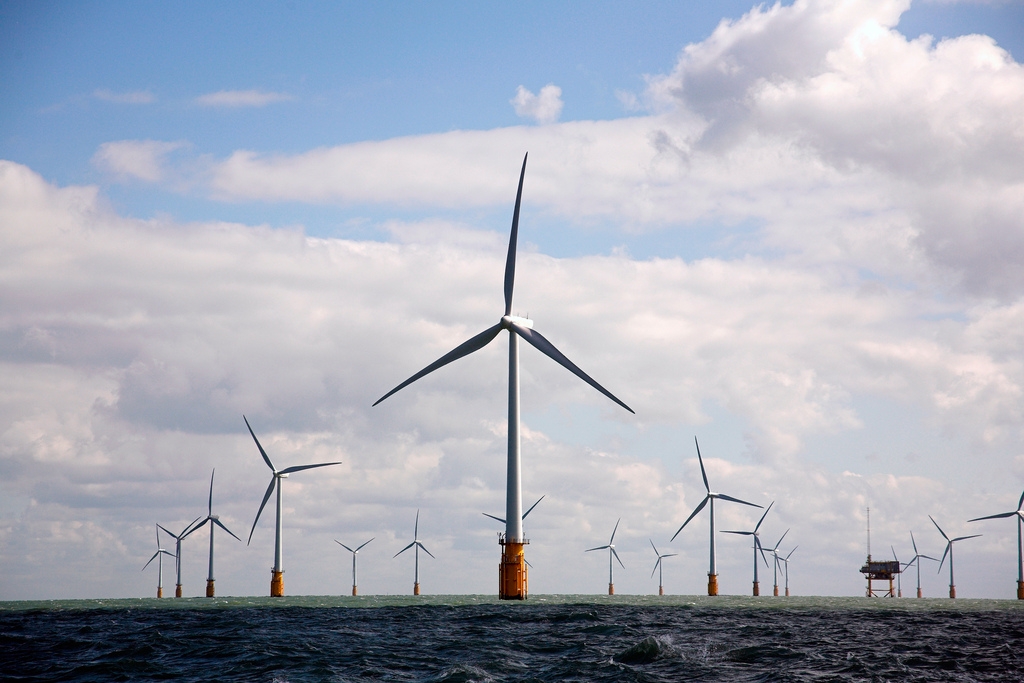 As Connecticut lawmakers and Eversource executives battle back and forth over rate increases and Eversource’s response to storm Isaias, offshore wind agreements set in place by Connecticut could potentially drive electricity rates even higher in the future.

Connecticut in 2019 mandated that Eversource and United Illuminating enter into an agreement to purchase 804 megawatts of offshore wind power from Vineyard Wind through its Park City Wind project and an additional 304 megawatts from Revolution Wind, a joint venture between Eversource and Ørsted.

Both projects are currently under development. Revolution Wind is expected to go online in 2022 and Park City Wind in 2025.

Under the terms of the power purchase agreements, Eversource and United Illuminating are required to purchase power generated by Revolution Wind at a cost of $99.50 and $98.42 per megawatt hour, according to a report by Power Advisory, LLC, a consulting and analysis firm specializing in electricity.

The U.S. Department of Energy pegs the levelized cost of Revolution Wind at $94 per megawatt hour.

The purchase price for the Park City Wind project has not yet been made available, but Massachusetts entered into a power purchase agreement with Vineyard Wind for $74 per MWhr, which will then decrease to $65, according to the Energy Department.

For comparison, the average price per megawatt hour on the wholesale electricity market in 2019 was $30.67, with 65 percent of electricity in New England coming from natural gas and nuclear, according to ISO New England.

The Millstone power purchase agreement – which Eversource and some lawmakers cited as a reason for the latest rate increase — was set at $49.99 per MWhr, and resulted in an average increase on residential consumers of roughly $5.58 per month, according to a report in CT Examiner.

The effect, at first, may not be as dramatic because Connecticut receives much more of its electricity from the Millstone Nuclear Plant.

According to the Department of Energy and Environmental Protection Connecticut will procure 19 percent of its electricity from offshore wind when the wind farms are up and running.

However, the state has authorized DEEP to mandate the purchase of 2,000 megawatts of energy from offshore wind, meaning offshore wind could essentially replace the Millstone plant which has a capacity of 2,073 megawatts, according to the U.S. Energy Information Administration.

Lamont set a goal of reaching 100 percent renewable electricity supply for Connecticut by 2040 and praised approval of the Millstone agreement by the PURA.

Eversource has attempted to shift part of the blame for its latest rate increase to the Millstone Nuclear Power Plant.

Legislation passed in 2017, allowed Millstone, which is owned by Dominion Energy, to compete on the carbon-free energy market rather than compete with other energy sources like natural gas, allowing the nuclear plant to increase prices.

How much of the rate increase was attributable to the Millstone power purchase agreement is debatable. Regulators are trying to get to the bottom of the question after initially approving in the increases.

Sen. Matthew Lesser, D-Middletown, who serves as vice-chair on Connecticut’s Energy and Technology Committee blamed Eversource’s rate increase directly on the Millstone agreement in a letter to PURA.

“90% of the Eversource distribution increase is due to the contract between Eversource and Dominion Energy entered into pursuant to PA 17-3, according to an analysis by DEEP,” Lesser wrote. “This is the most outrageous example of corporate welfare I have seen in my 12 years in the legislature and the existing contract is clearly not in the interest of Connecticut’s ratepayers.”

But the power purchase agreements with both Revolution Wind and Vineyard Wind could have a similar effect by mandating that Eversource and United Illuminating purchase offshore wind energy at a price much higher than energy available on the wholesale market.

The legislation that authorized procurement of offshore wind from companies like Ørsted, Eversource and Vineyard Wind was approved overwhelmingly by the General Assembly in 2019, including Sen. Lesser, and then signed into law by Gov. Lamont.

Eversource owns a 50 percent stake in the Revolution Wind project, which means the company will make money on the generation of wind energy and then the distribution of that power.

According to Eversource, the company can both produce energy and distribute it because the two activities fall under two different categories: regulated and unregulated.

“Eversource owns its interest in these projects through distinct unregulated corporate entities that are separate from the regulated utilities purchasing the power,” Eversource spokesman John Olivieri wrote in an email. “Under state law and regulations in Connecticut, transactions between regulated and unregulated affiliates are expressly allowed, but are strictly scrutinized by regulatory authorities.”

PURA signed off on Eversource’s latest rate increase and only backtracked after public and political outcry. PURA under the control of DEEP, which is pushing hard for generating 100 percent renewable electric power.

Most of Connecticut’s electricity is generated through natural gas and the Millstone Nuclear Power Plant, according to the U.S. Energy Information Administration.