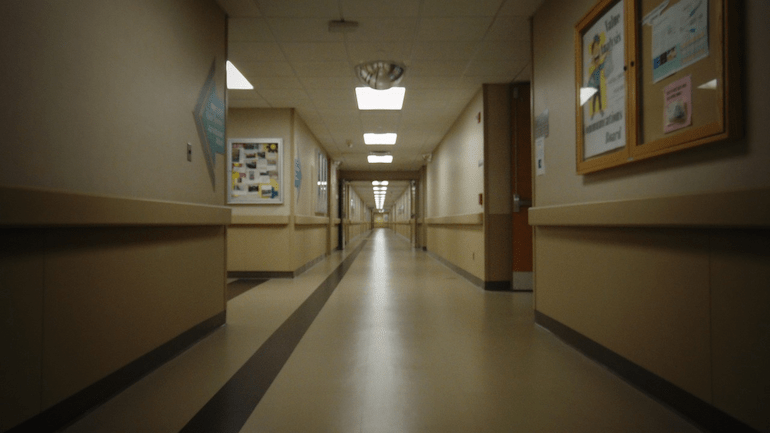 Mark Cusson, the former nurse at Whiting Forensic Hospital who was convicted in court of abusing patient William Shehadi, is collecting an $88,229 pension while serving his sentence, according to the state’s Open Pension website.

Cusson was found guilty of the abuse in August of 2019 and sentenced to 15 years in prison, which will be suspended after he serves five years. Cusson has a family at home and has appealed the case.

The years of abuse of Shehadi, which was brought to light by a whistleblower and backed up by video evidence, spurred a large-scale investigation, legislative hearings and ten arrests of Whiting staff with many more dismissed from employment.

The abuse has also sparked a lawsuit brought by Shehadi’s brother against the state of Connecticut, the Department of Mental Health and Addiction Services, Whiting Forensic Hospital and a number of state and hospital officials.

The court complaint contained a long list of abusive incidents perpetrated by Cusson, including kicking the patient repeatedly, straddling his head while he lay in bed, putting a dirty mop on his head and dumping water on him.

Cusson retired before his employment could be terminated and, despite the court conviction, is receiving a state pension. During his final two years as a nurse, Cusson earned $185,614 and $172,852 in salary and overtime.

Cusson, however, is not the only former Whiting employee collecting a pension who was dismissed for his role in the abuse scandal or who retired during the investigation, according to a list of disciplined employees provided by DMHAS.

It should be noted that none of the former employees listed below were among the ten arrested for the abuse of Shehadi, rather they were dismissed by DHMAS or retired during the investigation.

Connecticut law says that pensions can only be revoked if the employee has been convicted of stealing money, one way or another, from the state, including embezzling public funds, theft from the state or bribery.

An amendment to a sexual harassment bill that would have changed the pension revocation law to include sexual abuse and rape among the crimes for which a state pension could be revoked passed in the Senate in 2018, but the bill was never taken up in the House of Representatives.

The amendment was spurred by reports that at least one former state employee was still eligible for a pension after being convicted of sexually abusing two severely autistic women numerous times over the course of his employment with the Department of Developmental Services.

Currently, in order to reduce or revoke a pension for financial crimes, the state’s Attorney General has to file for revocation in Superior Court.

The civil suit against the state and DMHAS is ongoing, but a 2006 lawsuit against Whiting over the death of a patient resulted in a $2.3 million settlement.