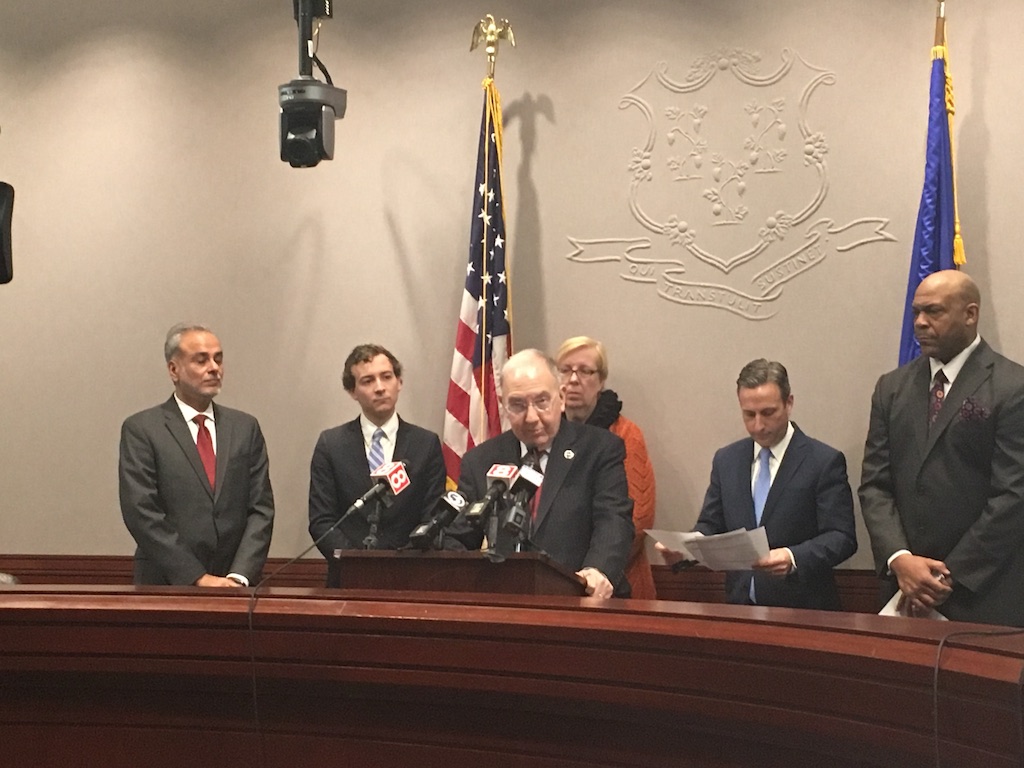 At a press conference Thursday, Senate President Pro-Tem Martin Looney, D-New Haven, announced Senate Democrats will push back against municipal zoning restrictions that make it difficult for low-income families to get affordable housing in suburbia.

“Communities should not be able to rely upon local zoning and local practices to the extent that they are right now to bar the development of affordable housing in their community,” Looney said. “It’s an issue where the needs of the state take precedence over needs or wishes of individual towns.”

Although the carrot approach may work for low to middle-income areas that would likely need and accept more state funding, Connecticut’s wealthiest municipalities receive little in the way of state funding and would have little need to accept any bargain from the state.

When questioned about this, Anwar jokingly said, “Well, then we’ll have to use a stick.”

The push by Democrats comes after a series of CT Mirror articles showed how local zoning laws – particularly in Connecticut’s wealthier districts – prevent the building of more affordable housing.

An interesting twist in the story, however, is that some of those towns have elected Democratic senators in the last election, even as their residents protest the building of new housing units meant to help the poor gain upward mobility or have access to good school systems.

Towns like Greenwich, Westport and Wilton elected new Democratic senators over long-time Republican incumbents, and Gov. Ned Lamont is a resident of Greenwich.

Sen. Will Haskell, D-Wilton, stood with his fellow senators at the press conference. Haskell’s district includes parts of Westport, which was singled out for scrutiny in articles by Jacqueline Rabe Thomas, a reporter for CT Mirror, over the town’s repeated push back against affordable housing development.

It is unknown what “stick,” if any, could be used to curb zoning restrictions for towns that are financially powerful enough to operate with hardly any help from the state.

There already exist federal laws against exclusionary zoning practices. Connecticut has a state affordable housing law that allows developers to bypass zoning laws if at least 30 percent of the proposed units are affordable housing, but towns can obtain temporary waivers.

Critics say real estate developers use the laws to gain ample state funding through tax credits and state bonds for building projects, with millions borrowed and little progress to show for it.

This is not the first time that a rift could develop between the Democrat legislative majority and some of its newer members from traditionally wealthy districts.

Lamont, who was initially supportive of forced school consolidation, eventually backtracked, and a bill to establish a commission to study school regionalization was never brought up for a vote.