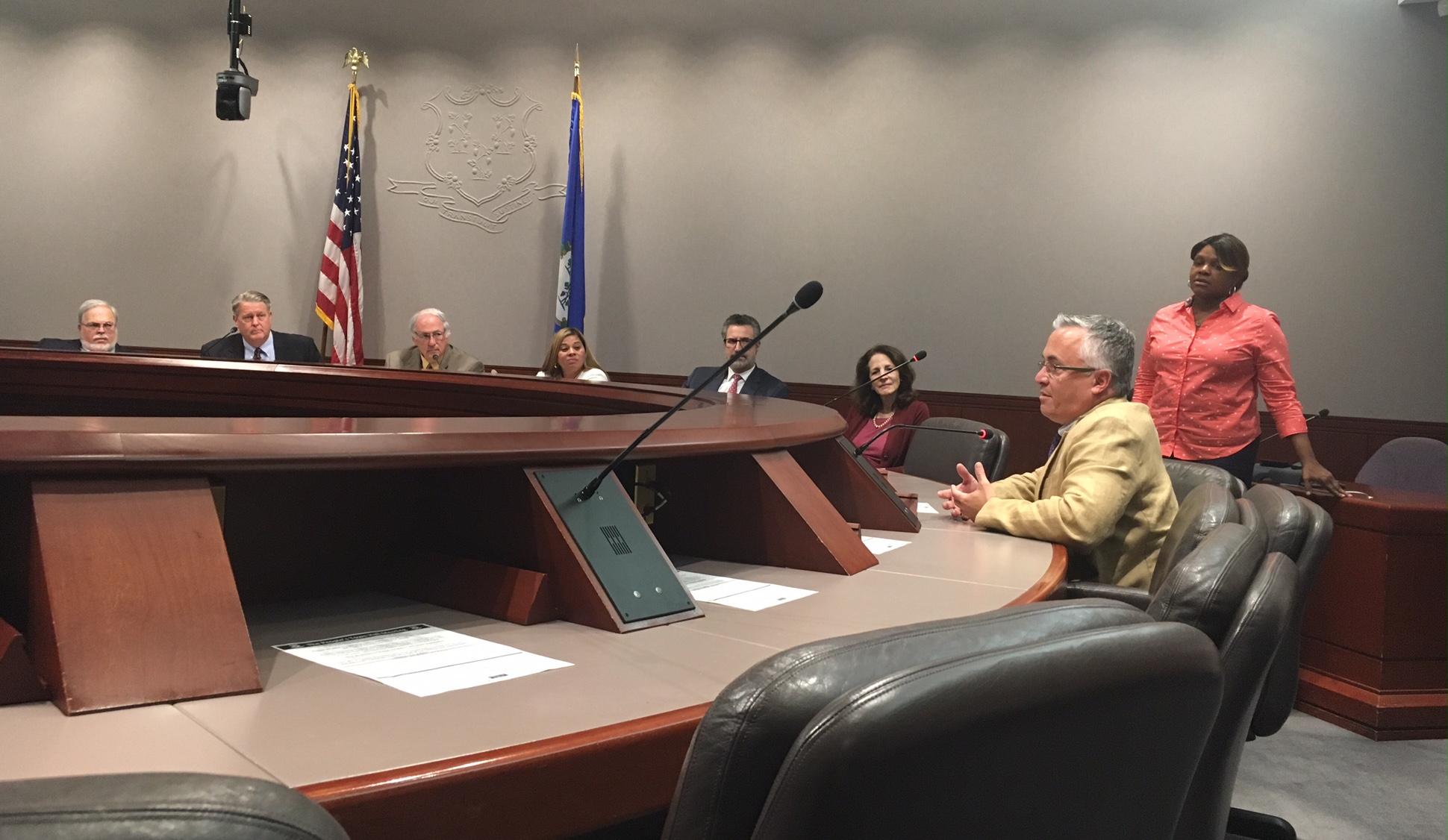 At a town hall style meeting on government transparency at the Capitol Tuesday, one subject was on everyone’s mind – the $200 million public/private partnership between the state of Connecticut and the Dalio Foundation.

The town hall meeting was organized by Gwen Samuel of the Connecticut Parents Union, an organization that focuses on education. Speakers included Representatives Gail Lavielle, R-Wilton, and Vincent Candelora, R-Branford, Thomas Hennick of the Connecticut Freedom of Information Commission and Kirk Allen and John Kraft of the Edgar County Watchdogs based in Illinois.

The partnership between the state of Connecticut and the Dalio Foundation – the philanthropic organization funded by billionaire Ray Dalio – has been the subject of much legislative in-fighting and conjecture over the past year.

Passed as part of the overall state budget, the Dalio Foundation will contribute $20 million per year over the next five years, which the state of Connecticut will match, to form a nonprofit organization called The Partnership for Connecticut.

The partnership also plans to gain an additional $100 million in support from other organizations.

The planned $300 million will be used to shape education programming, reach out to disengaged students, measure and monitor educational outcomes and “utilize practices with demonstrated positive impact in Connecticut or other states,” according to Gov. Ned Lamont’s press release.

The $300 million will be managed by a board consisting of legislative leaders and representatives from the Dalio Foundation, but the plan came under fire when it was determined the board would not be subject to the state’s Freedom of Information laws, which raised protest from Republicans and some progressive Democrats like Rep. Josh Elliott, D-Hamden.

It also drew the ire of CT Parents Union. Samuel said that, at first, she was happy private business would invest in Connecticut’s schools but became suspicious when she found out the partnership would be able to skirt transparency laws.

“I wanted to understand, how can there be anything private in public spaces with public dollars?” Samuel said. “As people are working hard every single day to put food on their table, to keep a roof over their head, to make informed decisions to give their children the best education possible.”

Connecticut Attorney General William Tong announced that lawmakers serving on the partnership board will still be subject to FOI laws, but Lavielle and Candelora pointed out that there appears to be a lot of “murky” areas regarding the partnership.

“What has happened here – unless something changes – is that suddenly this private foundation is being allowed to be in the position of taking on the role of public officials and government,” Lavielle said. “It is being allowed to by virtue of its generous donation of funds.”

Candelora notes that the majority of the corporation board will be made up of Dalio Foundation representatives who are private citizens.

One interesting thing to note is that this corporation has already filed all its corporate documents, frankly, prior to the legislation being passed. The chairwoman was selected prior to the board even meeting. As far as we know, there hasn’t even been a meeting yet, but the directors have already selected their officers.

“One interesting thing to note is that this corporation has already filed all its corporate documents, fankly, prior to the legislation being passed,” Candelora said. “The chairwoman was selected prior to the board even meeting. As far as we know, there hasn’t even been a meeting yet, but the directors have already selected their officers.”

“We, as the legislature, need to act to bring legitimacy to it by bringing transparency to it,” Candelora said.

According to Candelora, the state has only budgeted $20 million toward the Partnership in the first year but not for any of the remaining four years, meaning the legislature will have to debate on how to fund the Partnership moving forward.

Lavielle said the first $20 million came from the state’s surplus funds, which were labeled “excess funds,” in the legislation.

“One of the problems with this particular piece of legislation is that there were no public hearings,” said Thomas Hennicker, public information officer for the Freedom of Information Commission. “This is something that happens, we fight this all the time with Freedom of Information because the budget bill or implementer will pop up with things in it that are against transparency that we never knew, that they slide in at the last moment.”

Kirk Allen of the Edgar County Watchdogs – a citizens’ government watchdog group in Illinois which claims to have forced over 300 public officials out of office – said that every citizen can hold government officials accountable by asking, “Says who and with what proof?”

“When the message is on point and it’s on statute, you will always win,” Allen said. “And if you keep it on that and stay out of the politics of it you will win every single time, because it’s the truth that sets us free.”

The meeting took place at a time when, across the Legislative Office Building, the Transportation Committee was hearing testimony regarding alleged financial mismanagement and misuse of funds by the quasi-public Connecticut Port Authority.