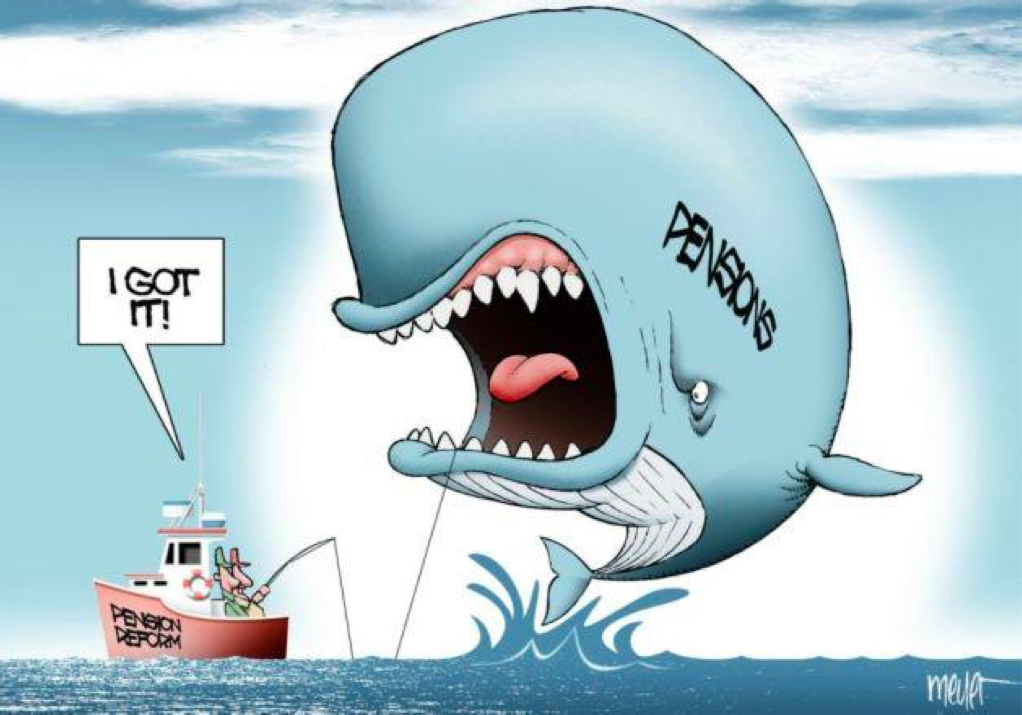 A state employee pension fact sheet released by the Office of Fiscal Analysis on Monday showed that, despite efforts to fully fund Connecticut’s state employee retirement system, the funding ratio has dropped from 48 to 38 percent since 2011.

Connecticut’s unfunded pension liabilities for state employees totaled $21.2 billion as of 2018, according to the state’s valuation.

Required payments to fully fund SERS have grown rapidly since 2009, according to the information provided by OFA.

In 2009, SERS required $753.7 million per year in order to meet its annual required contribution. The state short-changed the pension fund that year by seven percent and continued paying less than the required amount by upwards of 20 percent through 2011.

Under Gov. Dannel Malloy’s administration, Connecticut maintained 100 percent funding from 2012 through 2014. Payments through 2017 hovered around 99 percent.

Connecticut state law required the pension system to be fully funded by 1985 and to maintain that funding. Agreements between union leaders and past governor’s, however, overrode that statute and allowed Connecticut to short-change the pension system. The result was a ballooning payment system which is now crowding out other state spending.

According to the OFA fact sheet, annual payments into SERS are projected to grow to $1.7 billion by 2021, a nearly $1 billion increase since 2009.

Part of the decline in Connecticut pension funding ratio may be related to lowering the assumed rate of return for SERS — known as the “discount rate” — from 8 percent to 6.9 percent in 2017.

Pension payments are part of Connecticut’s “fixed costs” which also include Medicaid, debt services and retirement health benefits. Combined, those costs now account for over 50 percent of state government spending.

Malloy, in 2017, extended the payment period to pay off the pension debt through 2044 in an effort to prevent Connecticut’s payments from spiking too high, too quickly. Gov. Ned Lamont is extending those payments again by a few years in a similar effort to balance the state budget.

Lamont announced he reached a deal with SEBAC leaders to reamortize the pension debt, but details have not yet been released. The change is expected to save the state $271 million over the next two years but will ultimately cost an additional $1 billion in payments over the next twenty years.

Lamont is hoping to make the same arrangement with Connecticut’s teacher pension system. Payments to the Teachers Retirement System threaten to grow much larger between now and 2032, and the Lamont administration is attempting to re-finance the debt without violating a 2008 pension obligation bond.