No Deal on Tolls Between Gov. Ned Lamont and Republicans 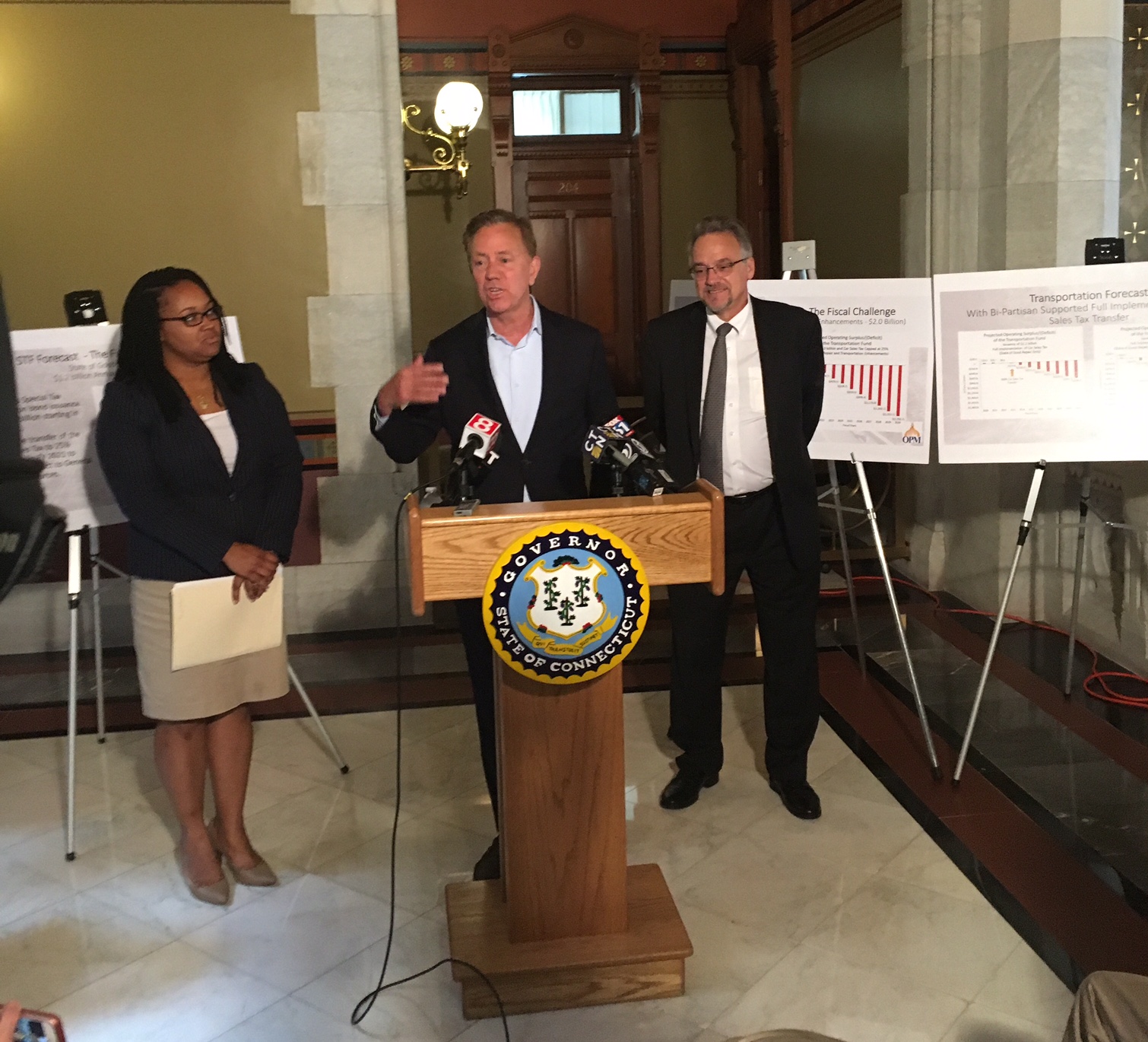 Gov. Ned Lamont spoke with reporters following a meeting with Democrat and Republican leaders on Wednesday to discuss tolls and transportation funding and it was clear that nothing had changed since the end of the legislative session on June 5.

“There is a divide between us,” Lamont said. “But I’ve been doing deals for a long time and I’m going to keep reaching out every day.”

The governor said he believes he has the support of Democrats for a special session vote on tolls but so far no vote has been scheduled. Tolls have not proven popular with the public as Connecticut faces increasing taxes and cost of living expenses, and some Democrats remain on the fence or have said they don’t support the current tolling bill.

“I understand the middle class is getting squeezed in this state and tolls are going to be costly,” Lamont said.

The governor, Office of Policy and Management Secretary Melissa McCaw and Department of Transportation Commissioner Joseph Giulietti said Connecticut could risk federal penalties in the next ten years if 40 percent of Connecticut roads fall into a state of disrepair.

Currently, only 15 percent of roads are rated in a state of disrepair, according to Giulietti.

The governor is calling for 50 tolling gantries to be installed on Connecticut’s interstate highways in order to raise $800 million per year.

The governor floated the idea of an income tax credit for toll costs, one of many attempts he has made to win over support from both Republicans and the public.

Republican Senate Leader Len Fasano, R-North Haven, and House Republican Leader Themis Klarides, R-Derby, both said that tolls are a non-starter and that they never saw any hard numbers regarding a tax credit and were merely given a slide show and then a brief talk.

They also questioned whether the governor has the support necessary to pass tolling legislation without support from Republicans.

“We were in that room because he doesn’t have the votes,” Klarides said, noting the governor did not hold meetings with Republicans concerning many big ticket items during the legislative session.

“I don’t think he wants a partisan vote,” Fasano said. Fasano also questioned what the proposed $1.2 billion of transportation spending would be for. “It’s like a wish list for DOT,” he said.

Although tolling bills were passed by the state Transportation Committee and the Finance, Revenue and Bonding Committee during the 2019 legislative session, none of those bills were brought up for a vote despite Lamont pressuring Democratic leaders.

The 2019 budget, which the governor has not yet signed, diverts $172 million in vehicle sales tax revenue away from the STF by 2021 in order to balance the General Fund budget. McCaw said that even if the the legislature didn’t divert the funds it would only buy the STF two additional years before it fell into deficit.

Lamont’s original budget called for freezing the vehicle sales tax revenue transfer at 8 percent. The 2019 budget freezes it at 25 percent.

Lamont says he will continue working toward a deal and throughout the session offered a number of deals in exchange for toll votes, including a potential new train station in Bridgeport, lowering the gasoline tax and lowering bus fares.

Although the governor said he would meet with legislative leaders again next week, Fasano and Klarides said no plans were actually made to hold that meeting.

“I don’t think this issue has to be resolved tomorrow,” Fasano said. “This is a long term issue.”