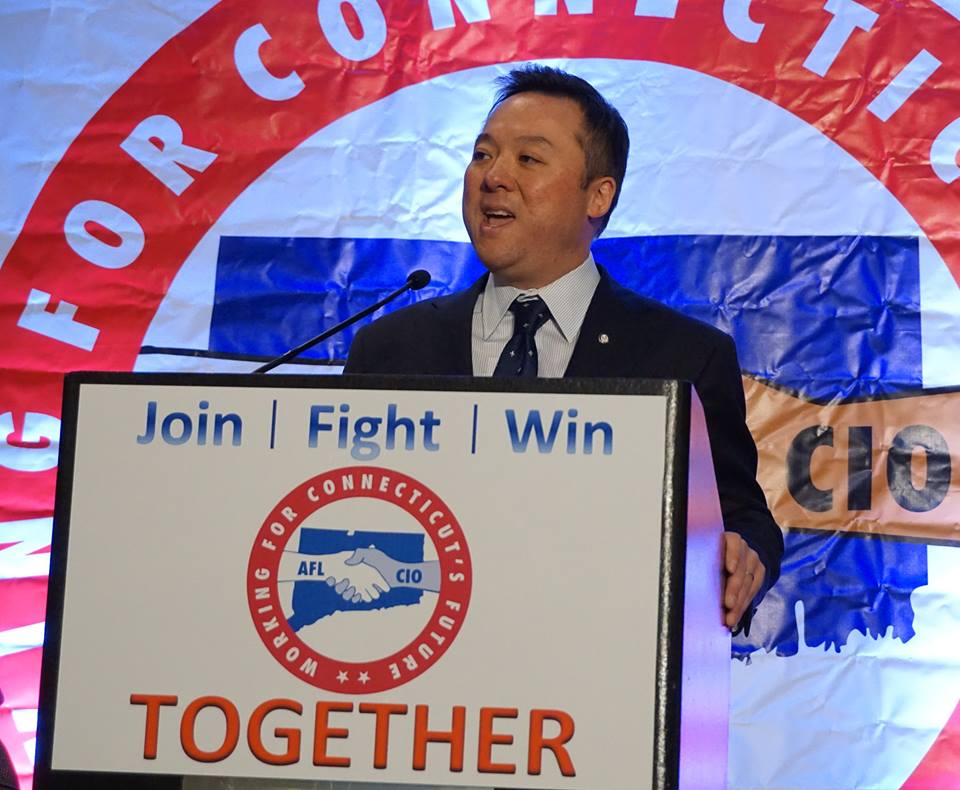 Former Attorney General Jepsen issued a formal opinion in 2018 that Democrats’ captive audience legislation would be preempted by the National Labor Relations Act, effectively killing the bill that year.

Tong concurred with Jepsen on one of the bills, saying Senate Bill 64 — An Act Concerning Captive Audience Meetings — would be preempted by the NLRA but said a second bill from the Senate – Senate Bill 440 – is “materially different from the proposed legislation that was the subject of the 2018 Opinion.”

“As a generally applicable state law aimed at protecting the constitutional rights of all Connecticut employees, the law, if enacted, can be fairly defended as outside the scope of NLRA preemptions as articulated by the courts,” Tong wrote

The opinion was issued to Senate Republican Leader Len Fasano, R-North Haven, who had requested Jepsen’s opinion in 2018.

If passed, an employee could file suit against an employer if they refuse to attend a mandatory meeting regarding politics or religion, including unionization efforts.

Tong, who rode to campaign victory on a wave of union support and advocated for captive audience legislation in the past, wrote that because the legislation amends and clarifies existing state statute regarding freedom of speech for employees, it will fall outside the framework of the NLRA.

Similar proposed bills in the past – and the bills this year – have been opposed strongly by the Connecticut Hospital Association and the Connecticut Business and Industry Association, who say it limits employers’ free speech and would be preempted by federal labor law.

According to a former chairman of the National Labor Relations Board, the SB 440 would be “invalid and unenforceable” because it would still be preempted by the federal government and possibly violate the free speech rights of employers.

In a letter issued to CBIA President Joseph Brennan, Philip Miscimarra, who served as chairman of the NLRB for four years, wrote “Based on my evaluation of Senate Bill 440, I believe the legislation directly conflicts with the NLRA, and – if Senate Bill 440 were enacted – I believe the legislation would likely be declared invalid and unenforceable because it is preempted by the NLRA, and the legislation may also be deemed an unconstitutional restriction on free speech and the free exercise of religion under the First Amendment.”

Law professor and Yankee Institute Director of Public Policy and Research Scott Shepard agrees: “The courts have given every indication – and clear and recent indications – that they will find this law pre-empted by the NLRA, and we expect that litigation will follow soon on any possible passage of S.B. 440 to establish that point.”

Tong allowed that the state will likely face a lawsuit if the legislation is passed, but that “enacted legislation carries with it a strong presumption of constitutionality.”

“This is not to say that the question is free from doubt. We acknowledge that SB 440 could face a preemption challenge in the courts,” Tong wrote. “We conclude that it is defensible, and if enacted, this Office stands ready to defend it.”