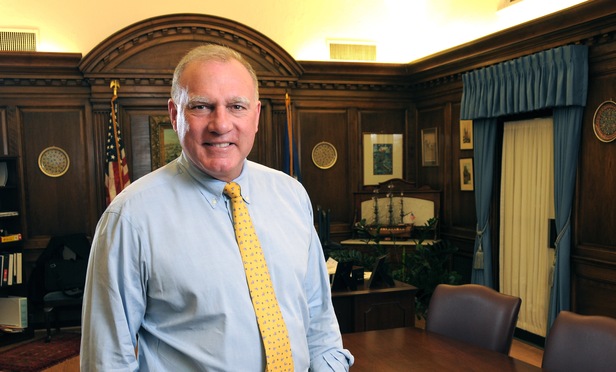 Jepsen gave the same opinion in 2011, effectively killing a similar bill which had culminated in a lengthy debate on the House floor.

“We conclude that a court, if faced with the issue, would likely hold that such a provision is preempted,” Jepsen wrote to Senate Co-President Len Fasano, R-North Haven.

The proposed legislation — House Bill 5473 — passed out of the Judicial Committee earlier this year. The bill would limit employers’ ability to hold mandatory meetings with their employees regarding unionization efforts, political or religious matters.

Unions claimed employers used these mandatory meetings to intimidate employees and prevent them from unionizing — something already illegal under the National Labor Relations Act, which governs the relationship between employers and employees.

Businesses, including hospitals, argued the legislation was effectively violated their right to free speech, and the proposed law would violate the protections offered employers under the NLRA.

Public testimony submitted to the Judicial Committee also included an analysis of HB 5473 by Charles I. Cohen, a former member of the National Labor Relations Council. In it, Cohen wrote the proposed legislation “runs afoul” of national labor law.

If passed, Connecticut could potentially be sued by both employers and the NLRB. According to Jepsen’s formal opinion, Connecticut would most likely lose that court case.

Fasano said Jepsen’s formal opinion should make the legislation a “non-starter” for Connecticut. “Our nation should value the rights of employers and workers both and free speech and communication between these groups should not be hindered,” Fasano said in a press release. “Trying to muzzle one side violates the core values on which our nation was built.”

Union membership in the private sector has declined significantly over the past three decades, but the causes of the decline are debatable. But union leaders see the legislation as a way to more easily unionize private sector employees.

Jepsen cited similar legislation passed in other states like Wisconsin and California, which resulted in federal court cases overturning those laws.

The Supreme Court has repeatedly affirmed an employer’s right to meet with their employees and express their views on unionization efforts. Jepsen concludes by saying the captive audience bill would traverse “into those areas Congress has determined states should not be permitted to regulate.”

This article was updated to include statements by Sen. Len Fasano