Connecticut Has 3rd Highest Electricity Costs in the Nation 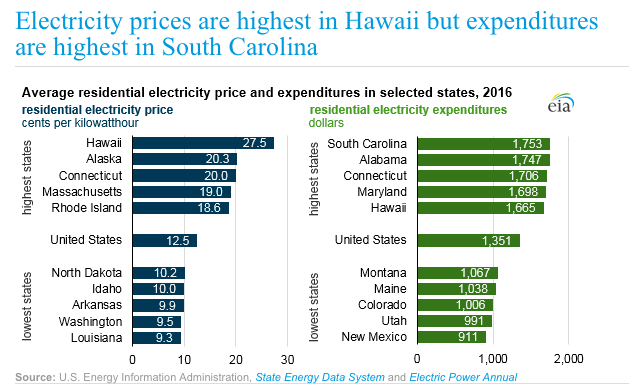 Connecticut has the third highest electricity costs in the nation and the highest costs in the Northeast, according to the U.S. Energy Information Administration, but that isn’t stopping the state of Connecticut from approving a 19 percent increase in electricity generation rates this year.

That will not only cost customers, but it will cost businesses big dollars, too.

But the increase in service generation costs is only one facet of Connecticut’s high electricity costs. According to a 2014 report by the Office of Legislative Research, Connecticut imposes a number of fees and taxes on electricity.

Connecticut residents also pay a fee to support renewable energy, a federal charge for congestion on the transmission system, and a fee for electric company costs incurred through added competition in the electric market.

If it all sounds confusing, it is. But all combined, Connecticut residents end up paying the third highest electricity costs in the country.

Residents who use natural gas don’t get off the hook either. Gas companies pay a 5 percent gross earnings tax on sales.