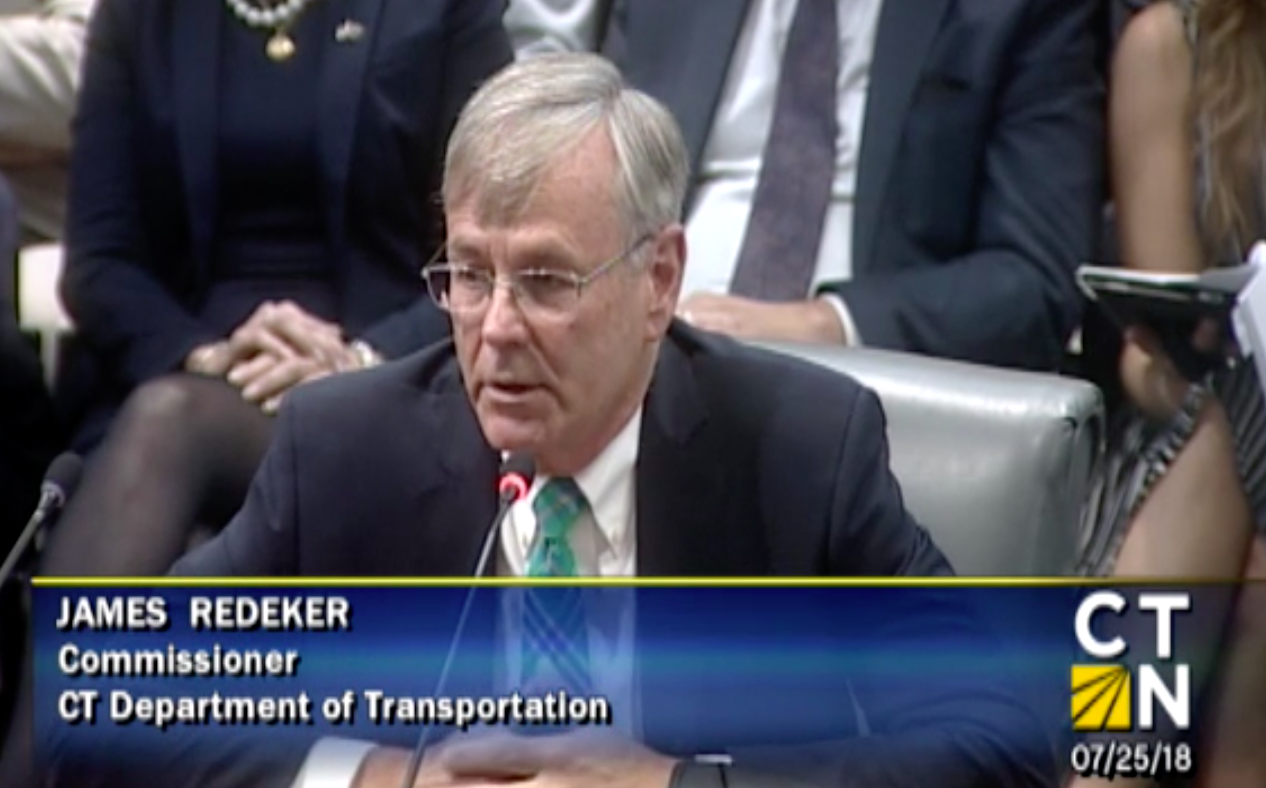 In an email to the commissioner dated July 26 — one day after the Bond Commission meeting — Suzio wrote “I’ve reviewed the toll studies prepared by CDM Smith and could not find anything to support that claim. In fact, the rates assumed in those studies vary from $.09/mile to $.20/mile. Is there another report that I am not aware of that contains the information you cited yesterday?”

Despite several follow up emails, Suzio has yet to receive a reply from the commissioner, and the DOT did not respond to Yankee Institute’s requests for comment.

During the Bond Commission meeting Redeker said, “using one of the lowest rates in the country for a Connecticut E-Z pass tag, which is discounted heavily — with a frequent user discount as well for in-state residents and frequent users, as well — we think that a toll at about three and a half cents a mile… could generate about a billion dollars net revenue.”

“The numbers were shocking and not consistent with any of the studies,” Suzio said in an interview. “I think it’s very far-fetched to think Connecticut can raise $1 billion per year at 3.5 cents per mile.”

The most recent tolling study by CDM Smith estimated tolls between 10 and 20 cents per mile. At the low end, toll revenue would be $1.2 billion with 78 gantries on Connecticut’s interstates.

That figure increases to $1.6 billion if Connecticut installs 121 tolls all its highways, including Route 8 and Route 2.

The commissioner’s figure of 3.5 cents per mile appears related to a one-page DOT worksheet leaked to Hearst Media during the final weeks of the 2018 legislative session.

The worksheet posited toll rates ranging from 6.3 cents per mile to 7.9 cents, with discounts for drivers using a Connecticut E-Z Pass, which could potentially lower the rate to 4.4 cents per mile.

“He might very well be talking about effective rates which offer discounts,” Suzio said. “But it’s inconsistent with the 1,500 pages of consultant reports we’ve had so far.”

Malloy issued an executive order for DOT to conduct the studies after the legislature failed to vote on any tolling bills.

Sen. Joe Markley, R-Southington, filed an injunction to block the study, arguing it violates the Connecticut Constitution because the General Assembly did not agree to fund the study.

Depending on the November election, the tolling studies may be put to use or be much ado about nothing.

Although the Bond Commission approved the $10 million, the DOT will likely not find a company to conduct the studies before the election, which will usher in a new governor and legislature.