By Marc E. Fitch May 23, 2018
Good Government, Healthcare One Comment

UConn Health Center Chief Executive Officer Andrew Agwunobi approved salary increases for UConn employees who signed off on a $563,000 contract with a consulting company Agwunobi worked for, according to state auditors.

Prior to being hired by UConn Health, Agwunobi was a director with Berkeley Research Group, a consulting firm 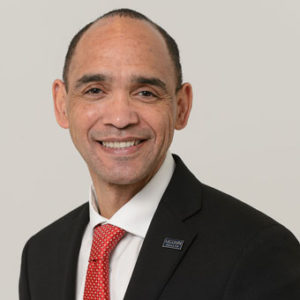 which was hired by UConn. Following the resignation of Frank Torti in 2014, Agwunobi took over as Interim Executive Vice President for Health Affairs.

While Agwunobi served as interim vice president he approved raises for two employees who approved the contract between UConn Health and Berkeley.

The auditors said this amounted to a “potential conflict of interest.”

Agwunobi went on to become CEO and Executive Vice President of Health Affairs for UConn Health Center in 2015.

The agency responded that while it agreed with the auditors’ findings, there were several mitigating factors, saying the amount of the contract was agreed to in advance of Agwunobi’s interim position at the Health Center, and “raises approved by the consultant were within the range of raises for all eligible managerial employees at that time.”

Agwunobi is one of Connecticut’s highest paid employees, earning $696,252 in salary in 2017, according to the state’s transparency website.

UConn Health Center is the source of most of the highest state employee salaries because it employs doctors and specialists.

However, the Health Center is facing difficult financial challenges. Increased expenses are largely related to the increased cost of retirement benefits for hospital employees due to Connecticut’s unfunded pension liabilities.

The audit showed state appropriations to the hospital, which include fringe benefits, have increased from $266 million in 2013 to $289 million in 2016.

Total operating expenses for the hospital was $1.05 billion in 2016, according to the audit.