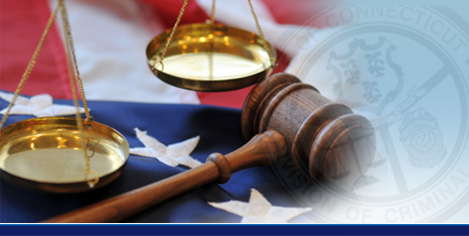 Governor Dannel Malloy has announced 30 nominations for Superior Court judges to fill a purported 42 vacancies, but the state of Connecticut’s ability to pay for those judges — and even provide them offices — remains in doubt.

According to a letter from Chief Court Administrator Patrick Carroll III to House Minority Leader Themis Klarides, R-Derby, a Superior Court Judge receives a salary of $167,634 per year, with a total staffing cost of $291,410, for a court monitor, temporary assistant clerk, and judicial marshal trainee.

Fringe benefit costs for judges are the highest of all state employees — 86.58 percent of payroll, according the State Comptroller’s Office — even higher that hazardous duty employees such as the Connecticut State Police.

Carroll writes that 11 Superior Court Judges are retiring this year and the Judicial branch has enough funding to cover 17 nominees. The remaining 13 nominees will require an additional $3.73 million in funding for salaries and staff.

“Clearly we do not have enough available funds, staff or even caseloads to justify putting 30 more people on the bench,” Klarides said in a press release issued Monday. “This is about getting our state’s budget straight and not committing to massive new funding levels that are unsustainable and don’t make sense for the Judicial Department.”

Carroll indicated that caseloads for each division have declined over the past 5 years. Nevertheless, the Judicial Department indicates that it is short-staffed due to budgetary restraints. “Very often courts cannot go into session or are delayed because of staff shortages,” Carroll wrote.

Carroll also writes the 2017 SEBAC concessions agreement leaves the Judicial Branch in even worse budgetary condition this upcoming year. Under the terms of the SEBAC deal, unionized employees will receive a $2,000 lump sum payment in July, which will cost the Judicial Branch $7.9 million.

Connecticut would also have to shoulder the long-term retirement costs of judges who receive six figure pensions once they become fully vested in the state’s retirement system.

Judges, family support magistrates and compensation commissioners have a separate retirement system from other state employees. Judges pay 5 percent of their salary toward their pension and can receive as much as 66.66 percent of their final salary, or approximately $115,000 per year, provided they work for the required 10 year vesting period.

If a judge retires before his or her ten years is completed they receive a reduced pension. Judges are mandated to retire at the age of 70.

Of the 30 trial judges nominated by Malloy, seven are aged 60 or older, the remaining judges would be able to serve the 10 years to receive their full pension.

Connecticut’s pension system remain woefully underfunded and is one of the fast-growing fixed costs of state government, threatening to crowd out other state spending. The number of retirees receiving six figure pensions has grown more than 1,000 percent since 2010.

The cost judicial appointees has been in dispute for several years. In 2014 the budget implementer included a requirement that a judge work for 10 years following outcry that appointees were serving only a few years but retiring with full pension benefits.

As of June 2016 there were 250 retirees in that system. The new Tier IV benefits established by the 2017 SEBAC agreement does not affect judges, family magistrates and compensation commissioners.

During the 2017 session, Connecticut labor unions pushed back against judicial nominees, saying the state was laying off their members due to budget constraints, but still appointing highly paid judges.

Klarides called for “a halt to any new judicial appointments because the state cannot afford to fund the positions.”