Sarah Jorgensen: winner of The Unsung Hero Award who fought back against eminent domain

Sarah Jorgensen, who fought against Gov. Dannel Malloy’s attempt to create a new state agency with the ability to seize land and homes near bus stops and train stations in Connecticut through eminent domain, was awarded this year’s Unsung Hero Award from the Yankee Institute for Public Policy.

The proposed Transit Corridor Development Authority (TCDA) would have been a new quasi-public state agency with the power to borrow money and seize private property near bus and train stations through eminent domain. The bill would have expanded eminent domain powers so much that it was described as “eminent domain on steroids.”

The new, unelected – and unaccountable – agency it created would have the power to take any land near an existing or proposed transit stop. That would have included some of the most valuable land in the state near Metro North stations. The overreach was so obvious that Yankee Institute called the bill “Malloy’s Gold Coast land grab.”

Governor Malloy pushed hard for this bill – but Sarah Jorgensen pushed back. 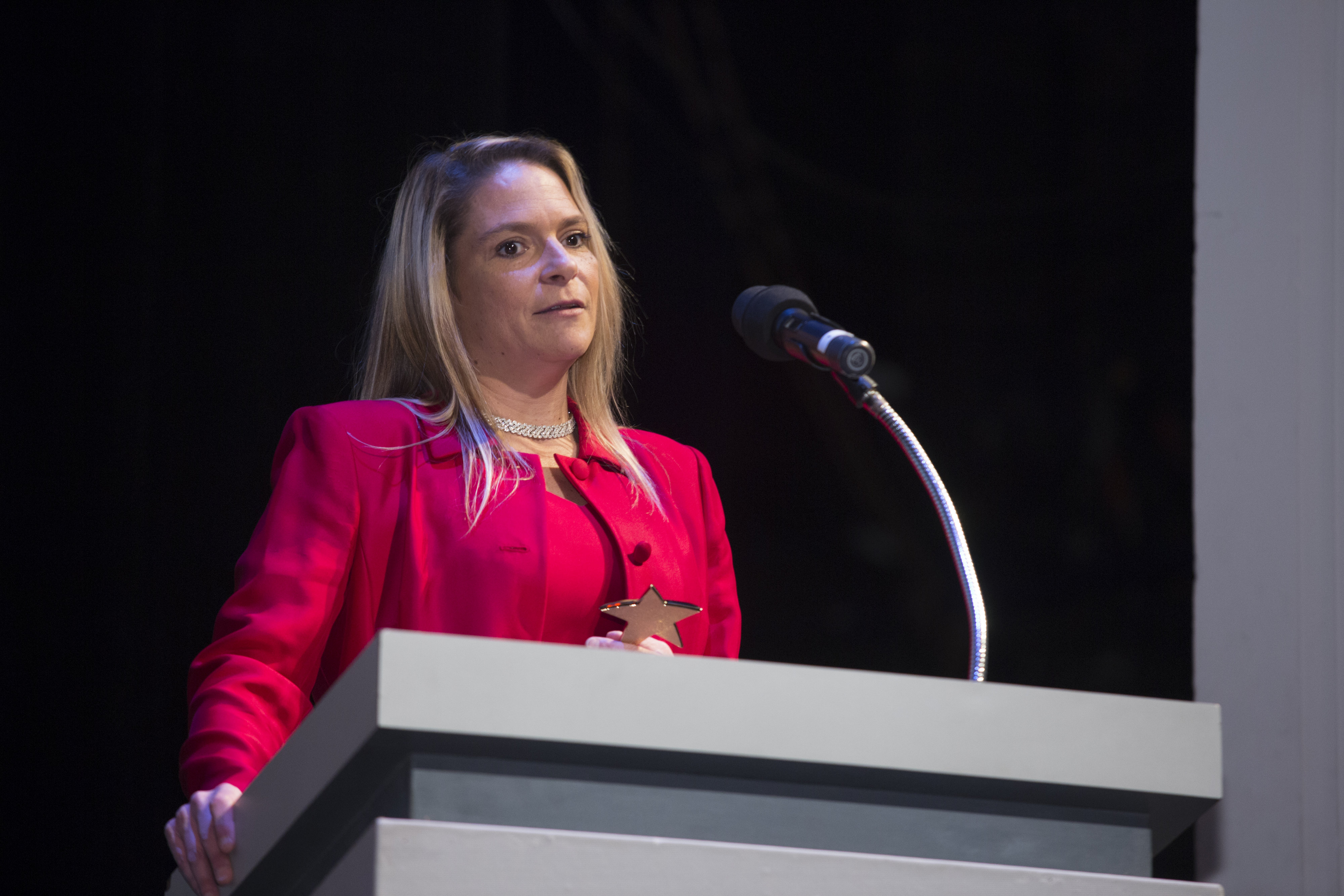 An Act Establishing The Connecticut Transit Corridor Authority did not pass in 2015, thanks to Sarah’s hard work.

When Malloy and other legislators tried to revive the bill in 2016 but it never came to a vote.

Out of dozens of Connecticut residents who were nominated by their friends, family members, neighbors and employers for Yankee’s 2016 Unsung Hero Award, Ms. Jorgensen received the top honor.

“The courage and persistence of citizens like Sarah inspire us,” said Carol Platt Liebau, president of the Yankee Institute. “Without seeking recognition, she stepped up to defend people across Connecticut from an over-the-top government power grab.”

Sarah’s nominator, Theresa Tillett of Windsor, described Sarah as a “powerhouse.” Only a true hero could defeat “eminent domain on steroids”!

Ms. Jorgensen thanked the approximately 200 guests in attendance for their help and dedication in thwarting the eminent domain bill. She shared the accolades, noting that she could not have achieved such success by herself.

As she exited the stage, Ms. Jorgensen vowed to continue her advocacy work. “Whatever they throw at us, we’ll be there fighting,” she said.

The Department of Developmental Services paid over $1.5 million over the course of two years for a child who had moved to Massachusetts, according to a new audit of the department. “The department paid approximately $1,569,480 for services from January 2017 through June 2019 for an individual who was not ...

Rep. Craig Fishbein, R-Wallingford, held onto his seat in the 90th district by a very tight margin after Wallingford learned of a mistake in Tuesday’s vote counting in which one district did not count any votes.  Wallingford officials realized the mistake after the Office of the Secretary of State requested ...