When we imagine a “state employee” we tend to think of state troopers patrolling I-95 or DOT crews plowing and maintaining I-84. These are demanding and risky jobs.

However, is this an accurate picture of what most state employees do each day?

It’s not. More than a third of state employees are professors and administrators in state colleges and universities. This includes UConn, the four state universities and all of our community colleges.

If you add in other government bureaucrats, easily half of state employees can be described as white collar.

In general, state employees are paid 25 to 46 percent more than private-sector workers with the same skills and experience. It seems that at least some of the state budget’s problems are driven by the failure of policymakers to sufficiently distinguish between a small group of state troopers and a growing number of university bureaucrats.

Projected budget gaps could be greatly reduced by realigning public-sector compensation to match the private sector. Recognizing this distinction is a good first step. 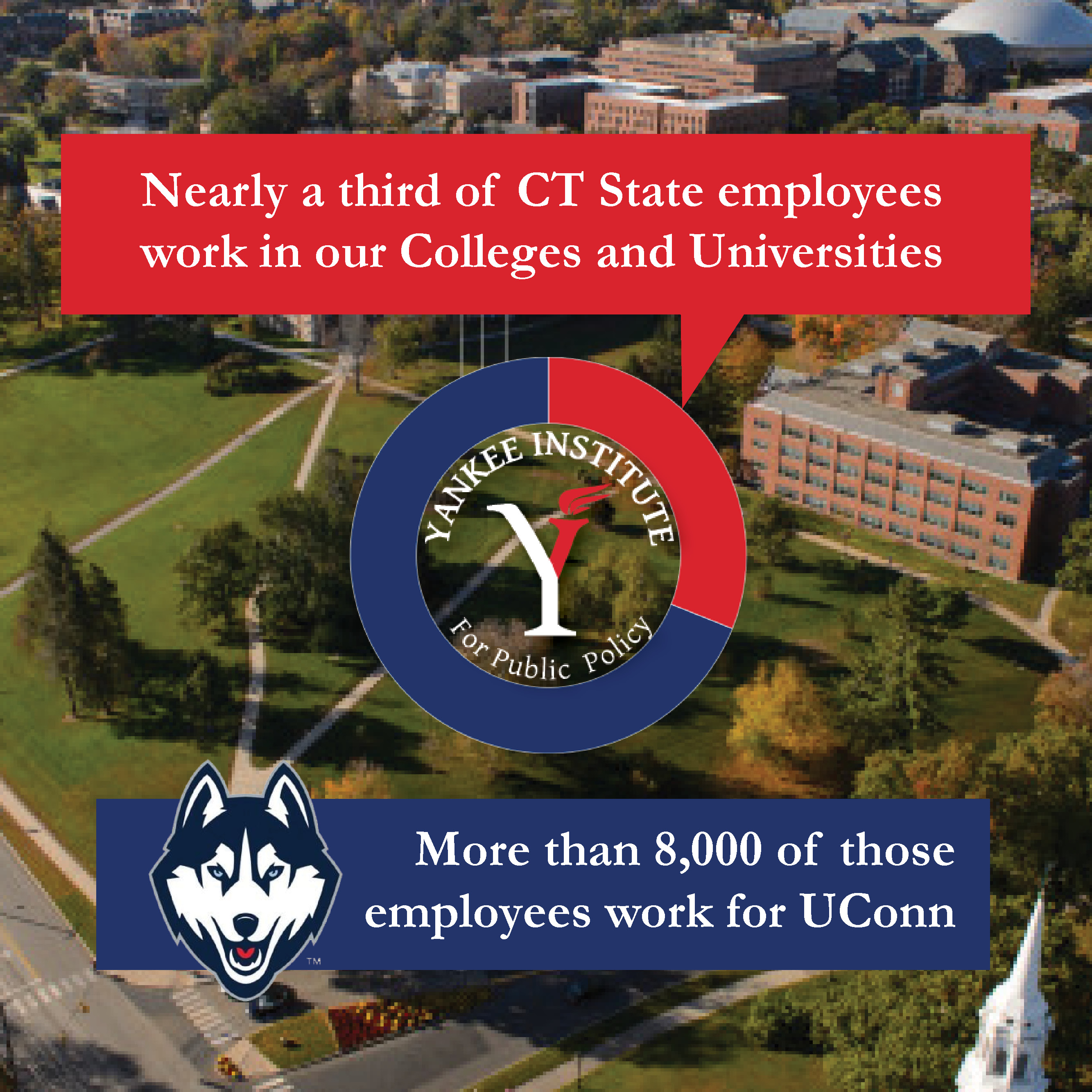 By Marc E. Fitch June 17 , 2020 Civil Service Reform, Good Government 7 Comments
“What’s going on right now is a tragedy and is hurting everybody,” says Elliot Spector regarding the protests against police…
Read More

Amid nationwide protests over death of George Floyd, calls for an end to police union protection for fired cops

By Marc E. Fitch June 9 , 2020 Civil Service Reform, Good Government
As protests across the nation flared into widespread civil unrest over the weekend, publications from both the left and right…
Read More