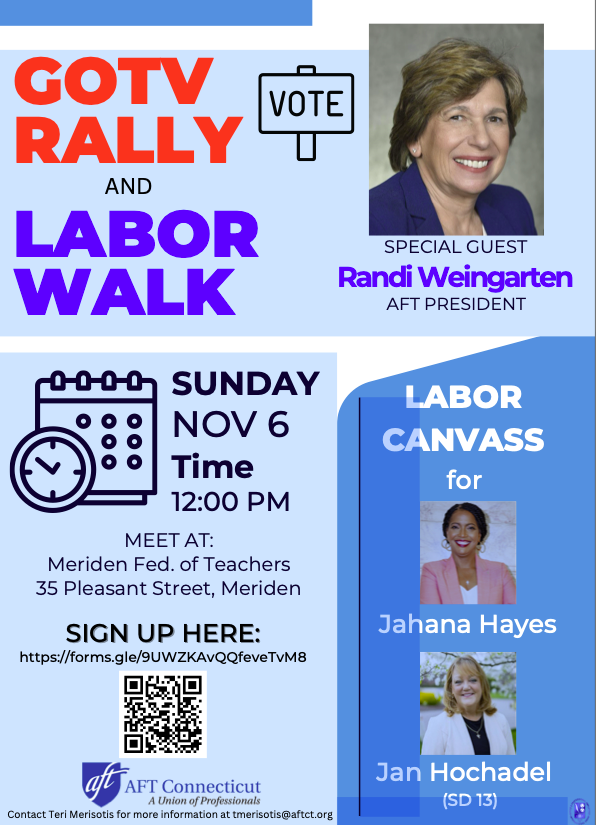 With midterm elections less than a week away, one of the state’s largest teacher’s unions — American Federation of Teachers Connecticut (AFT CT) — is calling in reinforcements to join a “Get Out To Vote” (GOTV) rally in support of labor-endorsed candidates. 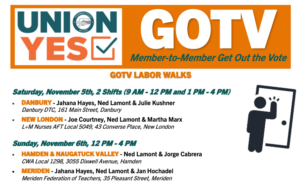 Weingarten has recently received criticism for her role in closing schools during the pandemic, which resulted in a severe nationwide decline of reading and math scores, especially for disadvantaged students, as reported by the National Assessment of Educational Progress (NAEP). The NAEP study showed Connecticut students fared worse than the national averages — falling by 5 points (fourth-grade reading); 6 points (eighth-grade reading); 7 points (fourth-grade mathematics); and 10 points (eighth-grade mathematics).

The AFT had a direct impact on the continued school closures, as recently revealed in Freedom of Information Act requests made by Americans for Public Trust. In the released emails, the union not only coordinated with the Centers for Disease Control and Prevention (CDC) on delaying the reopening of schools, but also demanded concessions for teachers to work remotely.

Like Lady Macbeth trying to remove blood stains, Weingarten has recognized the misguided logic of school closures — or the Nov. 8 election tea leaves — and has begun laying the groundwork of skirting responsibilities by advocating for pandemic amnesty. The idea, floated in The Atlantic by Brown University economist Emily Oster, calls for forgiving “one another for what we did and said when we were in the dark about COVID,” especially regarding school closures. Oster writes, “Schools in the U.S. were closed for too long: the health risks of in-school spread were relatively low, whereas the costs to students’ well-being and educational progress were high.”

Will the AFT avoid the consequences of the detrimental policies they endorsed? Time will tell.