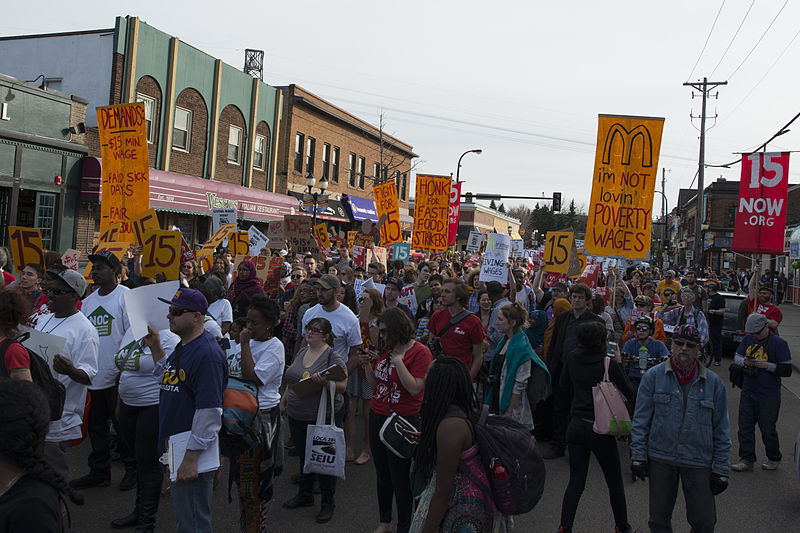 A proposal in the Connecticut General Assembly’s Labor and Public Employee Committee would allow workers who choose to go on strike to collect unemployment benefits—and, as at least one supporter put it, stay on strike longer.

The bill (SB 317), which would go into effect October 1, and would let strikers receive unemployment insurance benefits two weeks after walking off the job. State law currently bars strikers from collecting because it requires “unemployment through no fault of your own.”

Unemployment benefits are funded from taxes paid by employers—meaning businesses would be subsidizing strikes at their own workplaces.

Paying out unemployment benefits during strikes would likely cause them to happen more frequently and to last longer. Many states bar strikers from collecting unemployment, and only two—New York and New Jersey—explicitly allow it.

Mary Jane Massimino, a United Commercial Food Workers (UCFW) shop steward who participated in the 11-day Stop & Shop strike in 2019, told committee members she believes “had we had unemployment benefits to rely on during the 2019 strike we might have been able to stay out longer.”

Labor unions often have “strike funds” to help make up for lost wages during work stoppages. Making strikers eligible for unemployment would allow some unions to repurpose these funds for other priorities—such as lobbying and political campaigns.

The change would further stress the state’s unemployment insurance trust fund, which ran out of money in 2020 amid the COVID-19 lockdowns. State employers are on the hook for over $800 million borrowed from the federal government to make up the gap, and are likely to receive a state “assessment” later this year to cover that debt.

Labor Commissioner Danté Bartolomeo raised concerns about this bill during Tuesday’s public hearing, saying the Labor Department wouldn’t be able to immediately implement the changes. Given that DOL is upgrading and testing its new unemployment systems, Bartolomeo said, changes to unemployment policies like SB 317 “should not be effective until at least 2025.” She also warned the bill “may affect the solvency of the UI Trust Fund.”

State government is supposed to remain neutral in disputes between private-sector management and labor. But SB 317 would weaponize the unemployment insurance system, and put the thumb on the scale for one of Connecticut’s most influential special interests.

By Marc E. Fitch April 8, 2021 Economy,Local/Municipal,Public Policy4 Comments
The City of Hartford’s Court of Common Council voted in March to create a task force to assess the possibility […]
Read More