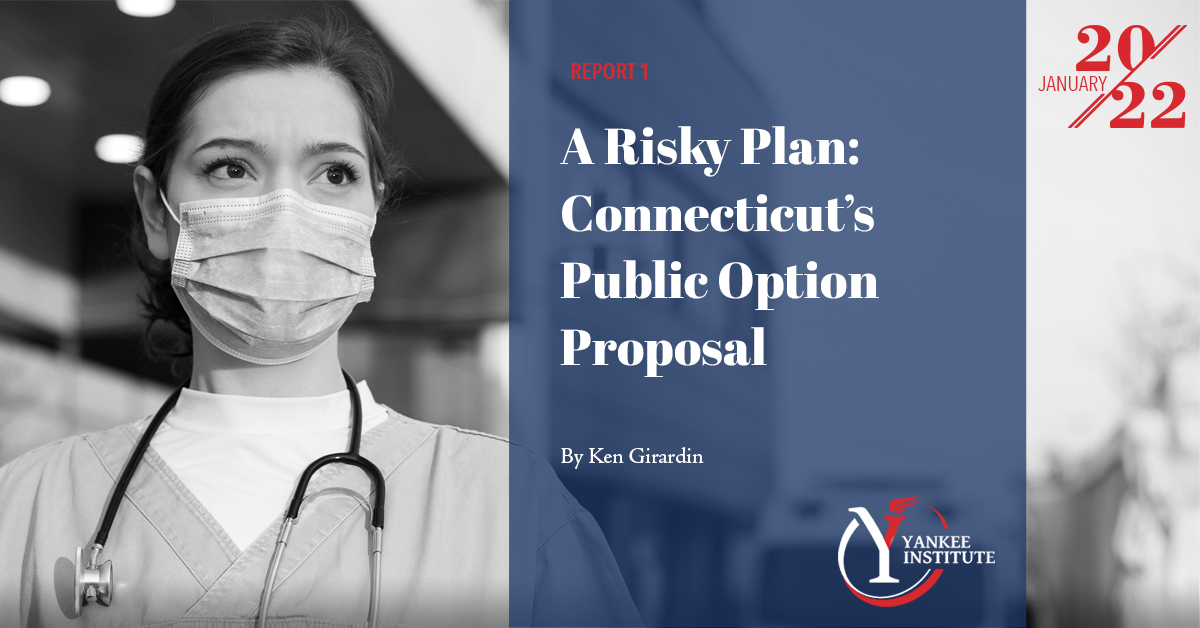 Unlike other states that have experimented with public options, the Connecticut proposal would place risk on taxpayers instead of private insurers.

What’s more, the state’s track record in selling insurance, or otherwise managing insurance plans, raises serious questions about how a public option would be run.

Connecticut’s Partnership Plan 2.0, the basis for the public option, is a health plan run by the state comptroller that piggybacks on the state employee health plan network to provide comparable benefits to local government employees. But premium and claims data show it has operated at a significant loss, engaged in predatory pricing to capture market share, and used premiums from new enrollees to conceal red ink. Had such unsavory tactics been attempted by a private insurer, the state Insurance Department likely would have shut down the plan years ago.

The state has a mixed record in other plan-management efforts. In running its own employee health plan, the

state’s attempts to save money from policy tweaks have overall fallen about 40 percent short of its goals—and the state comptroller is over a year late in producing the latest assessment. HUSKY, the state’s Medicaid program, has previously come under fire from federal auditors for ignoring problems and failing to police fraud aggressively.

Rather than entering the insurance business, state officials should instead examine how existing state programs could be improved to cover more people—and how state policies should be changed to make coverage more affordable for others.

This undertaking should begin with scrutiny of the state’s two primary efforts: HUSKY and Access Health CT, the health insurance exchange. More than a quarter of the state’s uninsured population appears already to qualify for HUSKY but has not enrolled. Meanwhile, the number of people buying coverage on the exchange has decreased for the past three years.

Instead of getting into the health insurance business, state officials should work to reduce the extent to which state policies have increased healthcare costs through taxes and regulations on providers. They should draw lessons from the early days of the novel coronavirus pandemic, when Governor Lamont suspended various rules to stream- line healthcare services that allowed residents to use telemedicine and authorized out-of-state doctors to treat Connecticut patients under their home-state licenses. And they should foster, not impede, innovation and competition among healthcare providers by reforming Connecticut’s Certificate of Need rules.