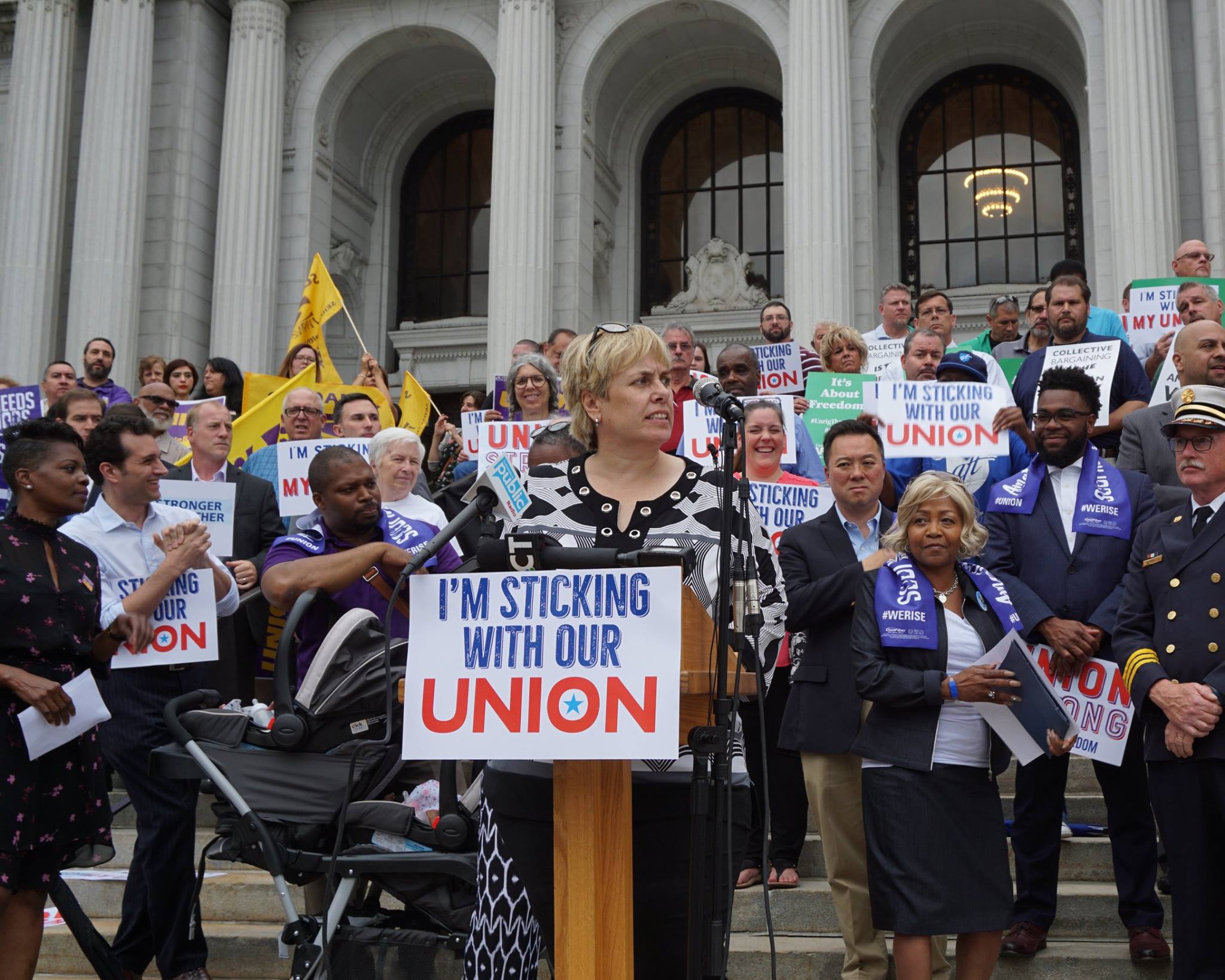 Over the weekend, Gov. Ned Lamont signed a bill into law that will allow government unions to have more access to new and current employees and enshrine union dues authorizations into state law.

Senate Bill 908 was fashioned as a response to the United States Supreme Court’s 2018 ruling in Janus v. AFSCME that said government unions could no longer require public employees to pay a fee to a union as a condition of employment under their Freedom of Speech rights.

The Janus decision had an immediate effect, essentially stripping public-sector unions of millions in what were known as “agency fees” – a fee paid by an employee who did not want to join the union and pay full union dues.

The effect of the Janus decision on union membership, however, has been difficult to gauge. Agency fee payers were not considered members and while union officials condemned the decision, some said it turned out to be a “blessing in disguise,” as public-sector unions attempted more outreach campaigns for new members.

According to data received under a Freedom of Information request, Connecticut’s state employee unions have seen a decline in membership over the past year even as they take in more money.

Even prior to the Janus decision, unions began an effort to curtail potential losses by engaging in employee outreach and adjusting the language on their union membership cards to only allow a set window of time during which a member can cease paying dues.

Those “escape periods” are currently being litigated in several states and there have been several such cases in Connecticut. Senate Bill 908, which was just signed by Lamont, makes the escape periods of matter of state law.

The bill was nearly identical to bills passed in several other states that give union representatives more access to public employees, particularly new employees, in an effort to bolster their ranks.

Labor leaders in Connecticut did not hide the fact that Senate Bill 908 was a response to the Janus decision and the bill specifically prevents public employers from telling new employees about their Janus rights.

“That’s because they understand their voices and are stronger when they stick together,” Luciano testified. “No court decision can ever take that away from them.” He was joined by numerous other Connecticut labor leaders echoing his statement.

**Ken Girardin contributed to this article**