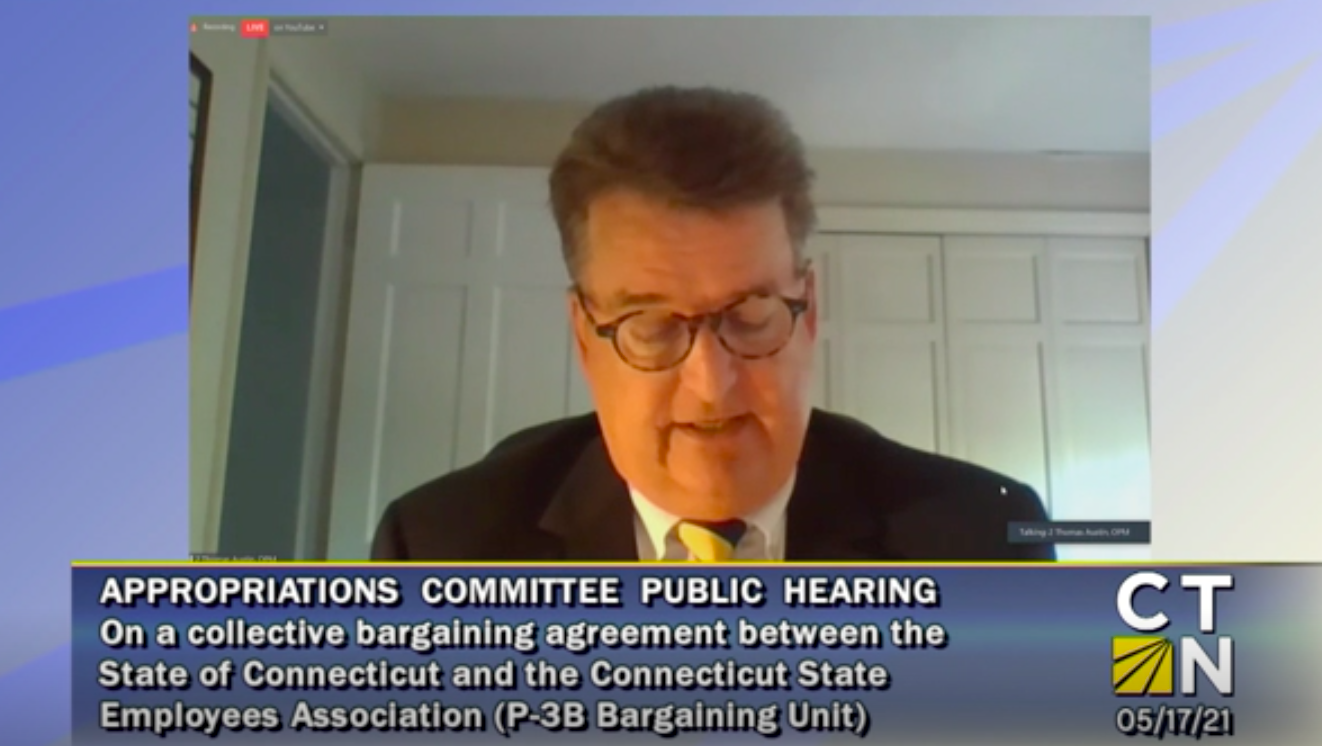 State school principals who work for three state agencies have become rank and file union members under a new agreement between the state of Connecticut and the Connecticut State Employees Association SEIU.

“The overall compensation paid to these employees reflects multiple years of no pay increases at all,” said Thomas Austin of the Office of Policy and Management in testimony before the Appropriations Committee on May 17. “When we consider the changes in the cost of living with the rest of the bargaining unit, it is clear they have fallen behind.”

The cost of the agreement is small — $58,602 including benefits on an annualized basis, according to the Office of Fiscal Analysis — but the incorporation of employees normally considered management into unions has been an ongoing issue in Connecticut as unionized state employees have seen pay raises, while management has been passed over for pay increases as a means to reduce budget gaps.

“We’re seeing more and more management come into unions,” said Rep. Mike France, R-Ledyard, during the public hearing. “I think it’s indicative of the fact that the state has not done a good job of compensating them over time.”

“Management personnel have seen no remedy other than to organize,” France said. “It’s unfortunate they’re being put in that position.”

Sen. Craig Miner, R-Litchfield, said that while he concedes the number of employees and the overall cost of the agreement is small, he believes it “establishes a bad policy or continues a bad policy of grouping management personnel with those working under them.”

The CREATES report compiled by the Boston Consulting Group, which sought to find state efficiencies in light of a projected surge in state employee retirements, found that salaries for state managers had fallen behind the employees they oversee.

According to the report, “salary compression has resulted in some managers making less than their employees, who are also asked to pay less for healthcare benefits than managers.”

This has resulted in 60 management positions being being accreted into bargaining units, according to the report, with more expected to follow. Furthermore, a significant number of managers indicated they planned to retire within the next year generating concern about a “brain drain” for Connecticut’s state government.

“There is little incentive for anyone to become a manager in a state agency, as they lose the benefits of being part of a bargaining unit without significant gain in return,” the CREATES report said. “In fact, the value proposition has become so unbalanced that dozens of managers continue to transition out of manager roles and into bargaining unit positions, a phenomenon rarely seen elsewhere in the public or private sectors.”

Connecticut has the most unionized public sector workforce in the country, according to the U.S. Census Bureau, with 74.1 percent of the state and municipal workforce belonging to a union.

The Senate on May 13 also passed legislation that would give union representatives greater access to new state and municipal employees by providing unions with personal contact information and require new employees to sit through a union pitch session as part of their employee orientation.

The agreement was passed by the Appropriations Committee and will go before the Senate and the House of Representatives for approval.