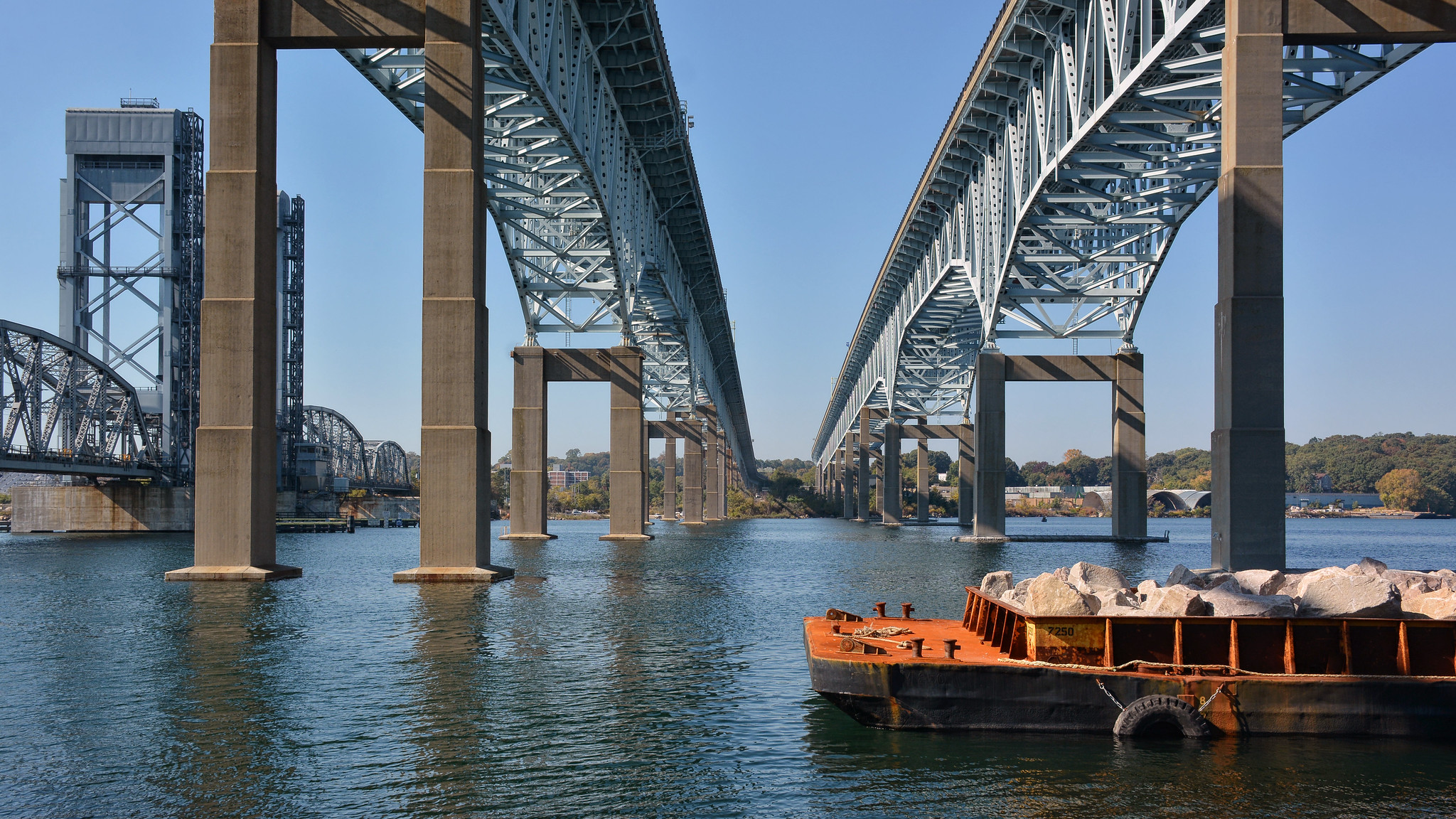 The Connecticut Department of Transportation released contract provisions for rehabilitation of the north-bound side of the Gold Star Memorial Bridge in New London which includes a project labor agreement guaranteeing union labor will be used for the project.

The Connecticut Chapter of the Associated Builders and Contractors says the project labor agreement will increase the cost of the project and “discriminate against local CT businesses and their employees while providing no actual value.”

“Taxpayers have been told for years that there isn’t enough money for infrastructure- the state needs more revenue. Then in the next breath they are directing these no-bid, high-value contracts to special interest that will unnecessarily drive up costs with no added value,” said Christopher Fryxell, President of CT ABC, in a press release. “We are calling on Governor Lamont to immediately remove the PLA and have this project bid openly and fairly in order to get the best value for taxpayers and vastly increase the chances the project will be awarded to a Connecticut firm.”

The northbound side of the Gold Star bridge rehabilitation project will be much larger in size and cost than the recently completed work on the southbound side, which was completed without a project labor agreement by Connecticut-based Mohawk Northeast, Inc, an open-shop contractor with facilities on both sides of the bridge.

“Here we have a local contractor who employs local residents, excels at this type of work and has recent experience on the Gold Star Bridge- and the governor doesn’t want them to have a fair opportunity to bid on this important infrastructure project. That shows remarkable disdain for local business,” Fryxell said.

The project labor agreement for the Gold Star Bridge was assigned by Gov. Dannel Malloy, but the CT ABC has been calling on Gov. Lamont to rescind the PLA, including a letter sent to the governor in June of 2020.

The Connecticut DOT said in a previous statement that the PLA was assigned to the northbound bridge due to the extensive iron and steel work required on the bridge.

“For projects involving infrastructure work on a roadway or bridge that is critical in terms of conveying public travel, PLAs become an insurance policy that the work will not stop and that workers will not strike if a dispute arises,” said Kevin Nursick, director of communications for CT DOT.

Project labor agreements mandate that a contractor use union labor on a job, abide by union work rules and pay union benefits, fees or dues. This often pushes non-union contractors, who make up roughly 85 percent of construction businesses in Connecticut, out of the bidding process because of the extra costs they would be forced to pay.

For instance, the PLA for the Gold Star Bridge mandates that any non-union employees of the contractor will have to pay union fees; that the contractor can only use between 30 and 50 percent of its own employees depending on whether or not the business is certified as a Disadvantaged Business Enterprise, and the contractor must pay into the union benefit fund.

According to state statute, a PLA can only be included on a public project when it is determined to be in the public’s best interest.

Critics argue that limiting the number of bidders and assigning a PLA to a project drives up the cost, while unions reject those arguments and say the measure ensures that local labor will be used, and the job will be completed without work stoppages.

According to an op-ed by Alan Calandro, former director of Connecticut’s non-partisan Office of Fiscal Analysis and former Chief of Staff for administration and finance at UConn, “It is widely known in state government and much discussed at UConn among all management that had anything to do with construction projects that PLAs raised the cost of a project by somewhere around 10 percent or more.”

Despite the potential for increased costs and fewer bidders from Connecticut’s construction industry, PLAs have been included on major upcoming projects, including the State Pier project in New London.

The State Pier project was awarded to an out of state contractor and the price has grown from an estimated $93 million to $235 million. The Connecticut Port Authority says the increased costs are because initial estimates were incomplete, according to CT Examiner.

Fryxell says the PLA for the Gold Star Bridge “proves that PLAs aren’t now and never were about supporting local businesses and workers.”