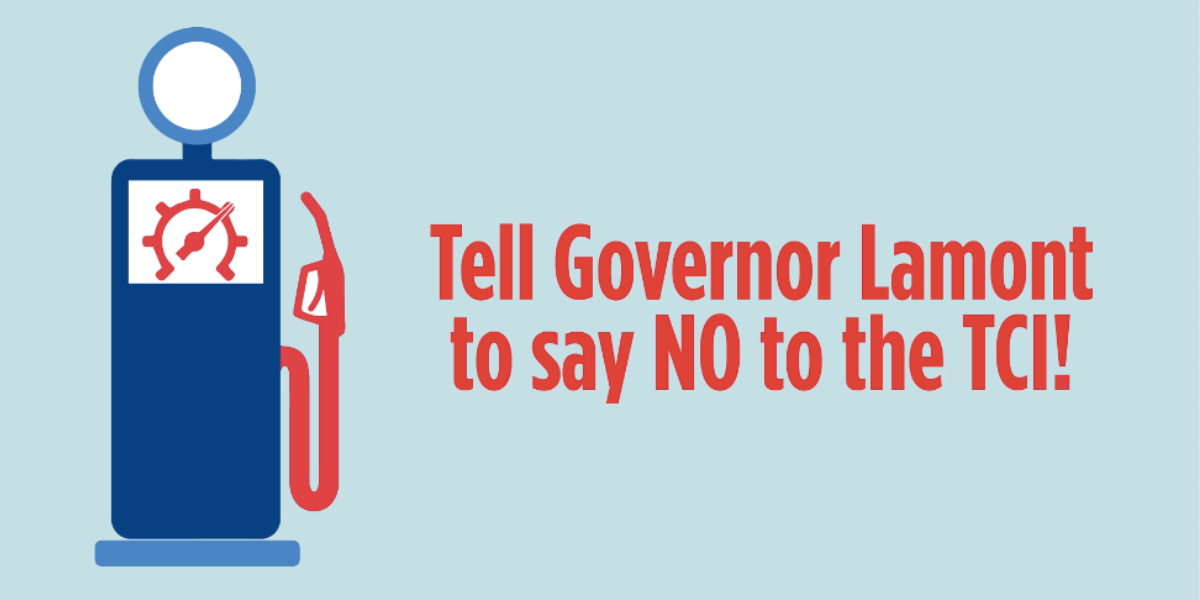 On December 21, 2020 Gov. Ned Lamont signed onto a regional cap and invest program called the Transportation and Climate Initiative (TCI) that will raise the price of gasoline by upwards of 17 cents per gallon and cost Connecticut drivers an extra billion dollars over 10 years.

The agreement, intended for 12 Northeast states, plus the District of Columbia, would place a cap on emissions for gasoline producers and distributors, requiring them to purchase carbon allowances.

To learn more about how the TCI will impact Connecticut drivers, watch here.

It only takes a minute to let Governor Lamont and lawmakers know that you cannot afford another gas tax. Please click here to send an email using our one-click portal.

The funds generated – estimated by TCI to be upwards of $7 billion per year – would then be distributed to participating states to invest in electric cars, buses, bike paths and “climate justice” initiatives.

“TCI is just another gas tax that will disproportionately hurt low and middle-income families who cannot afford an electric vehicle,” said Chris Herb, president of the Connecticut Energy Marketers Association.

States like New York, New Jersey, Vermont, Maine, and New Hampshire are among the 12 states required for the TCI to go into full effect. Despite all five states outright rejecting the proposal, Gov. Lamont and Connecticut lawmakers seemingly plan to move forward.

We need you, now more than ever, to send an email to Governor Lamont and lawmakers. Click here for our one-click portal to tell your legislators to say NO to the TCI!