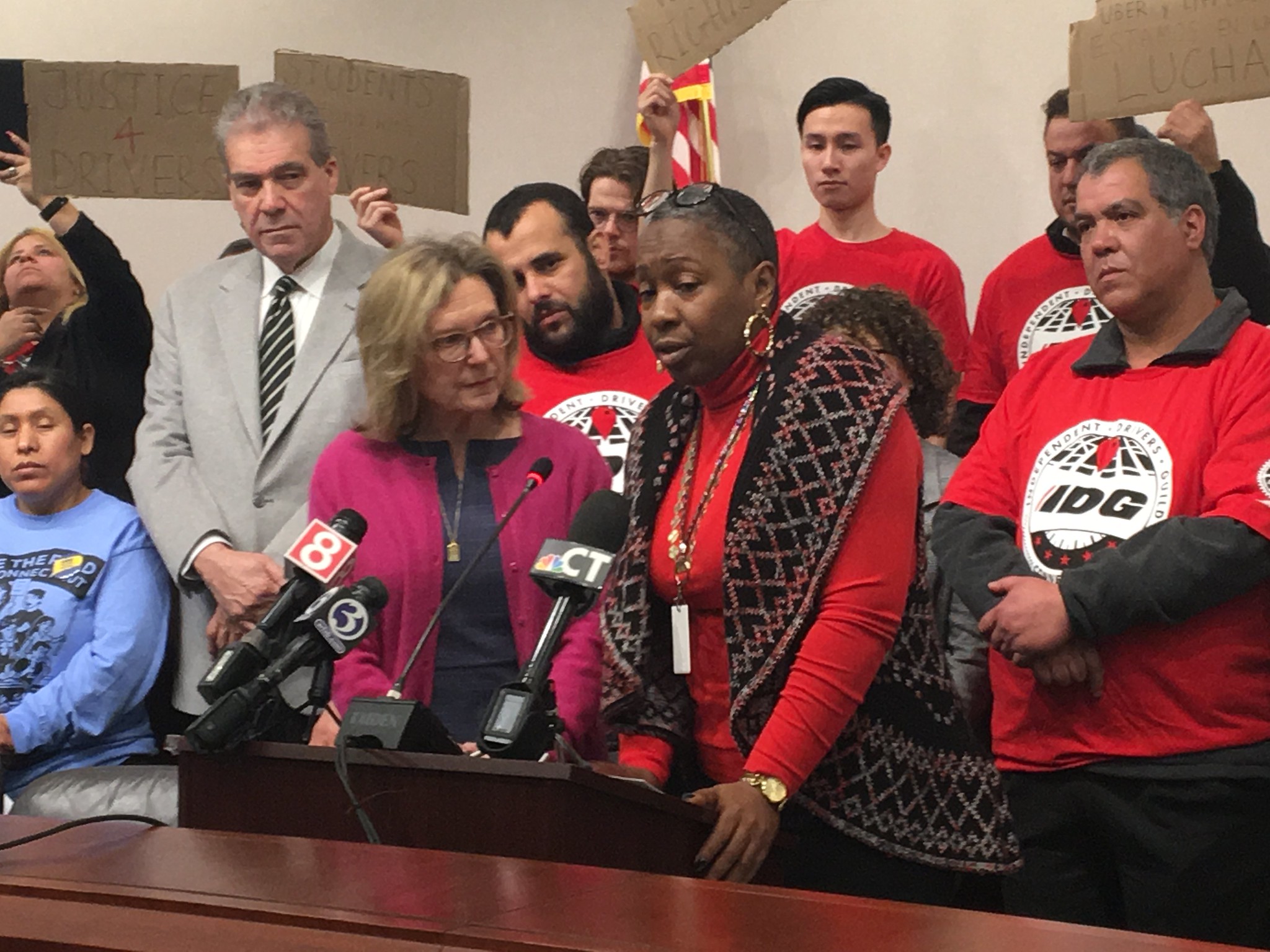 The Labor and Public Employees Committee will once again consider legislation to increase unions’ access to public employees and block others from informing those employees about their rights under the Janus v. AFSCME Supreme Court decision.

An Act Concerning the Right of a Public Employee to Join or Support a Union would require state agencies to continually provide unions with public employees’ personal contact information, allow union representatives access to employee information, have access to public buildings and email systems and enforce union dues authorizations as a matter of state law.

This is the third time the same bill has been filed since the 2018 Supreme Court decision in Janus v. AFSCME, which ruled public workers no longer had to pay union dues or fees as a condition of employment.

The change meant unions could no longer collect “agency fees” from workers who didn’t want to be part of the union, costing public sector unions millions.

Union leaders decried the decision, saying it allows workers to benefit from collective bargaining without paying for it, but the Supreme Court ruled that agency fees violated workers’ rights under the First Amendment.

In response, union leaders have pushed for legislation in states across the country that would give them greater access to public employees and block organizations from informing workers of their Janus rights.

Public-sector unions have been slow to conform with the Janus ruling, often delaying or pushing back against workers who resign union membership, at times resulting in legal action.

Although a public employee can resign union membership at any time, union dues authorization cards establish a specific window of time during which employees can cease paying dues, a legally suspect practice in light of the Janus decision that has yet to be resolved by the courts.

Connecticut union leaders have attempted to enforce their dues deduction windows, leading to lawsuits and settlements.

In 2019, Phuong Ngyugen successfully sued the Administrative and Residual Employees Union Local 4200 in federal court after she resigned membership but was forced to continue paying dues, arguing the union had essentially forced her to pay agency fees. The A&R union eventually settled the case.

But the bill before the Labor Committee would make union dues authorizations – and the language of those authorizations — a matter of state law, allowing unions to continue deducting union dues from employees to resign membership until the time frame outlined on their union card.

If a challenge arises again to those dues authorization windows, it could land the state or municipality in federal court.

The bill would also prevent any state agency from knowingly sharing employee contact information with any organization that may inform workers of their Janus rights or use employees’ work emails for a similar purpose.

Testifying in support of the bill in 2020, Senate President Pro-Tem Martin Looney, D-New Haven, said he believed the bill would “ameliorate some of the damage done by the Janus decision.”

The Connecticut Conference of Municipalities opposed the bill in 2020, noting it would “give union representatives virtually unrestricted access to municipal buildings and electronic communication systems.”

“Municipalities are neutral when it comes to an employee’s choice to join a union,” CCM wrote. “These requirements harm the relationship between management and labor.”

The Labor Committee, dominated by Democrats with close personal ties to unions, has been more active in pursuing legislation to expand the reach of labor in both the state and municipalities, and in the private sector.

But with Connecticut maintaining a highly unionized state and municipal workforce, it is questionable what extra help or protection unions may need.

As of 2018, roughly 94 percent of Connecticut’s state workforce was part of a union and 2019 saw more than 600 state workers added on to union rolls.

But with an expected surge of retirements expected before July of 2021, unions may be hoping to mitigate the loss of active members by ensuring they have unmitigated access to new hires and getting them to sign union cards.

Most of Connecticut’s state employee union contracts were signed in 2017 before the Janus decision and contain agency fee language. The contracts are currently being renegotiated by the Governor’s Office.

The State Police contract, signed in 2019, maintains agency fee language with only an appendix note at the end of the contract referencing a Connecticut general statute requiring union dues deductions to be ended thirty days after a written request by the employee.

Interestingly, under the Savings Clause of the Engineering, Scientific and Technical CSEA, SEIU union contract signed in 2017, contract language must be renegotiated within 15 days if any provision of the contract becomes unlawful. There’s no indication this renegotiation was ever completed following the Janus decision in 2018.