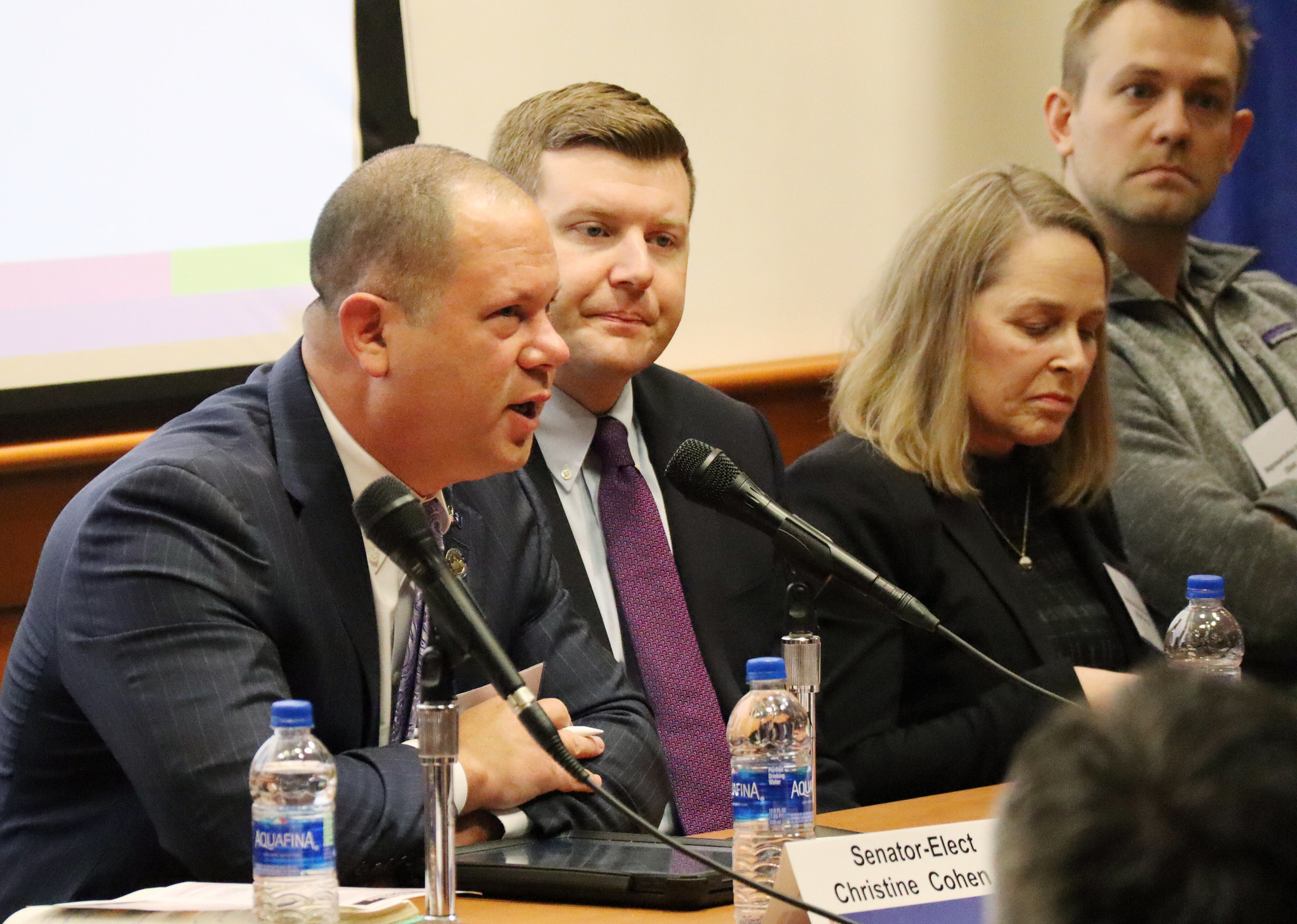 Rep. Craig Fishbein, R-Wallingford, held onto his seat in the 90th district by a very tight margin after Wallingford learned of a mistake in Tuesday’s vote counting in which one district did not count any votes.

Wallingford officials realized the mistake after the Office of the Secretary of State requested final numbers from all precincts and one of the them registered zero votes.

Secretary of State Spokesman Gabe Rosenberg said, “When my office sent out an email yesterday reminding towns that yesterday was the deadline to get their results in and make sure there were no mistakes that Wallingford checked their results and found a mistake. When they corrected the error, it changed the overall total in such a way that a different person was leading after that.”

“We put our numbers in on election night under the impression that they were all there and then ran a report a day or two later by district and saw in district seven that it was showing no numbers in that district,” Thompson said in an interview.

“We don’t know if it was a clerical error or a computer error with the election management system. I really don’t know, I can’t tell you that,” Thompson said. “But it put Fishbein ahead.”

The SOS’s office reported the results on their website but note that the results remain unofficial.

Reached for comment, Fishbein said it has been “an emotional rollercoaster.”

“I thank the voters of the 90th district, my family and friends for their overwhelming support of my campaign for reelection,” Fishbein said.

Fishbein, an attorney, served on the Labor and Public Employees Committee, the Judiciary Committee and the Public Safety and Security Committee during the 2019 and 2020 legislative sessions.