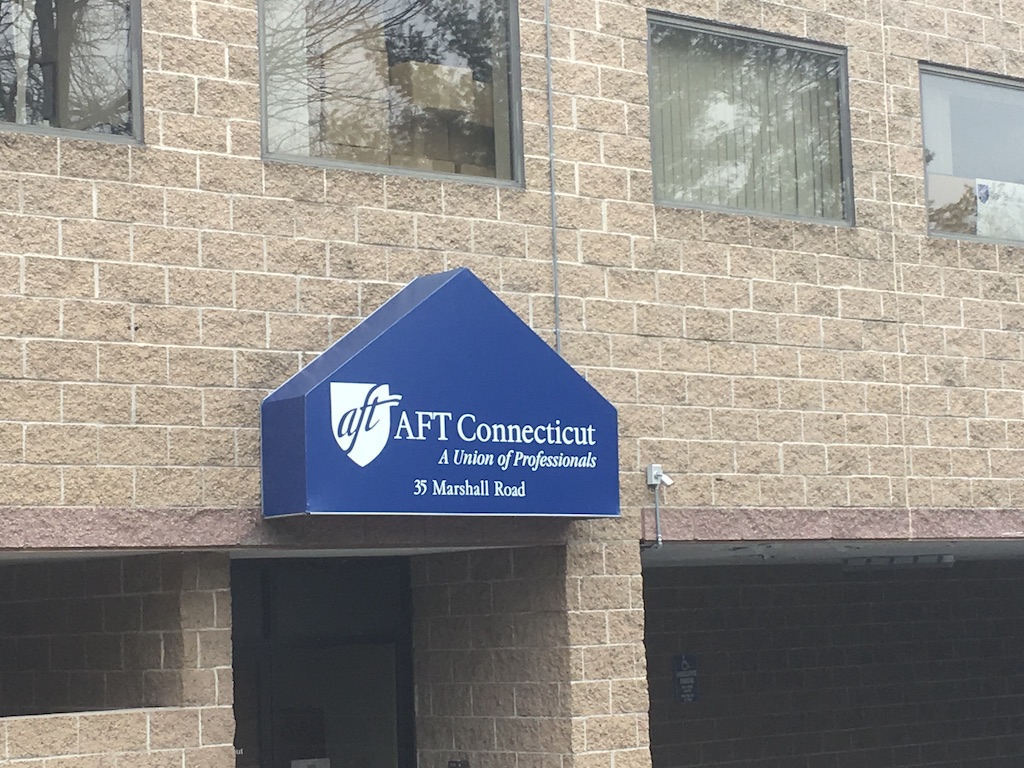 The Office of the State Treasurer says that it worked with teachers’ union officials, the Governor’s Office and the Office of Policy and Management on pension changes that union officials are now telling their members are “illegal.”

Language included in the 2019 Connecticut budget revised the death benefit pension payout for Connecticut teachers who adopt Plan N as their retirement package.

The plan allows for the largest annual pension payout but draws down on a teacher’s retirement contribution at a faster rate, leaving less money for a lump sum payout to the retiree’s spouse if the retired teacher passes away.

In email communications with numerous teachers’ union officials and local presidents, a lobbyist with the American Federation of Teachers Connecticut said they consider the changes “illegal” and are working behind the scenes to reverse the change.

But, according to Greg Gerratana, spokesman for the State Treasurer’s Office, teachers’ union officials helped in drafting the legislation changing the pension formula.

“Plan N was changed as part of the [Teachers Retirement Fund – Special Capital Reserve Fund] legislation that was included in the 2019 budget,” Gerratana wrote in an email. “The teachers’ union officials worked on these changes alongside the Treasurer, OPM and the Governor’s Office.”

Gerratana added, “We are not aware that the teachers’ union officials consider the change illegal.”

Those statements may come as a surprise to teacher union members and local presidents included on the February 21 email chain, in which one former AFT CT vice-president labeled the change “the biggest loss of all time.”

According to the emails between AFT CT legislative outreach director Teri Merisotis and other union officials, OPM is amending the law so that it only affects new teachers, but Merisotis claimed the union was pushing back against the change anyway.

“These changes we believe are in violation of existing case law and we are exploring different legal options in the event that political options fail us,” Merisotis wrote.

The change to Plan N was part of the state’s restructuring of its teacher pension debt, the payments of which threatened to grow to unsupportable levels by 2032. Gov. Ned Lamont and State Treasurer Shawn Wooden set aside $300 million to back 2008 teacher pension bonds in order to stretch out the payments until 2045.

Gerratana says the changes to Plan N do not affect the restructuring and that the change has been included in the Teachers’ Retirement Fund valuation report.

Teacher retirement benefits are managed by the Connecticut Teachers Retirement Board, which includes designees appointed by the Secretary of the Office of Policy and Management Melissa McCaw, State Treasurer Shawn Wooden and the Commissioner of Education Miguel Cardona, along with retired and active teachers.

Connecticut’s unfunded teacher pension liabilities are one of the fast-growing fixed costs in state government. Connecticut currently pays $1.2 billion per year in annual costs. Payments are projected to grow to $1.6 billion by 2024.

By Yankee Staff January 6, 2022 Uncategorized 29 Comments
“The most serious labor shortage Connecticut faces is the lack of senators and representatives willing to do their jobs in
Read More