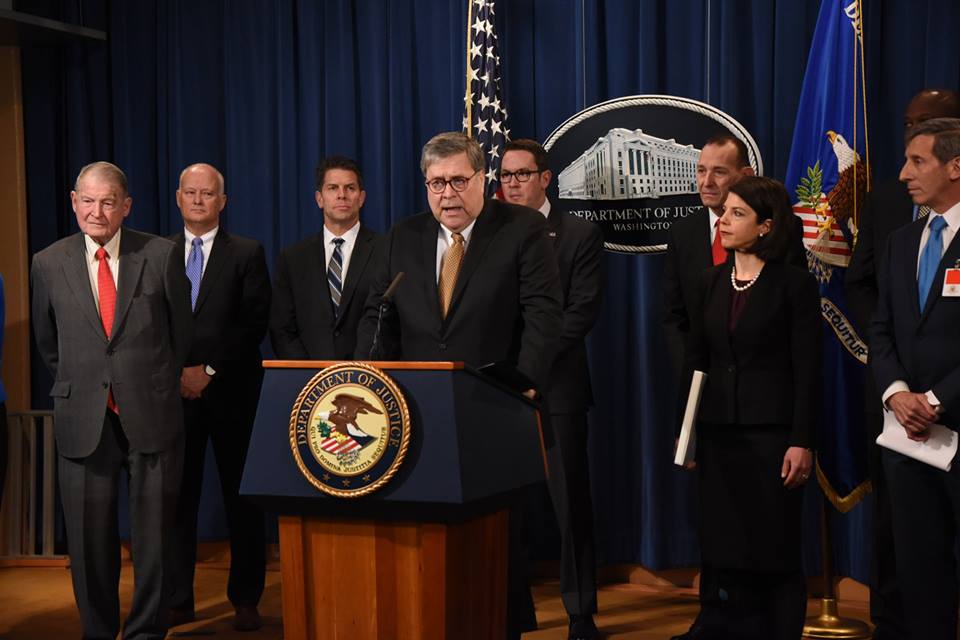 The U.S. Department of Justice has signed onto a lawsuit challenging the legality of California’s retirement savings program, which could ultimately affect Connecticut’s plan to implement 401(k) style retirement plans for private-sector workers.

The Dept. of Justice filed a brief in the Howard Jarvis Taxpayers Association v. Chiang and the California Secure Choice Retirement case backing the plaintiff’s claims that the state-run retirement savings plan for private sector workers is preempted by the federal Employee Retirement Income Security Act.

The Taxpayers Association says California’s retirement plan – known as CalSavers – “is wasting taxpayer funds implementing what is known to be an illegal and unnecessary program,” the association wrote on their website. “Put simply, CalSavers is illegal for many reasons established by federal law and policy, and taxpayer funds shouldn’t be wasted on it.”

They argue that retirement plans are already available to individuals who want them through a number of financial companies and institutions.

The DOJ apparently agrees, stating in its brief filed on September 13 that “the Secure Choice Act disregards and runs afoul of ERISA’s statutory scheme by effectively requiring employers to maintain such plans, it is preempted by ERISA’s broad, express preemption provision that disallows any state laws that ‘relate to any employee benefit plan.’”

In particular, attorneys for the DOJ point out that the program would not qualify for “safe harbor” status under federal ERISA regulations because enrollment in the state retirement program is not “completely voluntary.”

According to the U.S. Department of Labor, ERISA sets minimum federal standards for retirement plans, provides fiduciary requirements for those managing the plans and allows for participants to sue for benefits and breaches of fiduciary duty, among other requirements.

The Connecticut Retirement Security Program is similar to the CalSavers plan and would require businesses with five or more employees that do not have a retirement plan to enroll their employees in the program.

Employees will pay 3 percent of their earned income through a payroll deduction toward their state-run retirement plan, however employees can opt-out of the program thus making it voluntary.

While that may be good for Connecticut’s prospects under the safe harbor provision of ERISA, the DOJ had a list of four other objections, including that the California plan requires employers to enroll employees in the public retirement program or maintain an ERISA retirement plan and that federal regulation preempts state regulation when there is a conflict.

The Connecticut Comptroller’s Office, which backed the legislation, says the program is necessary because not enough people are saving for retirement and “the private sector has simply failed to reach nearly half our workforce,” according to the comptroller’s Retirement Security website.

Although the CRSP was signed into law by Gov. Dannel Malloy in 2016, it has yet to get off the ground as multiple delays have pushed the launch date back from 2017 to, reportedly, sometime in the near future.

But the California lawsuit and the Justice Department’s brief may throw another wrench in the works for Connecticut’s retirement for all plan.

The CRSP is run by the Connecticut Retirement Security Authority and one of their statutory requirements is “to avoid ERISA preemption,” according to Connecticut state statute and that may be proving more problematic than when the act was originally signed.

President Donald Trump and Congress in 2017 rolled back regulatory revisions made by the President Barack Obama administration that allowed state-run retirement programs to avoid ERISA regulations.

Now, with the Justice Department throwing its weight behind a challenge to a public retirement program, Connecticut’s CRSP may find itself having to navigate new waters as the court case is expected to face appeals no matter what the outcome.

The Taxpayers Association argues that because CalSavers tries to exempt itself from ERISA that enrollees will not have federal protections and that the program “subjects small businesses to administrative and legal turmoil,” according to the amended complaint.