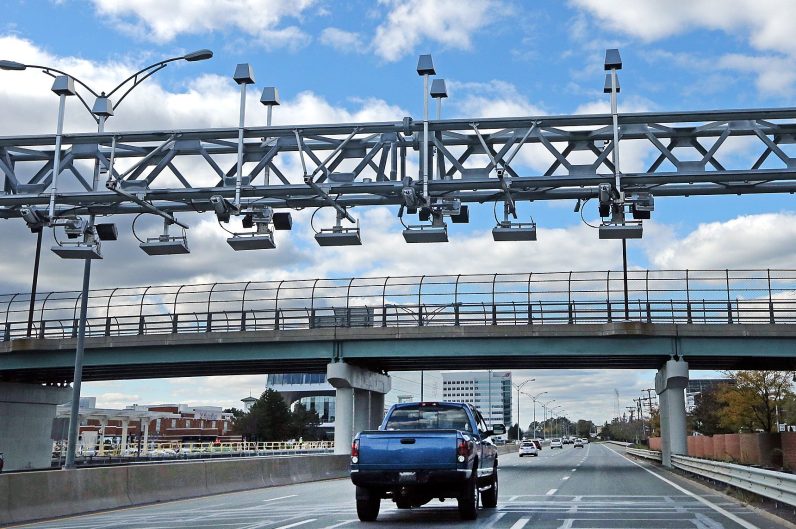 Move CT Forward, a coalition of construction and labor associations who have thrown their weight behind Gov. Ned Lamont’s plan to install tolls on Connecticut’s highways, spent nearly $1 million on lobbying during the legislative session.

According to second quarter filings with the Connecticut Office of State Ethics, Move CT Forward poured $991,999.85 into convincing lawmakers – and the public – to support tolls.

Most of that effort came in April, when Move CT Forward launched a media blitz of television and radio ads.

But other groups with links to the push for tolls also spent money lobbying during the session on transportation-related issues, although most of the filings lack specific reference to tolls.

CCIA spent $205,138.47 for lobbying during the session, which includes salary for Shubert who acted as the organization’s in-house lobbyist, as well as costs for a contract lobbyist group and other expenses.

HNTB Corporation — a consultant and planner for some of Connecticut’s major transportation projects — contracted with Global Strategy Group and spent $79,762.50.

Global Strategy Group’s executive director is Roy Occhiogrosso, a former advisor to Gov. Dannel Malloy who – along with other political consultants and lobbyists – authored a “play book” for selling tolls to lawmakers and the public through aggressive marketing and trying to convince legislative hold outs to vote for tolls in exchange for other policy changes.

CDM Smith, Inc., which authored Connecticut’s major tolling studies and serves as a consultant for transportation projects, also contracted with a lobbyist group for $20,000.

As part of their initial lobbyist filing, CDM Smith and Capital Strategies Group indicated they would be lobbying the Department of Transportation specifically on tolls.

But there could be more spending in the very near future because the governor is continuing his push for tolling legislation and trying to keep the issue at the forefront of Connecticut’s political agenda.

Despite the money, political insider experience and a strong push by Gov. Ned Lamont for tolls, the legislative session ended without a vote and without any noticeable change in public opposition to the measure.

The most recent poll from Sacred Heart University showed 60 percent of those surveyed still opposed tolls on the highway, virtually the same figure as reported in their previous poll.

Although Democrats retain a large majority in the House of Representatives and the Senate, the toll issue was put on the back-burner near the end of session as lawmakers turned their attention to the budget.

Lamont said he will call the legislature into special session during the summer for a vote on tolls and has held one meeting so far with legislative leaders in an effort to schedule that session.

At the press conference following the June 19 meeting, however, the governor indicated there remains a “divide” between Republicans and the Democrats over tolls.

Republican Senate Minority Leader Len Fasano, R-North Haven, and Republican House Minority Leader Themis Klarides, R-Derby, both said their caucus steadfastly opposes tolls and speculated that Democrats either don’t have the votes to pass tolls or don’t want an entirely partisan vote on a major issue that has proven unpopular.

A special session to approve a bonding package for Connecticut schools and construction is tentatively scheduled for July 22.

Although the governor has previously indicated he wanted to couple the bonding package with a tolls vote, House Speaker Joe Aresimowicz, D-Berlin, said he is unsure whether such a vote would be successful.

Despite the summer lull, the leading voice of the anti-toll movement — No Tolls CT — has continued holding small rallies with volunteers waving signs on highway overpasses, going to community events and door knocking to gain more petition signatures from residents who don’t want electronic tolls on the highways.

In May, No Tolls CT delivered 100,000 petition signatures to the governor’s office. As of July 10, the grassroots organization had 105,899 signatures.

“We may not have the money to pay for all the advertisements of these pro-tolls groups, but we have the people of Connecticut behind us,” Sasser said. “And I think it shows.”