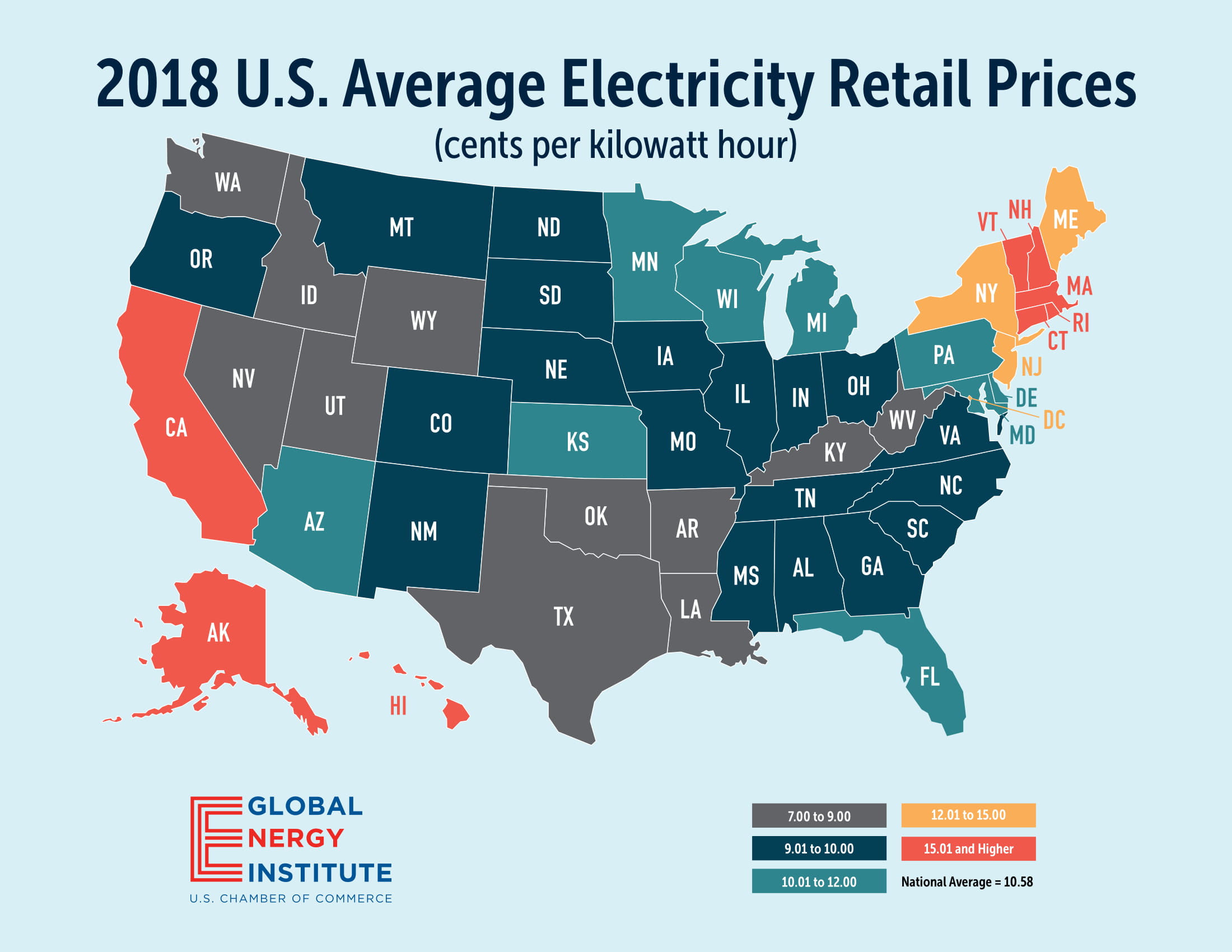 A bill to create an “Environmental Infrastructure Bank” would add a one mill per kilowatt hour tax onto electric bills for Connecticut residents, who already pay the highest electric rates in the continental United States, according to the Global Energy Institute and U.S. Energy Information Administration.

The tax will be used to fund the Connecticut Earth Bank, a quasi-public entity which would “promote investment in environmental infrastructure,” similar to the Connecticut Green Bank which focuses on investing in renewable energies for Connecticut.

The Connecticut Earth Bank, however, would focus on development, structures, equipment and technology “related to the management or preservation of the natural resources of the state.”

But for Connecticut residents and businesses already facing the highest energy rates among the 48 contiguous states, the added tax may just be another added cost to living in Connecticut.

Rocky Hill resident John Chunis offered written testimony on the bill, which faces a public hearing before the Environment Committee on Monday.

“This is highly regressive, as low-income citizens, families and retirees, are struggling to make ends meet on a daily basis, and if this bill passes, they will have to pay even more for their electricity,” Chunis wrote.

Connecticut’s electric companies are not thrilled with the idea, either. Mitch Gross of Eversource said that although the company supports the environmental goals of the bill, they are concerned with its affect on rate-payers.

“We are concerned because funding would mean an additional charge on our customers’ electric bills,” Gross said. “We’re always mindful of the effect the price of power has on our customers, particularly those who are facing difficult financial circumstances.”

Likewise, Edward Crowder, spokesman for Avangrid, which owns United Illuminating, said the company opposes the bill in its current form, saying the Earth Bank “appears to have no relationship to energy production or utilization in Connecticut.”

This new tax would also be assessed in a very regressive manner. It would be imposed on all electric ratepayers of the electric distribution companies in Connecticut but not those serviced by municipal utilities, resulting in approximately 6 percent of the state’s residents being exempt from the tax. It would also be imposed regardless of a person’s income, and would most impact those with the least ability to pay.

“This new tax would also be assessed in a very regressive manner. It would be imposed on all electric ratepayers of the electric distribution companies in Connecticut but not those serviced by municipal utilities, resulting in approximately 6 percent of the state’s residents being exempt from the tax,” Crowder wrote in an email. “It would also be imposed regardless of a person’s income, and would most impact those with the least ability to pay.”

Connecticut has a poor history when it comes to maintaining banks of revenue funded by taxpayers and electricity rate payers, which have frequently been raided by the legislature to fill budget gaps rather than being used for their stated purpose.

The Connecticut Energy Efficiency Fund is funded by a surcharge on Connecticut residents’ electric bills as well as revenue from the Regional Greenhouse Gas Initiative. The revenue is used to fund a number of different energy initiatives.

However, that fund was raided for $175 million as part of the 2017 budget agreement to solve a massive budget deficit driven largely by Connecticut’s fixed costs. The raid reportedly cost jobs in Connecticut’s energy efficiency market.

Similar funds like the Tobacco Fund, meant to fund anti-smoking programs, and dedicated funding to install seat belts on school buses have been used in the past to fill budget gaps as well — to the point lawmakers finally put the school bus seat belt fund to rest.

Quasi-public entities in Connecticut, including the Green Bank and the CT Lottery Corp., are generally funded through a variety of investments, private partnerships or dedicated revenue streams, but they also open the door for high executive salaries.

Bryan Garcia, CEO for the Connecticut Green Bank, earned a salary of $210,104 in 2018. Similarly, the former CEO of the Connecticut Lottery Corp. Anne Noble earned $221, 806 before resigning with a lucrative separation agreement following a lottery scandal.

Despite being quasi-public agencies, employees and directors are considered state employees and entitled to state benefits, meaning the creation of a new Connecticut Earth Bank would add more employees and a board of directors to Connecticut’s payroll, all funded through a new tax on consumers’ electric bills.

The Earth Bank would also be able to issue bonds and make loans, according to the bill.

In general, according to the Global Energy Institute, electricity costs in the Northeast were higher than in any other part of the country besides California.

Global Energy Institute said the discrepancy between Northeastern states and the rest of the country was due to its reliance on natural gas for power combined with residents’ unwillingness to expand the existing infrastructure to deliver that natural gas.

The only other states with higher energy costs than Connecticut were Hawaii and Alaska, according data from the U.S. Energy Information Administration.