Tolls Highly Unpopular with Struggling Connecticut Residents, According to Pollsters 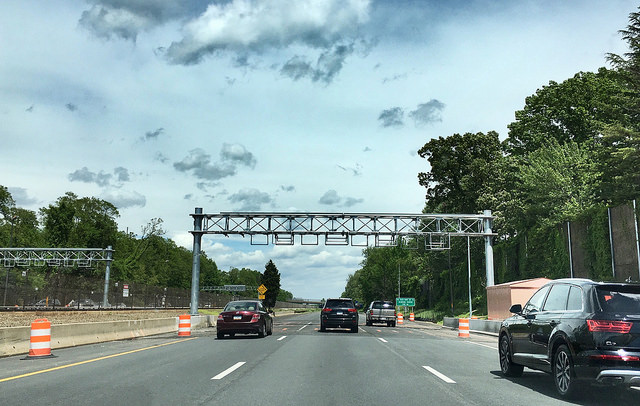 A poll released by Sacred Heart University showed that middle-income families in Connecticut are not only struggling to maintain their lifestyle but are largely opposed to tolls on highways which would increase their cost of living.

Sixty-one percent of respondents who earned between $50,000 and $150,000 per year reported it was “difficult” to maintain their standard of living in Connecticut and blamed high taxes and price increases.

Seamus McNamee of Great Blue Research, which partnered with Sacred Heart University to conduct the poll, said the data shows increased opposition to tolls among Connecticut’s middle and working-class populations.

First and foremost, when we just look at those residents who reported to have difficulty maintaining their standard of living, 67.2 percent of those respondents also opposed the implementation of ‘e-tolling.’

“First and foremost, when we just look at those residents who reported to have difficulty maintaining their standard of living, 67.2 percent of those respondents also opposed the implementation ‘e-tolling.’” McNamee wrote in an email. “This indicates that those folks who may, from their own perspective, not necessarily feel like they have a lot of extra income are more likely to oppose tolling than the general population.”

McNamee also said the strongest opposition to tolls came from those earning less than $50,000 per year (61.9 percent) and those earning $50,000 to $100,000 per year (63.6 percent). “These two buckets of respondents also had the most difficulty maintaining their standard of living as well,” McNamee said.

Critics say tolling Connecticut’s highways is a regressive tax that will increase the cost of living in Connecticut, not only by tolling commuters, but by increasing the cost of delivering goods to stores and customers.

In a press release, Patrick Sasser, head of No Tolls CT said the poll confirmed what his organization already knew: that the majority of Connecticut opposes tolls.

“Connecticut residents don’t want to be taxed for driving to work,” Sasser said. “This issue crosses party lines. It’s not just about tolls, it’s how tolls would affect the quality of life in Connecticut and I think the Sacred Heart polling data shows tolls would hurt people who are already struggling to maintain a decent lifestyle in this state.”

Proponents, however, say tolling is necessary in order to fix Connecticut’s aging infrastructure, thereby attract businesses and residents to the state.

In a press release, Gov. Ned Lamont’s Senior Advisor Colleen Flanagan said the report showed that the majority of people favored tolls – if the funds were protected by the Transportation Lock Box.

“The majority of Connecticut residents – over 50 percent – likely support tolling when they learn that the funds generated will be subject to protections, such as the state transportation lockbox, as approved by Connecticut voters, as well as federal law that mandates use on transportation infrastructure only,” Flanagan said.

However, the poll asked respondents whether they would support tolls if the revenue would be spent on “roads, bridges and highways,” not generalized “infrastructure.”

Lamont and other lawmakers have touted tolls as a way to fix Connecticut’s rail system, floating a 30/30/30 plan to make Connecticut’s trains on the Metro-North run faster.

Connecticut drivers subsidize public transportation – including Metro-North – through the gasoline tax, petroleum gross receipts tax and a variety of vehicle taxes and fees.

Spending on public transportation has grown significantly over the past 18 years and has included the construction of the CTFastrak bus line and the Hartford Rail Line which runs from New Haven to Springfield.

While the Transportation Lock Box was passed in a November 2018 referendum, Lamont has proposed freezing a scheduled transfer of vehicle sales tax revenue to the Special Transportation Fund.

The sales tax transfer is not protected by the lock box and freezing the transfer at 8 percent will deprive the STF of over $1 billion over the next four years, essentially bankrupting the fund by 2022.

Sasser says Lamont is trying to spin the results of the poll in his favor.

“This poll is just more proof that tolls are the wrong choice for Connecticut and you can’t spin that any other way,” Sasser said.