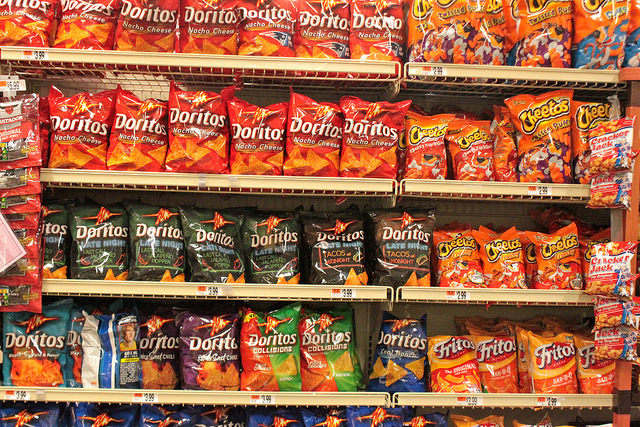 Gov. Ned Lamont may have backed away from the idea of taxing groceries, but part of his budget would order a study to define and examine the feasibility of taxing “junk food.”

However, the study would examine creating another “sin tax” for Connecticut residents shopping at the grocery store. Connecticut could be the first state in the country to have such a tax if the the recommendations are enacted.

According to Senate Bill 877, the secretary of the Office of Policy and Management and the commissioners of the Department of Public Health and Department of Revenue Services “shall conduct a study to define ‘junk food’ and examine the administrative feasibility of imposing a tax on such junk food.”

The study and report would be presented to relevant legislative committees no later than January 1, 2020.

Wayne Pesce, president of the CT Food Association which includes major grocery store chains, said he hopes that if the governor has a study on taxing junk food, CTFA would be able to offer insights.

“We have well thought-out strategies to communicate with consumers and a wealth of information on this subject,” Pesce said. “It is not our intention to choose for consumers what food items they should purchase or eat, however we do look to provide our customers with as much information on the products that we offer so they can make informed decisions.”

Lamont’s budget proposal calls for expanding the sales tax to include a number of different services and products, including non-prescriptions medications.

The governor backed off a reported idea of taxing groceries, but a potential junk food tax could offer a way to expand Connecticut’s sales tax base to include some grocery items.

Of course, the definition of junk food is left to the commissioners and OPM secretary to decide through their study, which would ultimately determine which products should be taxed and what the taxing structure may look like.

A recent push by the American Public Health Association to institute a national junk food tax may offer insight.

The American Journal of Public Health published a study that mirrors the governor’s proposed commission – namely evaluating the “legal and administrative feasibility of junk food tax,” including assessing which foods are defined as junk.

The authors defined junk food as “non-essential” foods and proposed an excise tax directly on manufacturers based on the amount of starch, sugar, salt and trans fats.”

Mexico and Hungary both have junk food taxes and, according to recent evaluations, there has been a decline in junk food purchases in those countries.

While every state taxes tobacco products, taxing other products deemed unhealthy is growing in popularity, but the economic results are mixed.

Several cities such as Philadelphia have instituted taxes on soda, but the economic results hurt store owners, beverage distributors and caused consumers pain at the check-out aisle.

Lamont has proposed a state-wide tax of 1.5-cents per ounce on all sugar-sweetened beverages, which would bring in an estimated $160 million per year, according to the governor’s budget projections.

Other potential sin taxes in Lamont’s budget include a 10-cent tax on plastic grocery bags and increasing taxes on vaping and e-cigarette products.